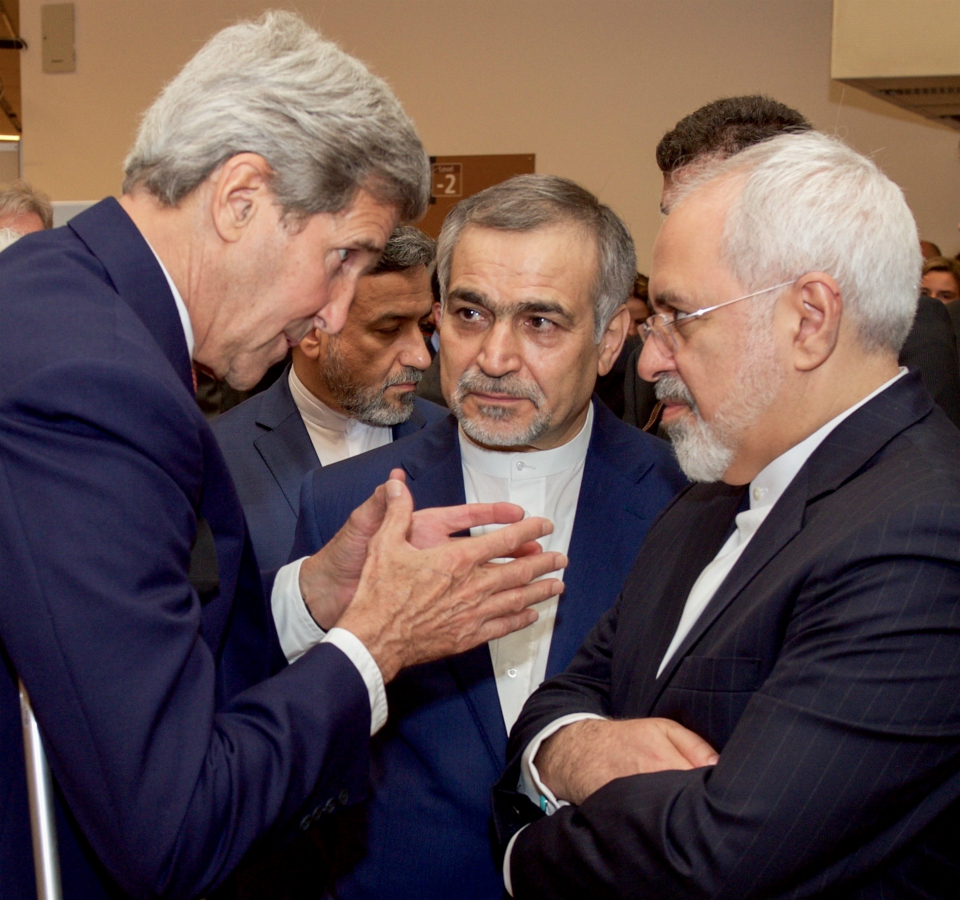 Israeli Prime Minister Benjamin Netanyahu released more than 100,000 Iranian documents on Monday in an unprecedented global news conference detailing how the “nuclear deal” reached with the Obama administration was “based on lies.”

“Iran did not come clean on its nuclear program,” he said in a speech that comes on the heels of Israeli airstrikes against a pair of Iranian bases in neighboring Syria and as President Donald J. Trump is nearing a decision on whether he wants the U.S. to remain in the deal.

Presenting 55,000 pages of documents and 183 CDs, Netanyahu said Iran hid an “atomic archive” of documents on its nuclear program.

“This is an original Iranian presentation from these files,” Netanyahu said, emphasizing that “the mission statement is to design, produce and test five warheads with 10 kilotons of TNT yield for integration on missiles.”

Haaretz reported that “intelligence experts” and “diplomats” — the paper did not name names or intelligence services — say Netanyahu did not provide “smoking gun evidence” that Iran is continuing to covertly pursue a nuclear weapons program, in obvious violation of the agreement.

But the news service did say he appears to have bolstered the case Trump has been trying to make: That the deal was not good from the outset.

The Islamic republic is “blatantly lying” when it claims it does not have a nuclear weapons program, said the Israeli leader as he continued to lay out evidence that appeared to substantiate his claims.

During the press conference, Netanyahu talked of a secret Iranian nuclear project codenamed “Amad” which he said was largely abandoned in 2003, though field work had continued.

“After signing the nuclear deal in 2015, Iran intensified its efforts to hide its secret files,” said Netanyahu. “In 2017 Iran moved its nuclear weapons files to a highly secret location in Tehran.”

He added that documents indicate Iran’s Fordow nuclear plant was “designed from the get-go for nuclear weapons project Amad.”

In conclusion, Netanyahu — standing before volumes of black, green and red binders as well as scores of CDs — said: “Iran lied about never having a secret nuclear program. Secondly, even after the deal, it continued to expand its nuclear program for future use. Thirdly, Iran lied by not coming clean to the IAEA [International Atomic Energy Agency].”

He added that “the nuclear deal is based on lies based on Iranian deception.”

Trump, who spoke about 30 minutes after Netanyahu’s press conference, said the evidence presented by the Israeli leader “showed that I was 100 percent right” to criticize the deal.

Israel was so against it that Netanyahu actually traveled to Washington, D.C., to give a speech to Congress urging lawmakers to reject it. But the Obama administration never presented it to the Senate as a treaty for ratification; rather, Obama called it by another name — a “non-binding agreement.”

Republicans weren’t buying it. “This is clearly a treaty” subject to the Senate’s advice and consent, said Sen. John McCain, R-Arizona, at the time. “They can call it a banana, but it’s a treaty.”

It never did get “treaty” treatment, though. Obama knew he would never get a two-thirds of senators to “consent.” So he stuck with “non-binding agreement” and did the deal anyway (and Democrats want to impeach Trump?).

Netanyahu knew the deal was dirty from the outset. So did Obama, most likely. Now we have proof.

See more of this national security content at NationalSecurity.news.