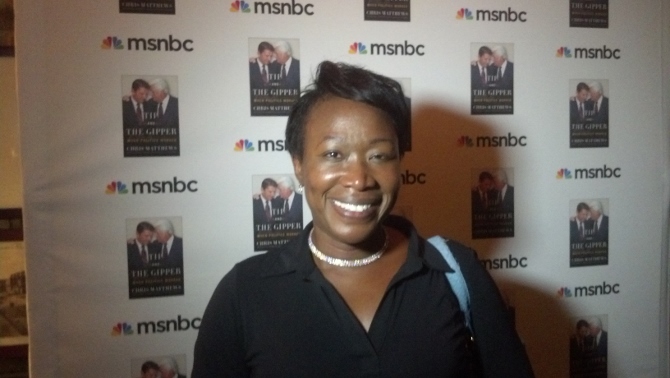 Like her or be disgusted by her, MSNBC host Joy Reid is lucky she lives in a country that allows her to voice her opinions — no matter how ill-informed — about President Donald J. Trump, Republicans and conservatives in general, and anyone else who happens to disagree with her.

But like every other American (not named Clinton, Comey, or McCabe), she can’t tell the FBI a fib and not be in legal trouble for it.

Yet, many believe she did just that when she and her legal team made a report to the bureau recently claiming that a bunch of homophobic writings on an old blog of hers were put there by hackers.

As reported by The National Sentinel, cybersecurity expert Jason McNew, who spent a dozen years working for the White House and Camp David under Presidents George W. Bush and Barack Obama, told The Daily Caller it will be difficult for Reid to prove her innocence.

“Her claims are incredulous, to say the least. Proving what she’s saying with any certainty would be extremely difficult,” McNew said. “People’s viewpoints have changed a lot [in the last 25 years].”

As further reported by The Western Journal:

In a statement Monday to Mediaite, Reid claimed an “unknown, external party” accessed her now-defunct blog and added, “offensive and hateful references that are fabricated and run counter to my personal beliefs and ideology.” Reid claimed she discovered the hacks after she began working with “a cyber-security expert who first identified the unauthorized activity.”

Hence the FBI report, which she may have made to give her claims some credibility. Only, the FBI isn’t in the “save your reputation” business; they’re in the federal law enforcement business, and sending the bureau on a wild goose chase just because you wrote something stupid more than a decade ago (Reid now says she doesn’t think she wrote those things) isn’t advisable, legally speaking, according to an analysis by Law & Crime’s Colin Kalmbacher.

It’s possible the FBI opened an investigation on its own — improbable, but possible. But if not, this filing could be a violation of 18 U.S. Code § 1001, which pertains to “materially false, fictitious, or fraudulent statement or representation,” among other things, Kalmbacher notes.

However, it’s tricky he says. That’s because the statute has a “knowingly and willingly” knowledge requirement.

Reid could use the ‘findings’ of an independent cyber-researcher (whose conclusions have been debunked, by the way) to make her claims that she’d been hacked; that would make it difficult if not impossible to prove ‘willfully’ and ‘knowingly.’ But if Reid is lying about not making the posts in the first place and used Nichols as a ploy to advance the lie, then she’s far more likely to face legal problems (violation of the statute carries a maximum of five years in prison along with a hefty fine).

It’s not yet clear whether Reid has violated federal statutes or even if she and her network, through attorneys, are the ones who filed a complaint with the FBI.

But if they are — and they are lying — she’ll have wished she had just owned up to the posts in the first place and rode out the storm.