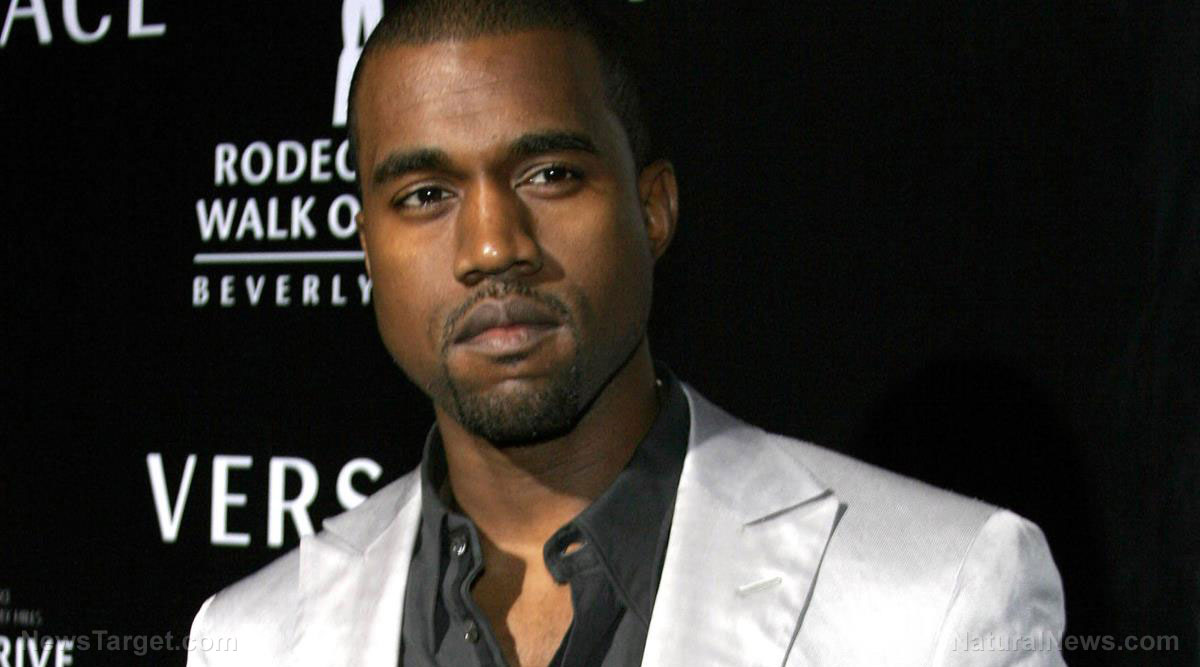 The Left, and especially libtard hypocrites in the entertainment industry, are continuing their meltdown in response to just about everything rapper Kanye West tweets or says these days after he professed his “love” for President Donald J. Trump.

As a black man and especially a rapper, you just don’t do that because we all know Trump’s a gigantic racist and bigot and as such, he’s to be universally shunned by all minorities.

Kanye sees things differently. Namely, he believes that, regardless of your skin color and background, you ought to have a mind of your own and use it to think rather than react viscerally with emotion to events that occur around you.

But then, that’s what is separating him from his once-steadfast allies; thinking and using one’s brain, along with experience, to form opinions about issues, about people, and about society as a whole is what is really so offensive to his new enemies. As a liberal plantation inhabitant, you’re not supposed to do any of those things; you’re just supposed to accept — and then parrot — what the Alt-Left Democratic masses tell you.

Speaking of plantations, Kanye set the haters off again with comments he made this week regarding slavery.

In an interview with TMZ, it appears as though he was saying that ‘400 years of slavery was a choice’ — but the clip was doctored to make it seem like Kanye was saying African-Americans know who became slaves did so out of choice, which was totally not what he said.

As explained by Alex Jones at Infowars, Kanye’s point was that people today — especially minorities — who continue under the mindset that they aren’t any better off now than then and that they remain ‘enslaved’ by a white majority population have chosen to adopt that mindset.

It’s a “victim” mentality that is “almost impossible to get out of,” Jones noted — and that’s what Kanye’s message was really about.

One of the TMZ interviewers claimed that people didn’t “necessarily understand” why Kanye wore a red “Make America Great Again” hat last week — Trump’s 2016 campaign slogan — and asked, “What are you trying to do with the message you’re sending?”

Well, it was really just my subconscious. It was a feeling I had. You know, like, people were taught how to think, we’re taught how to feel, we don’t know how to think for ourselves, we don’t know how to feel for ourselves. People say, ‘Feel free,’ but they don’t really want us to feel free and…I felt a freedom and, first of all, just doing something that everybody tells you not to do.

How things have changed

Kanye — and the TMZ hosts — go on to note that before Trump was elected president, he was a “favorite” in the rap community, along with Snoop Dogg, who has since denigrated Trump in various videos and songs and not-so-subtly threatened him as well. Trump was an early promoter of hip-hop and was heavy into the culture beginning decades ago.

But after Trump was elected and the American Pravda media began pressuring the entertainment industry — basically instructing them to all hate someone most of them used to love — they rolled over and did as they were told.

Kanye went on to explain that yes, “I’m still hip-hop, I’m still with the black community,” but that he’s more than just that and should be considered as such.

But then TMZ ended that segment during the editing process and cut immediately to his “controversial” comments about slavery.

It was clear, in context, that Kanye was saying people can either choose to adopt the ‘slavery’ mentality and live in that past because they’re essentially being ‘told’ they should, or they can do what he has done and shed the persona and groupthink and truly be an individual.

See more news about breaking free from the confines of far-Left groupthink at Freedom.news.