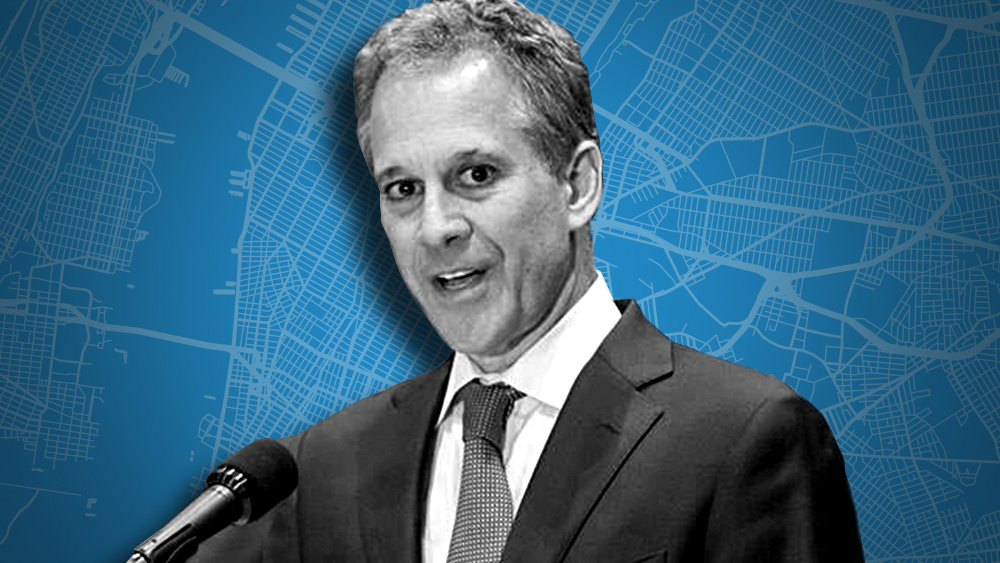 New York’s attorney general, Eric Schneiderman — a champion of the Alt-Left who has made a name for himself in his state and around the country for opposing President Donald J. Trump’s agenda — has resigned amid a number of allegations from four women that he beat and abused them.

The women, two of whom have gone public and two of whom have chosen to remain anonymous out of fear of retribution, have all alleged that Schneiderman physically and mentally abused them, including slapping them across the face and injuring them to the point they had to seek medical attention.

As reported by The New Yorker, the women made a number of disturbing claims again a man who claimed to be a champion of the #MeToo movement:

They accuse Schneiderman of having subjected them to nonconsensual physical violence. All have been reluctant to speak out, fearing reprisal. But two of the women, Michelle Manning Barish and Tanya Selvaratnam, have talked to The New Yorker on the record, because they feel that doing so could protect other women. They allege that he repeatedly hit them, often after drinking, frequently in bed and never with their consent.

The magazine noted further that Manning Barish and Selvaratnam characterized the abuse as an “assault.” Though they never reported Schneiderman’s actions to police, they both said they sought medical attention for their injuries after they were slapped hard across the ear and face as well as choked.

A third woman who was also romantically involved with the former AG told Manning Barish and Selvaratnam that he regularly subjected her to nonconsensual physical abuse, but she’s too scared to come forward publicly. The New Yorker reported that it has independently fact-checked those accounts.

A fourth woman who is an attorney and who has held several prominent posts within the New York legal community said that the AG made a sexual advance towards her but when she rebuffed those advances, he slapped her across the face so hard it left a mark that hung around until the next day.

“She recalls screaming in surprise and pain, and beginning to cry, and says that she felt frightened,” the magazine reported. “She has asked to remain unidentified, but shared a photograph of the injury with The New Yorker.”

As further noted by Mediaite:

In response to the report, Schneiderman denied he engaged in any non-consensual behavior and said he had been “role-playing.” Governor Andrew Cuomo and Senator Kirsten Gillibrand had called on him to resign earlier tonight.

Schneiderman, who has fought the Trump administration over everything from immigration enforcement to climate policy, issued a statement as he stepped down.

“It’s been my great honor and privilege to serve as attorney general for the people of the State of New York,” he said. “In the last several hours, serious allegations, which I strongly contest, have been made against me.

“While these allegations are unrelated to my professional conduct or the operations of the office, they will effectively prevent me from leading the office’s work at this critical time. I, therefore, resign my office, effective at the close of business on May 8, 2018.”

It should be noted that Schneiderman joins a long and growing list of Left-wing Democrats and Democrat-leaning men who have either admitted to physically abusing women or who have been accused of doing the same.

It also should be noted that Schneiderman’s behavior — like that of Weinstein’s — was long known. Even President Trump tweeted his suspicions in 2013:

Weiner is gone, Spitzer is gone – next will be lightweight A.G. Eric Schneiderman. Is he a crook? Wait and see, worse than Spitzer or Weiner

Speaking of Trump, the new revelations about Schneiderman really make those involving Stormy Daniels — who has alternately claimed their tryst did and did not happen — pale in comparison.