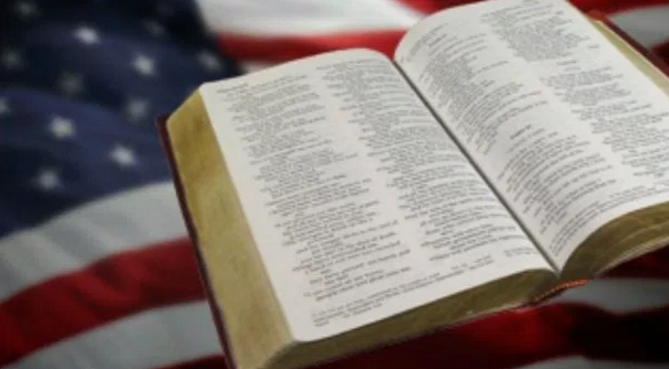 In a recent opinion piece for FoxNews.com, author Douglas MacKinnon described a heart-wrenching question that he was recently asked by a friend: “How much longer will I be allowed to remain a Christian?”

This is more than just a fair question; it’s one that Christians in America and around the world should all be asking themselves. Indeed, Christianity is under attack, and there are evil people out there who would love nothing more than to bring about the genocidal extermination of Christians on a global scale.

“In various parts of the Middle East, there is a genocidal cleansing of Christians being carried out,” MacKinnon writes. “Women, men, and their young children are being slaughtered because of their faith and world leaders and most of the media turn their backs in bored indifference.”

This is a good point. For Christians, the problem isn’t just that they are being targeted within the United States and across the world; it’s that the media refuses to even report on this religious genocide. They would much rather talk about things like Stormy Daniels or the phony investigation into so-called “collusion” between Donald Trump and the Russians. To them, this is the interesting news. The slaughtering of Christians around the world? Not so much.

Back in 2016, the Media Research Center published a report detailing this lack of coverage, stating that between January 2014 and June 2016, networks like ABC, CBS and NBC only mentioned the plight of Christians in Muslim countries in 60 stories, which is an average of just one story every two weeks across all three of the networks. This is completely unacceptable, and Christians everywhere should be outraged that the liberal mainstream media is ignoring their persecution.

But it’s not just in other parts of the world where Christians are being severely mistreated. As explained by MacKinnon, “Here in the United States, Christians and Christianity are mocked, belittled, smeared and attacked by some on a daily basis. This is a bigoted practice that is not only increasing exponentially, but is being encouraged and sanctioned by a number on the left.”

This, too, is an excellent point. More and more frequently, Christians in the United States are being treated as second-class citizens simply because they believe in Jesus Christ and the Bible. Earlier this month, Dan Piepenbring wrote an article for the New Yorker titled, “Chick-Fil-A’s Creepy Infiltration of New York City,” in which he argued that Chick-Fil-A opening new restaurants in the Big Apple felt like an infiltration “in no small part because of its pervasive Christian traditionalism.”

When it comes to college campuses, Christianity is not safe either. As a matter of fact, one could easily argue that America’s education system is home to some of the most anti-Christian sentiments in the entire country. Dr. Robert Maranto, who serves as the Endowed Chair of Leadership at the University of Arkansas Department of Education Reform, made this very argument back in July of 2017, explaining to Campus Reform that he believes Christians are currently facing unfair treatment and discrimination within academia. Dr. Maranto pointed out the fact that when it comes to religions like Islam or Hinduism, “we’re not at all critical of those traditional faiths, but we are often very critical of traditional Christianity.”

The United States of America was founded on Christian-Judeo principles, and it really is a shame that now, after over two hundred years of progressivism and cultural decay, Christianity is being explicitly targeted for extinction. Reversing this trend is a daunting task, no doubt, but it is a task that Christians around the world must work to complete… before it’s too late.