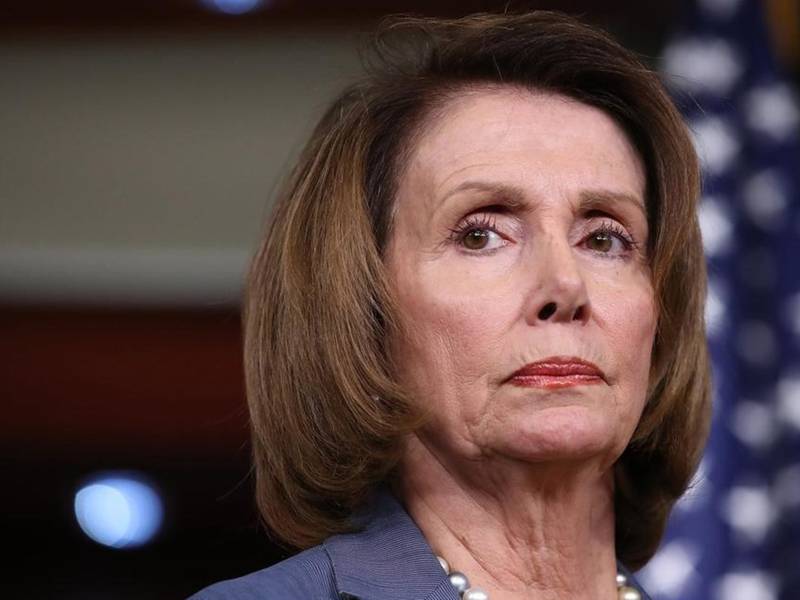 Democrats bristle when they are accused of loving foreigners and criminals more than American citizens but they keep demonstrating it at every opportunity.

Case in point: The recent condemnation of President Donald J. Trump over remarks he made regarding MS-13 gang members.

During a recent summit at the White House to discuss Democrat-imposed “sanctuary city” and “sanctuary state” laws — ordinances which essentially prohibit local police from cooperating with federal immigration authorities — the president described the gang members as “animals” based on the criminal behaviors (and convictions) of many of the group’s members.

That comment drew the ire of the Left-wing “mainstream” media and Democrats, including the party’s top elected official, House Minority Leader Nancy Pelosi of California.

Of course, she went on to to lie about what Trump actually said; she told the TV cameras with a straight face that the president was talking about all illegal immigrants.

“When the president of the United States says about undocumented immigrants, ‘These aren’t people, these are animals,’ you have to wonder, does he not believe in the spark of divinity, the dignity and worth of every person?” said House Minority Leader Nancy Pelosi, D-Calif., in comments that were like those broadcast by others on Left-wing networks like CNN, MSNBC, and others.

He wasn’t, as evidenced by this video clip put out by the GOP:

See it for yourself. Take one minute to watch the full context of @realDonaldTrump’s comment on MS-13 members. pic.twitter.com/JO7udI9Lyu

But what struck many about Pelosi’s comments — she knew exactly what Trump said and the context in which he said it — was her description of even violent illegal alien criminals as being “the spark of divinity.”

Is she kidding? No, she’s not, and that’s the problem, critics note.

As reported by Breitbart News, MS-13 gang members are violent and deadly, and behave very much like animals — or at minimum human beings devoid of any “spark of divinity.”

Nothing ‘divine’ about this gang

Here are some examples of their most recent heinous crimes:

— Prosecutors in Montgomery County, Md., have charged Miguel Angel “Noctorno” Ayala-Rivera, 24, a known MS-13 leader from El Salvador (where MS-13 originates), for ordering the beating death of a 15-year-old girl with a baseball bat. She had been forced into prostitution. Reports noted that he “pimped” the girl out with other underage females. Two others have been charged as well. Reports said Noctorno and the other two took them to their “hideout” where they and others took turns beating her with the bat. The coroner’s office said she received at least 28 blows, suffered “indented” buttocks, and bleeding from the neck down. The reason: She wasn’t ‘producing’ well as a prostitute.

— In another case in Maryland, police say a gang of 10 MS-13 members murdered a man by stabbing him more than 100 times before beheading and otherwise dismembering him — before cutting out his heart. As of this writing, the victim has yet to be identified.

— Thirteen MS-13 members, 10 of whom are in the country illegally, have been indicted by a federal court for the stabbing and beating death of two teenage girls in New York. According to authorities, gang members noticed the two girls while they were looking for rival gang members to fight with. The girls, Nisa Mickens and Kayla Cuevas, where killed by members “swinging baseball bats and machetes” at them as they both ran for their lives.

— The bodies of Michael Lopez Banegas, 20, Jefferson Villalobos, 18, Jorge Tigre, 18, and Justin Llivicura, 16, were found in Long Island, N.Y., recently after they were beaten to death “brutally,” according to authorities. MS-13 members are suspected because the modus operandi fits the gang and there is a strong MS-13 presence in the area.

“Spark of divinity?” “Dignity?” “Worth?” Surely Pelosi was talking about these victims…right?