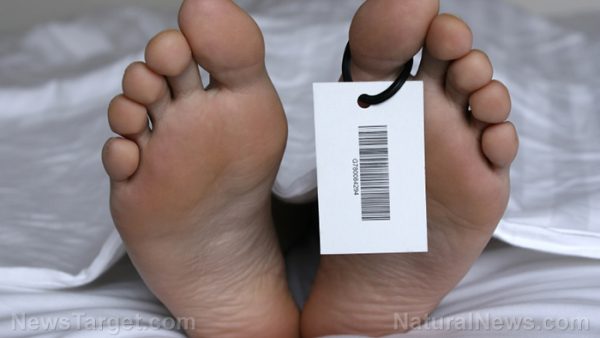 If you’ve ever toyed with – or perhaps already committed to – the idea of donating your body to medical science when you die, a shocking story out of Detroit might have you thinking again. Arthur Rathburn, 64, was recently sentenced to nine years in federal prison and fined $761,000, for selling and renting out body parts infected with hepatitis and HIV to medical and dental schools as well as to other organizations.

While the judge who presided over the case, U.S. District Judge Paul Borman, was mainly concerned with the fact that the body parts Rathburn was “distributing” were diseased, the case highlights some other disturbing facts regarding the use of body parts that have been donated to science.

Believe it or not, Rathburn’s business of selling and renting out donated body parts is perfectly legal, despite the total lack of dignity associated with the idea of making money off renting out limbs, etc. How many times does one body part get rented out? What happens to it between rentals? Is that really what the donor had in mind when they selflessly donated their body?

Federal prosecutors said he provided cadavers for 142 training courses from the late 1990s through 2013. Some of those cadavers were from donors who had HIV or Hepatitis B and C.  Rathburn “lied” to customers about the condition of the bodies through his contracts with them, which had indicated the bodies would be tested or screened for the communicable diseases.

The inhumane and undignified way in which he handled these people was even more disgusting, however.

Federal investigators described a grisly and gruesome scene at Rathburn’s lab where, they said, human heads and other body parts were stored in Tupperware and Rubbermaid containers and 55-gallon drums. Bodies were allegedly frozen skin to skin and “piles” of body parts were frozen together. Some of the bodies were missing arms and legs, investigators said.

Despite this, Rathburn insists he did nothing wrong, that the use of these bodies was necessary, and that he utilized each one to the best of his ability.

It would be natural to assume that an industry which controls the sensitive use of donated body parts would be heavily regulated. In fact, it is subject to virtually no scrutiny or regulation, which is why Rathburn got away with his callous disregard for people for as long as he did.

Assistant U.S. Attorney Jon Neal warned that while he believes the distribution of donated body parts to be a “very necessary, very important field,” it is none-the-less not well regulated and that there may be more unscrupulous individuals like Rathburn operating within it. (Related: Accused murderer receives liver organ transplant while others wait to die.)

The U.S. Attorney’s office issued a statement denouncing Rathburn’s actions and expressing the hope that his sentence will bring closure to the families of the victims.

“Rathburn’s disgraceful conduct not only put the health of innocent people at risk, he showed a complete lack of regard for the donors and their families, who are all victims,” he added. (Related: Horror as patient wakes up in NY hospital with doctors trying to harvest her organs for transplant profits.)

So, is it perhaps time to rethink that commitment to selflessly donating your body to science after your death?

Read more stories about strange and demented happenings at Twisted.news.