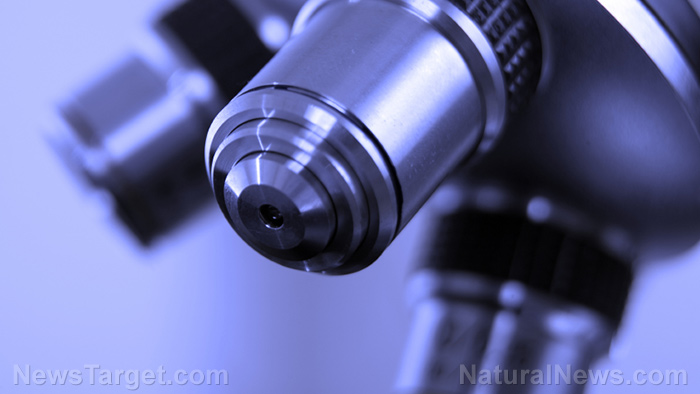 Microscopes are essential tools in various fields of science, but much like other forms of technology, scientists have decided that the bulky microscope should have a portable – tiny even – version, to make it possible to use it to image many of the areas deep inside the body.

Traditional fluorescent microscopes are important tools in biology and medical practice. Doctors use them to peer into a patient’s eye, examine tissues for signs of cancer, and to help perform surgeries. These devices pick up signals from particles within cells and tissues that are illuminated with specific wavelengths of light. This allows scientists to probe and track biological agents with nanometer-scale resolution.

Traditional microscopes and similar devices such as telescopes and cameras depend on the size of their lenses, which can be large and heavy, limiting their use in certain applications. (Related: Have you heard of a GIGAPIXEL? The hunt for alien life is getting a new gigantic telescope in Chile equipped with the biggest digital camera on Earth.)

This drawback prompted engineers from Rice University to develop a thin fluorescent microscope called FlatScope that doesn’t use any lenses at all and is so small that it can sit on your fingertip. The tiny microscope is said to be thinner than a credit card and small enough to fit on the end of an endoscope. It’s also capable of micrometer resolution over a volume of several cubic millimeters.

The lenses of traditional microscopes work by either gathering less light from a large field of view or gathering more light from a smaller field. The engineers aimed to remove this trade-off when they created FlatScope.

The microscope creates a high-quality image through an “amplitude mask” which seems to be a precisely engineered diffraction grating. The sensor captures the light that comes through the mask, which becomes data that a computer program interprets to produce images. Then an algorithm focuses on any part of the 3D data the scope captures and converts the imaging data into a high-resolution picture. The algorithm produces images of objects on a micron scale anywhere in the field.

“That means things that are smaller than the diameter of a human hair, like cells, parts of cells or the fine structure of fibers,” said Jacob Robinson, one of the engineers from Rice.

The engineers began this project as part of a federal initiative by the Defense Advanced Research Projects Agency (DARPA) as an implantable, high-resolution neural interface. The team claims that FlatScope, inspired by an earlier project called FlatCam, could be used as an implant for long-term monitoring of brain activity and other applications that have long needed such a device.

“We think of this as amping up FlatCam so it can solve even bigger problems,” Rice engineer Richard Baraniuk said.

For now, their primary targets are medical uses, from implantable scopes for the clinic to palm-sized microscopes for the battlefield. “To be able to carry a microscope in your pocket is a neat technology,” remarked Ashok Veeraraghavan, also an engineer from Rice.

The engineers have focused their current work on fluorescent applications, but they noted that FlatScope could also be used for bright-field and reflected-light microscopy.

Indeed, the need to have a microscope that can be used in such a scale is growing, that it even led other scientists to develop a small, advanced microscope that allowed them to observe cells as they move about inside living tissues. The new microscope even recorded a human cancer cell as it moved through blood vessels.

Head over to Scientific.news to know more about the future of microscopes and other devices.