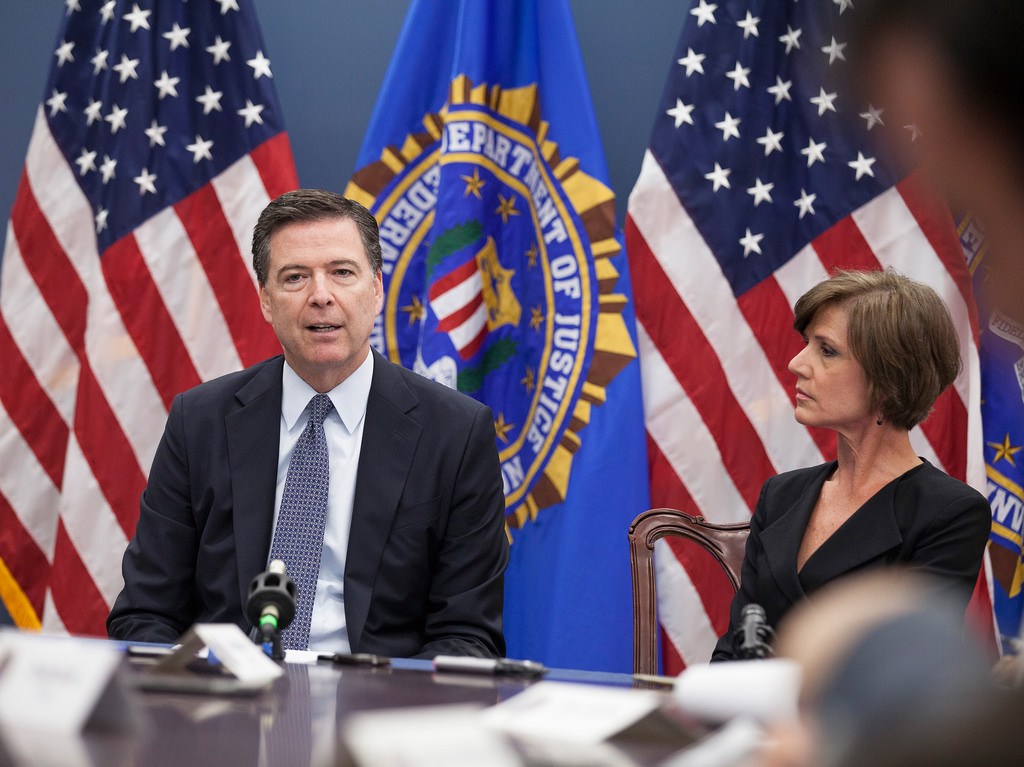 In recent days, reports surfaced that fired FBI Deputy Director Andrew McCabe, who has been criminally referred to the U.S. attorney in Washington by DoJ Inspector General Michael Horowitz for allegedly lying to investigators, is seeking immunity before providing testimony to Congress.

The reasons are clear: McCabe has information that will incriminate him if he talks without first being granted immunity from prosecution.

If he doesn’t get it, his lawyer Michael Bromwich said in a letter to Senate Judiciary Committee chairman Charles Grassley, R-Iowa, that McCabe will simply plead the Fifth Amendment.

Now, new information has surfaced that sheds further light on why McCabe may be looking for a ‘get out of jail free’ card.

You may recall Michael Flynn, President Donald Trump’s first national security advisor. The retired U.S. Army lieutenant general was fired by the president in February 2017 — less than a month after POTUS Trump was inaugurated — for allegedly lying to Vice President Mike Pence about contact he had with Russia’s ambassador to the U.S.

Flynn was later indicted by special counsel Robert Mueller for lying to FBI investigators who came to speak to him in January 2017 before Trump was inaugurated. Flynn did not know at the time that the interview was part of a counterintelligence probe (all tied to “Spygate” we would later learn) so he had no legal counsel present.

At the end of the interview, the agents — demoted FBI counterintelligence official Peter Strzok and agent Joe Pientka — reported back to McCabe that they thought Flynn was being honest with them, that he had not lied.

In a May letter to FBI Director Christopher Wray and Deputy Attorney General Rod Rosenstein, Grassley noted, “According to that agent’s contemporaneous notes, Director Comey specifically told us during that briefing that the FBI agents who interviewed Lt. General Michael Flynn, ‘saw nothing that led them to believe [he was] lying.’ Our own Committee staff’s notes indicate that Mr. Comey said the ‘agents saw no change in his demeanor or tone that would say he was being untruthful.’”

Grassley was demanding that the officials send him and his committee unredacted Flynn-related documents including the form 302 — summary notes from Flynn’s interview — that agents customarily submit as part of their report when interviewing witnesses and/or suspects.

So, by Comey’s own admission, the agents never believed that Flynn lied to them. That would have been reflected in their 302s, right?

Not if they were altered by someone with oversight of the case and who would be in a position to change what was filed.

But it gets even worse — and more corrupt.

Just days ago, reports surfaced that McCabe and Comey cleared former acting Attorney General Sally Yates — who was fired by Trump for refusing to defend his first travel ban — to use the altered 302 when she briefed White House Counsel on why Flynn ought to be fired.

It was a set up the entire time. And it now appears, if Sperry’s sources are right, that McCabe illegally altered the 302 report to ensnare the very first in what was no doubt hoped to be a long line of Trump officials.

Why did Flynn plead guilty if he was innocent? How do you dispute a forged FBI document in court without corroborating witnesses?

No wonder McCabe wants to make a deal with the Senate Judiciary Committee.

Grassley has been attempting to get a lot of this information for a long time. He should pass on this ‘offer’ and force McCabe to testify under oath — in a court of law.