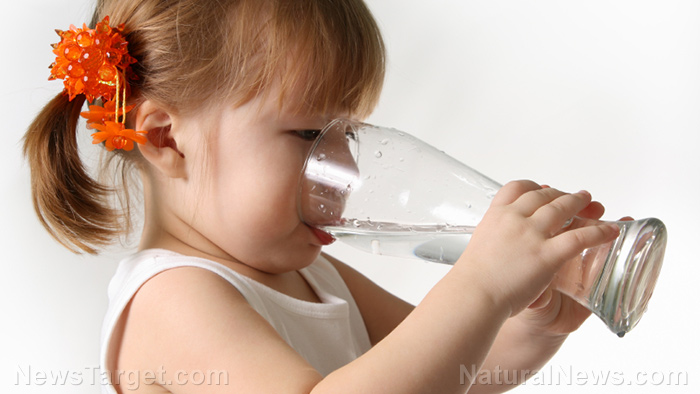 Lead poisoning has been an ongoing issue in Milwaukee City, Wisconsin as 11 percent of their children suffered from it back in 2016. More recently, parents of a five-year-old boy victim called out the city government for being “complicit.”

Nazir Al-Mujaahid and his wife Aminah shared the horrific story of finding out that their youngest child, Shu’aib, had extremely high levels of lead in his blood in 2017. They detailed that through a finger-prick test, they learned that Shu’aib’s blood lead level was at 11.4 which is alarmingly more than twice the level that the Centers for Disease Control and Prevention (CDC) deem dangerous.

A day after the initial test, they decided to have the kid checked using a more accurate test called venous. Results showed that the five-year-old’s lead level was at 4.8. His most recent test done in January showed he was at level five.

“Five is still alarming, period,” Aminah said. “There’s not supposed to be any lead in his blood system.” In addition, the family has been filtering their water which is why it baffles them why the problem is still there.

Furthermore, the parents of seven expressed their concern over Shu’aib’s brain development, saying he’s “operating more on a three, three-and-a-half-year-old level,” and that his speech is delayed.

They are also questioning medical providers for not telling them about the gravity of the situation back in 2014 when Shu’aib had his first lead level test where he got a 6.4. Aminah shared that no one bothered to call and explain it to them.

The city mayor, Tom Barrett, blames house paint as the cause of the widespread lead poisoning. However, the couple is betting more on the possibility that their waters are contaminated due to the lead service lines in the area. This is despite the fact that the local government of Milwaukee has a program of splitting the cost of lead pipe replacement with the homeowners. So far, only one percent has been done.

Meanwhile, the Al-Mujaahid family said the city government sent them an email offering to test the water at their home but later on denied the action. Only after a news agency questioned the city officials did they reiterate the offer to the affected family and said they will have it done in a private laboratory.

It’s also alarming how despite an existing resolution pushing for transparency on the matter, no proper implementation has been done. Even the Milwaukee Health Department – now under a new head – hasn’t been doing anything to address the issue.

Milwaukee has a Childhood Lead Poisoning Prevention Program, but it was reported to have insufficient funding, not enough staff, and claims of mismanagement. The organization also claimed they don’t have records of checking in on 100 homes where the kids’ lead levels reached 20 or higher.

Even more disappointing, health officials had no idea if the families – around 4,500 of them – received follow-up letters with the children’s lead test results.

“Well, a big part of this we don’t know the answer to,” Milwaukee Mayor Tom Barrett said. “I was told by my staff, that we did not have the documentation that established with certainty that all the kids had received this letter. That was enough for me to say, well then we’re gonna send out another reminder.”

No one from the office of the mayor came to attend the recent panel discussion on lead poisoning. Moreover, Barrett committed to doing an on-camera interview but canceled an hour before the schedule.

“Any time they touch the water, it’s alarming for me because I’m thinking about the exposure, their lives are important to us. But it’s difficult to see the city, not care,” Aminah said. “We’re supposed to protect our children but I can’t do anything with people that don’t wanna meet us halfway. We had to do our own research and do what we can in our house and buy what we need to clean our water.”

Get more updates on clean water by visiting CleanWater.news.