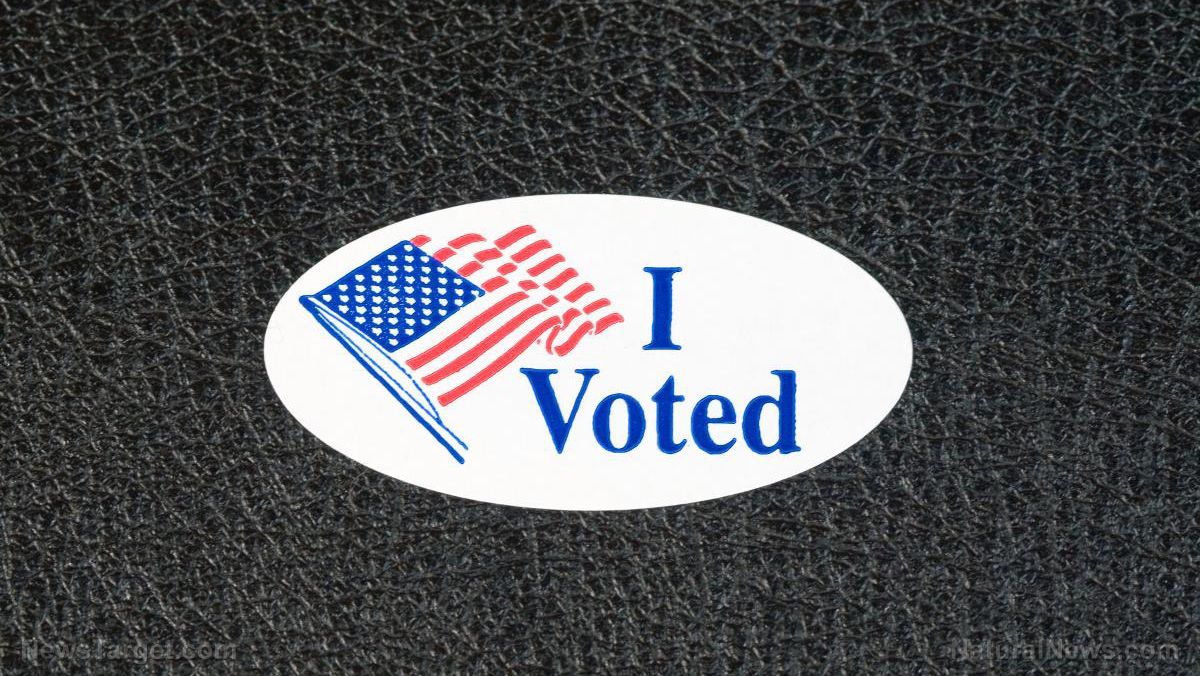 One of President Donald Trump’s campaign pledges was to improve the integrity of our elections by ending rampant voter fraud taking place all over the country.

Shortly after taking office he tasked Vice President Mike Pence with heading up a voter fraud commission to look into the issue and develop solutions. The commission was thwarted in its work because too many Democrat-run states refused to provide voter identification data critical to identifying fraud.

The Left is continuing to thwart the Trump administration’s efforts, providing more than enough proof that if the problem of voter fraud wasn’t real, Democrats wouldn’t be so opposed to efforts aimed at stopping it.

On Monday a federal judge in Kansas City struck down as ‘unconstitutional’ a Kansas law that required voters to show proof of citizenship before they could cast a ballot.

Since only citizens can legally vote in all federal elections and the vast majority of local elections (some jurisdictions allow even illegal aliens to vote in their elections), there shouldn’t be anything wrong with ensuring that voters are citizens who have full voting rights.

Only, there is something wrong with that requirement if you’re trying to ensure that illegal aliens vote because they tend to support your candidates.

As The Daily Caller reported:

“The court determines that the magnitude of potentially disenfranchised voters impacted by the law and its enforcement scheme cannot be justified by the scant evidence of noncitizen voter fraud before and after the law was passed, by the need to ensure the voter rolls are accurate, or by the state’s interest in promoting public confidence in elections,” the judge wrote.

She further claimed that not allowing eligible citizens to vote because they did not have proper identification was a huge blow to the public’s confidence in the electoral process.

How can some ID requirements be OK but others not?

None of Robinson’s reasoning makes any legal or constitutional sense.

First of all, if the legal standard is a burden to ballot access, then why are any states allowed to pass and enforce any statutes that require some for form of validation before before voters are handed a ballot? That would include any requirement at all — a voter ID card, a driver’s license showing proof of residency, etc. How can states require those forms of identification but not proof of citizenship? Why is proving citizenship burdensome?

And why should Kansas have to show evidence that voter fraud was occurring? Does there have to be a problem before lawmakers are ‘permitted’ to pass legislation addressing a potential problem? (Related: Voter fraud investigation: Trump criticizes Left-wing states over failure to comply with voter commission’s information requests.)

Voting isn’t universal anyway. In most jurisdictions, convicted felons are not permitted to vote. And non-citizens are not allowed to vote in federal elections. So if those laws are legitimate, how can a law requiring a voter show proof of eligibility be overturned?

After all, the federal government has a voter registration form in which the first question is, “Are you a citizen of the United States?” Further, the form assigns applicants an ID number.

Article I, Sect. 4, Clause 1 (the Elections Clause) gives states the authority for establishing laws regarding elections. The National Voter Registration Act, many believe, unconstitutionally supersedes the Elections Clause, but it’s not clear whether Robinson considered those questions.

What is clear is that dishonest Democrats who seek to steal power in any way possible — including through voter fraud — just won a huge victory for their ‘cause.’ It’s ridiculous to claim a state’s effort to ensure its voters are citizens as overly burdensome.

Doesn’t a prospective voter have any responsibilities other than finding a way to show up at the polls?