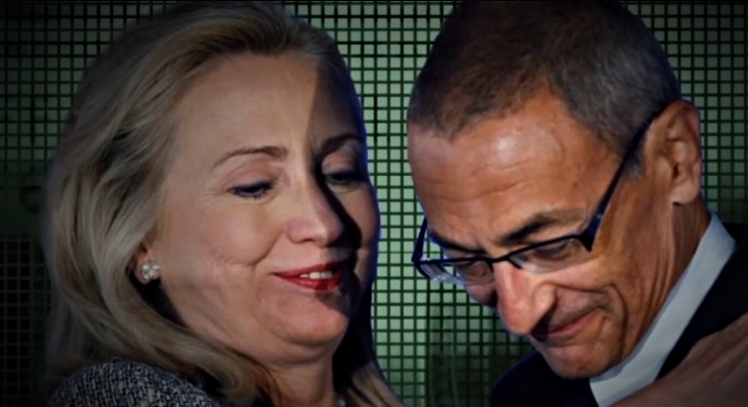 Bill and Hillary Clinton are at the head of a crime syndicate that involves several supporters and allied organizations, according to a lawsuit filed by a former Secret Service agent who is a longtime critic of the former first couple.

Gary J. Bryne alleges in his suit, according to court documents filed last week in U.S. District Court in Washington, D.C., that the crux of his charges revolve around violations of “racketeer-influenced and corrupt organizations” (RICO) provisions, The Daily Caller reports.

In addition to the Clintons, Byrne names a number of Clinton associates and supporters as defendants, including:

The Daily Caller reported that as of last week, electronic summons had already been issued to every named defendant. Also, Byrne has filed a certificate of disclosure titled, “Corporate Affiliations and Financial Interests.”

Among the many charges that appear in the at times almost incoherent filing is the charge that a criminal syndicate involving the Clintons, David Brock, Donna Brazile, and George Soros murdered Seth Rich.

Reports noted that Byrne is seeking an astronomical amount of money — $1 billion. He also did not provide an address in his filing because he says he fears being assassinated, which is understandable given the notorious “Clinton body count.”

In 2016, Byrne released what was viewed as a ‘tell-all’ book, “Crisis of Character,” in which he threatened to file suit against several of the defendants.

Left-wing media ‘watchdog’ Media Matters, which was founded by Brock, referred to Byrne at the time as a “smear merchant” — ironic and hypocritical, given that the job of Media Matters is to lie about independent conservative and Right-leaning media.

Then there’s that pay-for-play investigation…

In an interview with Breitbart News’ Alex Marlow on SiriusXM about a week before the 2016 election, Byrne responded to Brock’s criticism by saying, “Everything in the book is true. I want to set the record straight. And since I can’t get on mainstream media to set the record straight, I’m going to have to do it in court.” (Related: Bombshell revelation ignored by the media: FBI knew Hillary Clinton’s emails were hacked by foreign intelligence.)

Byrne went on to describe Hillary’s behavior, noting that she never displays leadership and that she repeatedly gets angry at staff and others as well. He noted that the people who “work for her, they’re terrified of her.”

He talked of a story he wrote about in his book about “these three women who came up from Arkansas with her. They knew the Clintons. The one lady worked with her at the Rose Law Firm, and she knew that Mrs. Clinton’s anger became so ferocious that she immediately started demanding people would get fired.”

He said the incident involved the women making a mistake while ordering some stationary. “I saw them talking about it,” Byrne said. “They really looked like they were afraid of something.”

The women had allowed an intern to order the stationary and she made an error when doing so. The result was tens of thousands of invitations to the White House that were useless. He said the women were not worried about the waste of taxpayer money, but rather worried about who was going to tell Hillary. “They knew somebody was getting fired and sent back to Arkansas.

It’s not clear whether this suit will go anywhere. But in January the Justice Department quietly launched an investigation into “pay for play” allegations against the Clintons while Hillary was secretary of state. The U.S. attorney and the FBI in Little Rock are looking into whether the foundation promised favors in exchange for donations or pledges of cash and gifts, The National Sentinel reported.