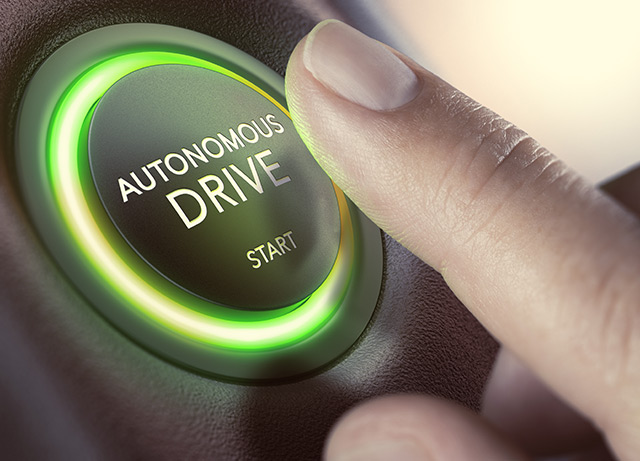 Self-driving cars nowadays are meant for one of two things: Industrial use and personal use. But there is a third category that sort of sits right in the middle of those two. And that’s precisely the space that’s being targeted by Nuro.ai, a Silicon Valley startup that’s being run by two ex-Google engineers, with a new prototype self-driving car called the Nuro R1. It’s designed to serve as a dedicated delivery vehicle.

According to a report on their current progress, the company has managed to raise $92 million in capital, and has set it for the development of its first prototype vehicle, which is meant to stay unmanned and used solely for certain specified purposes. As of this time’s writing, the Nuro R1 self-driving car is expected to arrive as a road-legal vehicle by 2022.

Like all new gadgets, the Nuro R1 will have an accompanying smartphone app, which can be used to open its side panels and access its cargo. Indeed, the Nuro R1’s dedicated phone app will be the tool used to control it the most: It can be used to open its hatches, and it will also let users know when the vehicle is nearby – prompting them to go outside to meet it for its cargo. The use of facial recognition cameras has reportedly also been considered to further improve the delivery process.

According to Dave Ferguson, one of the co-founders of the company, the idea to launch Nuro.ai and its subsequent product Nuro R1 came to them after realizing the business opening that is currently being under-served by the likes of Amazon, UPS, and other retailers that are active today. “We realized we could make it possible to delivery anything, anytime, anywhere,” Ferguson explained. “We like to call it a local teleportation service.”

A report on the Nuro R1 said that it comes with a modular, customizable interior area that can be used to carry around 250 pounds of cargo. The modular interior can be fitted with a number of different shelves and containment units, which can be used to store a wide variety of items.

The car itself is actually quite advanced, considering its basic status as a computer on four wheels. It’s shaped like a giant toaster with a funny-looking hat on top of it, and has a narrow body that is about half as wide as its height. Its current design uses a combination of radar, cameras, and a spinning Light Detection and Ranging (LIDAR) sensor to navigate roads and its surroundings. It also has about a three- to four-foot “buffer” that acts as a sort of shield to protect other vehicles and even pedestrians from colliding with it.

Since the Nuro R1 is fully electric, the space inside it that isn’t occupied by containers for the cargo is filled with battery units. It’s designed to work as a low-speed car, so it will have to stay off the highway to carry out its deliveries.

If Nuro’s project becomes successful and they manage to come up with a good, working product, they could potentially be in for a multi-million dollar industry. It is said that UPS alone delivers about 19 million packages per day. And it’s likely that Nuro could tap a bigger market than the one served by UPS. In short, Nuro’s founders may have the two to four most important years of their lives ahead of them right now. It will be interesting to see how the public receives them and their efforts when – optimistically – self-driving vehicles for personal and industrial use become common by the time the Nuro R1 arrives.

Check out other examples of autonomous machines at Robotics.news.