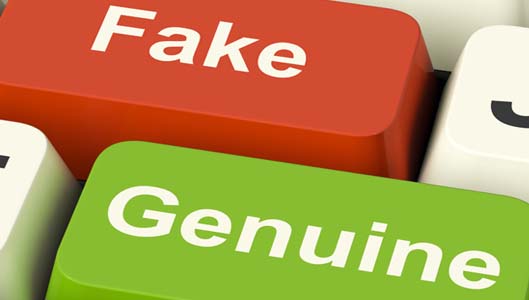 The Left-wing social media giants are continuing to censor independent media sites and voices because they can’t stand it when President Donald Trump is given credit for anything.

The latest move is by Facebook, which will soon be implementing a package of new features officials claim will make news on the platform “more reliable and less susceptible to manipulation,” Wired reports.

In other words, Facebook is using its vast reach to become just another Left-wing propaganda mill whose objective is to silence conservatives and ignore POTUS Trump supporters, many of whom have either deleted their Facebook accounts or who no longer spend much time there.

The company is also investing $25 million in grants to news organizations looking to expand their video operations, as part of a larger, $300 million program sponsored by YouTube’s sister company, Google.

According to YouTube executives, the goal is to identify authoritative news sources, bring those videos to the top of users’ feeds, and support quality journalism with tools and funding that will help news organizations more effectively reach their audiences.

The “challenge,” Wired reported further, is for Facebook to define what qualifies as “authoritative” and which outlets are considered ‘reliable sources.’ This comes at a time when the American people are shunning the very same outlets that Facebook is no doubt already eyeing to feature on its news feeds.

Already Facebook, Google, YouTube and Twitter reportedly employ a series of tools that down-rate, shadow-ban, and outright censor news and video feeds from conservative and independent media outlets. This one has seen its Facebook traffic slow significantly, and in recent weeks staff, at The National Sentinel have noted that the site receives many times more traffic from Censored.news — part of the Natural News Network of sites — than Facebook or Google Search combined.

In addition to that, the founder/editor of Natural News and its associated network, Mike Adams, the Health Ranger, has reported that YouTube took down his entire site, denying viewers and users access to more than 1,000 videos on alternative health, liberty, and other freedom-minded content.

That’s why he developed and is in the process of launching Brighteon.com, a free-market, free-ideas platform that won’t censor content just because the Left finds it objectionable and in ‘violation’ of their constant anti-Trump rhetoric.

What’s disturbing about Facebook’s algorithm changes is that the company is using extreme instances of manipulation or conspiracy theories as a likely ban on all content from certain news and media outlets.

For instance, if we were to report on a wild conspiracy theory about a current event purely as a news story and not as something we ascribe to, it’s likely our news and video content streams would be flagged and censored because we’d be lumped in with the crackpots who devised the conspiracy theory in the first place. Until artificial intelligence becomes a real thing, that’s how algorithms are designed to perform: They recognize keywords and phrases and act according to their programming. (Related: Anti-conservative censorship spreads from campuses to GOOGLE and other oppressive tech giants.)

That’s how social media platforms like Facebook and Twitter, among others, have justified their censorship. But it doesn’t explain how that censorship always seems to be directed to a Right-leaning, pro-Trump viewpoint.

“There are going to be counter points of view, and there’s going to be [videos] where people who have a conspiratorial opinion are going to express them,” Neal Mohan, YouTube’s chief product officer, told reporters recently. “What I think we can do is, instead of telling users what to think, give them as much information as possible, so that they can make those decisions themselves.”

Facebook can already allow people to make decisions on their own. All the company has to do is stop filtering the news feeds. It’s just that simple.

There’s no need for another editorial layer in search of “authoritative” feeds that will no doubt include legacy media that have published no shortage of fake news involving POTUS Trump.