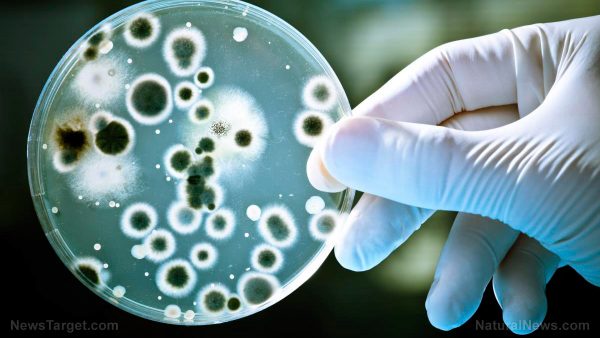 A team of international researchers at the Imperial College London, the University of Cambridge, and the Central Saint Martins has developed a paper-based, two-in-one solar bio-battery and solar panel that are laden with living cyanobacteria. The scientists explained that cyanobacteria are photosynthetic microorganisms that have been living on Earth for billions of years. According to the research team, these microorganisms may have greatly contributed to the planet’s abundant oxygen levels.

The experts successfully harnessed cyanobacteria and used them as an ink. The scientists used an inkjet printer to embed the bacteria onto electrically conductive carbon nanotubes in precise patterns. The nanotubes were then inkjet-printed onto the piece of paper. According to the research team, the organisms survived the printing process and were still able to perform photosynthesis.

The photosynthetic process subsequently generated small amounts of electrical energy, which could be harvested over a period of 100 hours. A bio-solar panel made from the same material produced enough energy to power a simple digital clock. Data from separate test also demonstrated that the material generated enough energy to run a small LED light bulb.

“We think our technology could have a range of applications such as acting as a sensor in the environment. Imagine a paper-based, disposable environmental sensor disguised as wallpaper, which could monitor air quality in the home. When it has done its job it could be removed and left to biodegrade in the garden without any impact on the environment,” study co-author Dr Marin Sawa explained in a press release.

“Our biophotovoltaic device is biodegradable and in the future could serve as a disposable solar panel and battery that can decompose in our composts or gardens. Cheap, accessible, environmentally friendly, biodegradable batteries without any heavy metals and plastics – this is what we and our environment really need but dont have just yet, and our work has shown that it is possible to have that,” Dr. Sawa told International Business Times online.

Findings may usher in a new wave of electrical devices

The recent discovery may lead to the development of new electrical devices made from paper and printed photosynthetic bacteria. According to the research team, these devices may include disposable power supplies incorporated into paper-based sensors to keep track of ill patients. The new material may also usher in a new type of device similar to wallpapers but serve as environmental sensors for monitoring air quality.

The breakthrough is a step towards a new type of renewable energy technology called microbial biophotovoltaics (BPV), which uses the ability of cyanobacteria and other algae that use photosynthesis to convert light energy into electrical energy. According to the research team, one of the advantages of using BPVs is that the organisms can generate small amounts electricity in daylight and continue with the production even in the dark. (Related: The race for next-gen microchips is on: The AI revolution can’t happen without them.)

“Paper-based BPVs are not meant to replace conventional solar cell technology for large-scale power production, but instead, could be used to construct power supplies that are both disposable and biodegradable. Their low power output means they are more suited to devices and applications that require a small and finite amount of energy, such as environmental sensing and biosensors,” said study co-author Dr Andrea Fantuzzi.

Learn more about renewable energy and its applications at Power.news.