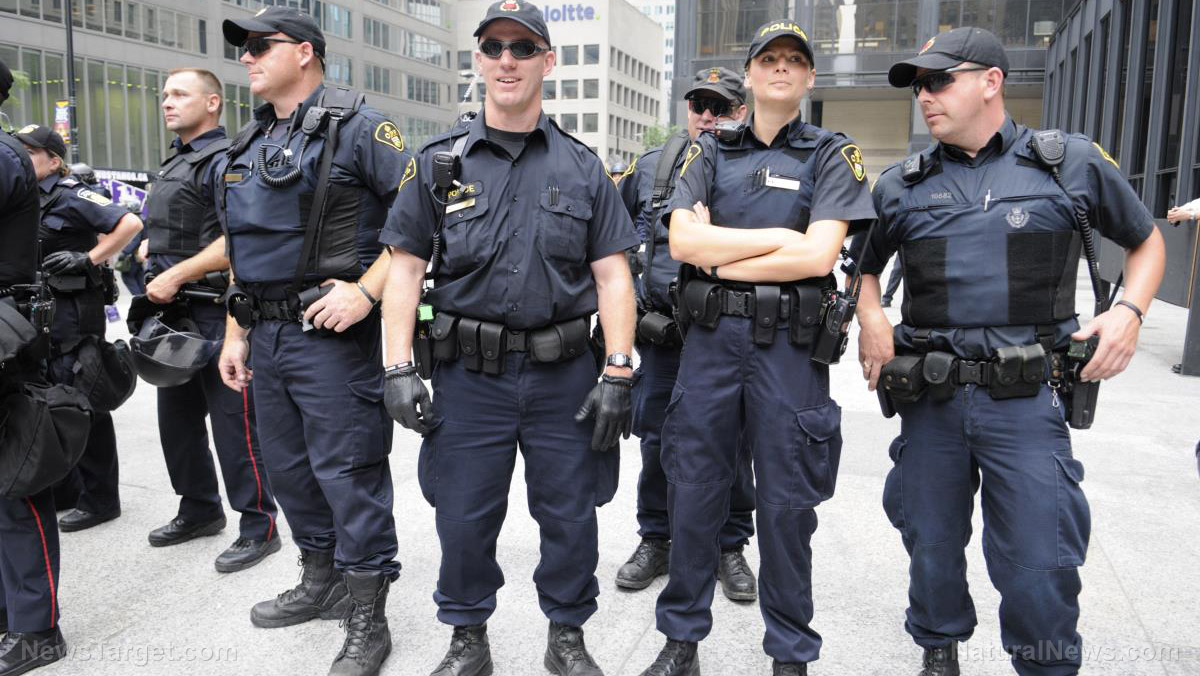 A recent shooting in Toronto, Canada, reportedly had more than a few residents wondering if what had been one of the safest cities in North America was coming apart.

What Toronto residents ought to be more concerned about is their own refusal to see things as they are, not as they want them to be.

The recent shooting involving gunman Faisal Hussain came after a series of violent incidents and other shootings in recent months, The Guardian reports. But one of the most telling aspects of Hussain’s attack is the refusal of the Toronto and Canadian governments, as well as the Canadian media, to call it what it likely was: A terrorist attack.

Within hours of the July 24 incident in which two people were killed and 13 more wounded, Canadian authorities were claiming there was no connection to terrorism.

“At this state, based on the state of the investigation, which is led by the Toronto police service, there is no connection between that individual and national security,” Public Safety Minister Ralph Goodale said, according to CBS News.

However, the network reported further:

But a law enforcement source told CBS News that Faisal Hussain visited Islamic State of Iraq and Syria (ISIS) websites and may have expressed support for the terrorist group. They were looking into whether Hussain may have lived at one time in Afghanistan and possibly Pakistan, the source said.

The ‘official’ story is that Hussain’s family is claiming he was suffering from psychosis and depression for a year. Most of the Canadian press was reporting that and that alone.

In other words, he had mental problems — Islamic terrorism had nothing at all to do with it. A statement from Hussain’s relatives said he had lifelong “severe mental health challenges.”

Maybe so. But couldn’t he also have been someone of Muslim heritage and thus influenced to murder on behalf of Islamic extremism? (Related: Coulter: Trump should return to original plan of banning ALL immigrants.)

Call the attack what it is

Fox News reported that the Islamic State, via its AMAQ propaganda agency, claimed responsibility for the attack. AMAQ claimed that 29-year-old Hussain was a “soldier of the Islamic State and carried out the attack in response to calls to target the citizens of the coalition countries.” There was no evidence provided for the claim such as a video showing Hussain pledging allegiance to ISIS, but reportedly authorities are aware of indicators that bolster the claim his attack may well have been an act of Islamic extremist terrorism.

And if that turns out to be the case, why is it so difficult for the liberal Left — in Canada, in the U.S., in Europe — to simply admit it? Why do Western liberals seem incapable of believing that you can call out an act of terrorism and you can recognize the fact that much of it is coming from one extremist religious faction without condemning the entire religion itself?

Western liberals seem much more content to virtue signal than to identify a major threat and then develop policies to deal with it.

Identifying Muslim extremism isn’t bigotry. Condemning all Muslims for the acts of a few is bigotry.

The vast majority of people can and do make the distinction. But Western liberals seem unable to do so. And frankly, that is getting more of them killed.

If you can’t recognize something that is a legitimate threat, then you won’t be able to muster the political will to act and defend against it. The end result is that more people are put at risk and more people will be killed and wounded.

Faisal Hussain killed two people — one of whom was a 10-year-old girl. He changed the lives of 13 others forever. If what he did was an act of Muslim extremist terrorism and the Canadian government refuses to admit and condemn it as such, they will be inviting more carnage.