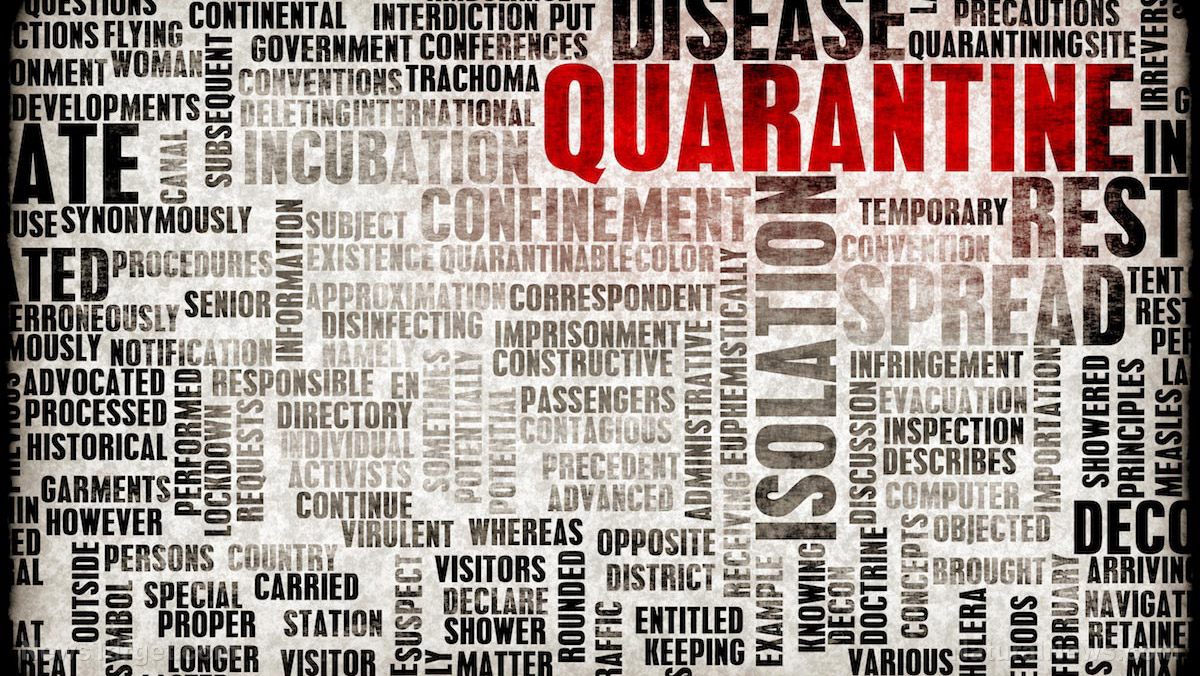 Researchers from the Johns Hopkins Center for Health Security designed a frighteningly realistic scenario to see how prepared the government is for a global pandemic, and the exercise showed how woefully unprepared we are for such a situation.

The researchers came up with a scenario that included a disease that could realistically exist and tested it to see how it would play out in a world that contains the same resources that we have today.

In the simulation, a committee met to advise the president and discuss how to respond to the imaginary virus around one month after it had first appeared, striking 400 people and killing 50. The parainfluenza virus Clade X was bioengineered and released by a fictional group whose goal was reducing the world population. They were modeled after the cult that released sarin gas on the Tokyo subway in 1995.

Those struck by the virus suffered from confusion, fever and coughing, with many also experiencing brain swelling that plunged them into a potentially deadly coma.

When the Clade X simulation was carried out in real time, those who would respond to such a situation in real life were involved. Some of the players included former CDC director Julie Gerberding and former Senate Majority Leader Tom Daschle. At the end of the day-long simulation, which represented 20 months since the beginning of the outbreak, 150 million people across the planet were dead, with as many as 20 million deaths in America alone.

The designer of the Clade X simulation, Eric Toner, told Business Insider that the exercise illustrated how even experienced and knowledgeable public officials who have been through crises in the past can struggle to deal with this type of situation. He said it all boils down to a lack of proper response systems. He said that a disease like this would be capable of killing as many as 900 million people, which is roughly a tenth of the population.

Although this disease is theoretical, it’s important to keep in mind that it was only moderately contagious and lethal – far from the worst type of disease we could see– and it still managed to wipe out a tenth of the people on our planet. It was designed to be as deadly and spread as easily as SARS, which killed ten percent of the 8,000 people it infected in 2002 in 2003. Toner says the world was lucky that SARS mutated to become less virulent.

Global pandemic possibility all too real

Advancements in synthetic biology mean that creating deadly biological weapons has gotten a lot easier in recent years, and experts are concerned that weaponized disease could become one of humanity’s biggest threats. While researchers aren’t releasing many details about the illness to avoid giving people ideas, they insist it’s all too real of a possibility.

Many experts believe that a deadly disease leading to the widespread loss of life is more a question of when than if, whether it emerges through bioterrorism or spreads to humans from animal species. Blue Ribbon Study Panel on Biodefense’s George Poste told Business Insider that a disease as deadly as the flu pandemic that struck and killed 50 million people in 1918 will inevitably arise again.

Would you be prepared?

If you find this deeply disturbing – and you should – you might be wondering what to do about it. It’s easy to think that we’re all doomed if something like this happens, but some preparedness could go a long way in such a scenario. Hospitals might collapse, but if you can keep yourself alive until a treatment is developed, you might end up being one of the lucky ones.

For example, if a contagious deadly disease strikes, you’ll want to be able to shelter in place for a prolonged period, so you’ll need storable food, water, first aid supplies, and masks, to name just a few. Now is the time to learn basic first aid and how to use herbal remedies, and start stocking up on related supplies. You’ll also want to boost your immunity, which is something you can start doing now with a healthy diet and supplements like vitamin C and echinacea.