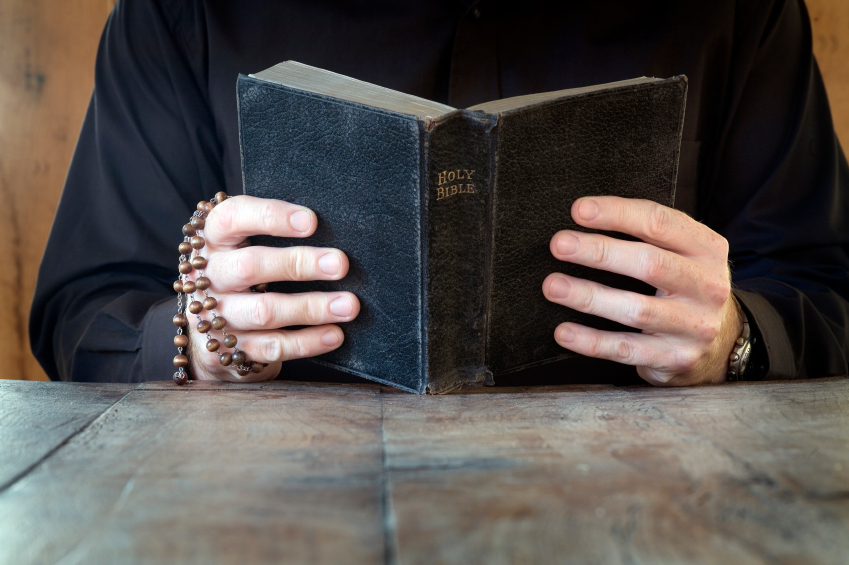 Over 300 “predator priests” were named in the recently released grand jury documents from the child sex abuse scandal in Pennsylvania. The graphic and horrifying details of sexual assault and rape of young children at the hands of these “priests” have undoubtedly turned the world of the Catholic Church upside-down. To make matters worse, it turns out that many of these abuses were ignored by bishops who’d rather look the other way than out a peer for sexual abuse.

Rather than protect children from abusers, some leaders in the Catholic church chose to be a shield for sexual predators.

When so-called men of God do nothing, evil prevails — and it doesn’t get much more evil than child sexual abuse. Whether other members of the church were looking the other way, or helping to cover up the crimes in some cases, those who knew but did nothing are just as bad as their abusive peers.

In one case, a priest who had been molesting a little boy for over two years confessed to church leaders that he was guilty of engaging in “naked ‘horseplay'” with a child — and was allowed to continue his service in the ministry for another seven years.

In another instance, a different priest admitted to molesting a 12-year-old boy. The diocese reportedly ruled that no action need be taken against the priest because the abuse wouldn’t “necessarily be a horrendous trauma” to the victim.

Another priest raped a little girl while he was “visiting” her in the hospital.

In another case, a priest raped a young girl and got her pregnant — and then arranged for her abortion. When the bishop heard about what happened, he sent a condolence letter to the priest.

There are many more horrific instances like these, detailed in the documents. Writing for The Daily Wire, Matt Walsh contends, “It is a dark, evil, horrific story. It is worse than that, but I don’t have the words to describe it. Perhaps we will just have to settle on the word ‘demonic.’ And although some of the details here are particularly shocking and we hope unusual, still the most terrible thing is that the overall narrative — one of systematic abuse covered up by those in power — is extremely and shamefully familiar.”

As Walsh notes further, the reluctance of so many Catholic church members to speak out about such crimes is deeply concerning — and the fact that covering up child abuse seems to be more important than actually stopping abusers from harming more children is even more alarming. To turn away from such a horrific act, and do nothing, is just as bad as the assault itself.

Over 1,000 children are estimated to have been abused in Pennsylvania over the course of 70 years. One thousand children, in just a single state — how many more victims are there? The sense of betrayal is strong, especially for churchgoers in the Quaker State.

Walsh argues that Catholics, in particular, need to voice their outrage. “The good priests and bishops must come out and rebuke with righteous fury. Statements of “sadness” and “grief” will not do. Cardinal Wuerl’s limp-wristed lament about the “tragedy” of sexual abuse is insufficient,” he states. Further, Walsh contends, the Catholic church needs to purge itself of sexual predators, along with those who simply allowed it to happen.

Even Pope Francis, who’s known for commenting on highly charged issues, issued a “no comment” statement when the news of this troubling scandal first broke.

The Vatican and the pope have both been mysteriously silent on this issue, prompting concerns that even these fixtures of Catholicism are complicit in crimes against children.

See more coverage of stories about evil in our midst at Evil.news.