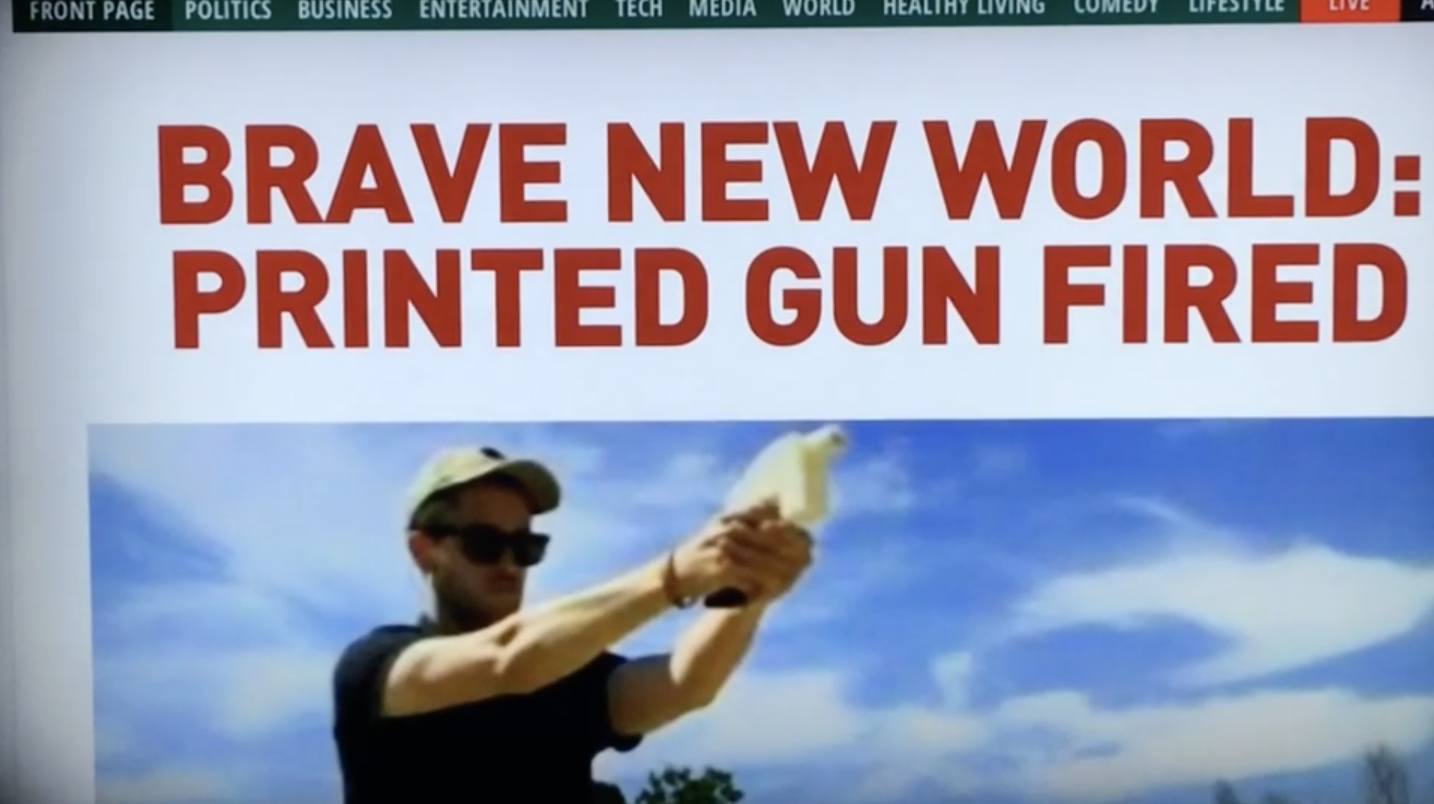 The online publisher of a series of plans and blueprints for 3D printable firearms and accessories is facing a raft of lawsuits from 21 Democrat-controlled states as they seek to destroy his company while at the same time severely wounding the First Amendment.

Under a license from the U.S. Department of State, the publisher, Cody Wilson of Defense Distributed placed into the public domain online the design files for the AR-15-style of semi-automatic rifle in late July. However, now he’s facing lawsuits and an order from a federal judge in Washington state to shut down his website.

In a video, Wilson put out a call to action for donations and other assistance in order to ward off the suits and ensure that his First Amendment rights to continue publishing design files is not infringed.

“So eager to kill the Second Amendment that they would take the First,” Wilson says in the video. “Riflemen, this fight is yours. It’s time to muster.”

Calling his company a “defense contractor” that does not “contract with the state” but the public instead, Wilson said that if Americans “will fund this fight for me, I will offer two new contracts to you” in the form of new technology information transfers online.

Bitcoin.com has offered to match donated funds one-to-one, he added, noting that he has less than 12 hours at the time of this writing to raise $400,000 before he is forced to take down his site.

As Wilson has previously stated, the issue isn’t about “gun control” or even the Second Amendment – it’s about the state controlling “knowledge” – in this instance, keeping Americans from obtaining information that could help them better protect and defend themselves.

What’s more, it was all on the up and up, as NewsTarget reported earlier this month:

In June the government reached a settlement with Wilson’s company, Defense Distributed, that would make 3D gun blueprints available for downloading, which, as Ammoland reports, resulted in the “expected ‘sky is falling’ uproar from the gun-grabbers.” That, so far, has come in the form of a federal judge in Seattle blocking publication of the blueprints and various lawsuits filed by cities and states.

This is knowledge control

Besides violating the First and, to a degree the Second Amendments, Prince Law Offices notes that the reasons being given for launching legal action against Wilson’s company are false and absurd. (Related: NRA schools fake news media, Democrats on ‘3D’ printed guns.)

“As you can see from the Complaint, [Pennsylvania] Governor [Tom] Wolf and Attorney General [Josh] Shapiro make multiple false statements about both the factual background (e.g.that the Defense Distributed ‘provide[s] guns to residents of the Commonwealth’) and the law (e.g. that electronic data constitutes a firearm and that the UFA or GCA regulate data),” attorney Joshua Prince explained in an online post.

“More importantly, there are numerous ways to challenge this action, including my hope that Defense Distributed, et al., files a counterclaim under 42 U.S.C. §§ 1983, 1988 for violation of their constitutional rights and that Governor Wolf and AG Shapiro can explain to the residents of the Commonwealth, why the taxpayers have been hit with a several hundred thousand dollar attorney fee award,” he continued.

Back in 2016 Defense Distributed managed to secure the backing of 15 GOP lawmakers led by Rep. Thomas Massie of Kentucky, all of whom filed an amicus brief on behalf of Wilson’s company, which had filed suit against the then-Obama administration intended to prevent federal officials from blocking the online publication of his designs.

The State Department, which eventually opposed the publication, relented, as Wilson notes at the beginning of his call to action video.

But now he’s under siege again, this time from blue state attorneys general who are demonstrating once again who the real authoritarians in America today are: Democrats.

Click here to visit Defense Distributed and make a contribution.

Read more about the Left’s attempts to stifle our basic freedoms at Freedom.news.