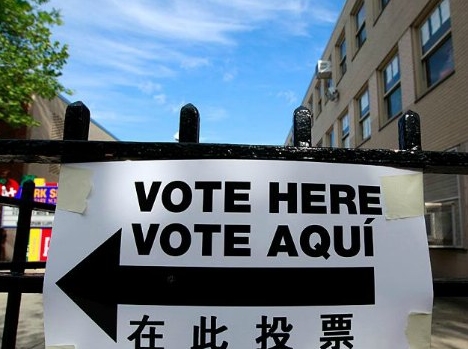 Democrats are still claiming that Donald Trump stole the 2016 presidential election by colluding with Russia to “hack” the voter system. But the only evidence we have of any election fraud actually points back to the left, which has been caught registering untold thousands, or even millions, of illegal aliens to vote.

Gabor Zolna from ZolnaReport.com discussed this during a recent episode of his show that aired at Brighteon.com. Zolna explained how illegal aliens are voting in many states across the country, and especially in California where they’re being auto-registered to vote whenever they renew or obtain drivers licenses.

“It appears that the problem is rampant,” says Zolna. “In Virginia, they found that close to 6,000 non-citizens voted in the last presidential election. About one-third of those voted in previous elections as well … and now, non-citizens can obtain drivers licenses in California, thanks to that worthless governor, Jerry Brown.”

Watch the full clip below:

It was back in 2015 when Brown signed legislation allowing illegal aliens living in California to obtain drivers licenses. This decision immediately led to almost 500,000 licenses being issued to illegals across the state.

Many legal California residents were naturally outraged by the decision, which ended up paving the way for California to later begin registering illegal aliens to vote.

As was recently reported, California is now automatically registering people to vote who obtain or renew their drivers licenses – including the hundreds of thousands of illegal aliens throughout the state who now have official driving privileges.

“California … [is] circumvent[ing] the system by automatically enrolling people that renew their drivers license, or obtain a drivers license, to vote – irrespective of whether or not they’re American citizens. Absolutely insane, and this happens across the country.”

Most government workers are Democrats, and this is who’s registering illegals to vote

Considering the fact that most government officials are leftists, it isn’t much of a stretch to surmise that most of the illegals being registered to vote in California are also being pushed toward the Democratic Party.

This is why Zolna is pushing conservatives to vote in the upcoming midterm elections – not simply to counteract this onslaught of illegal votes, but also to make sure that candidates are placed in office who will work towards real solutions to stop this affront to our republic.

They say that California is 10 years ahead of other states when it comes to catching onto “trends.” If this is still the case – and it’s likely a lot faster now in the tech age – then it won’t be long before many other states follow California’s lead by similarly allowing illegal aliens to vote in American elections.

“They are the most corrupt, criminal state in the nation,” warns Zolna about California. “There are others, and those others are usually run by Democrats. Are you sort of getting a clue? These midterms are critical and we need to demand voter registration ID, otherwise there’s no point.”