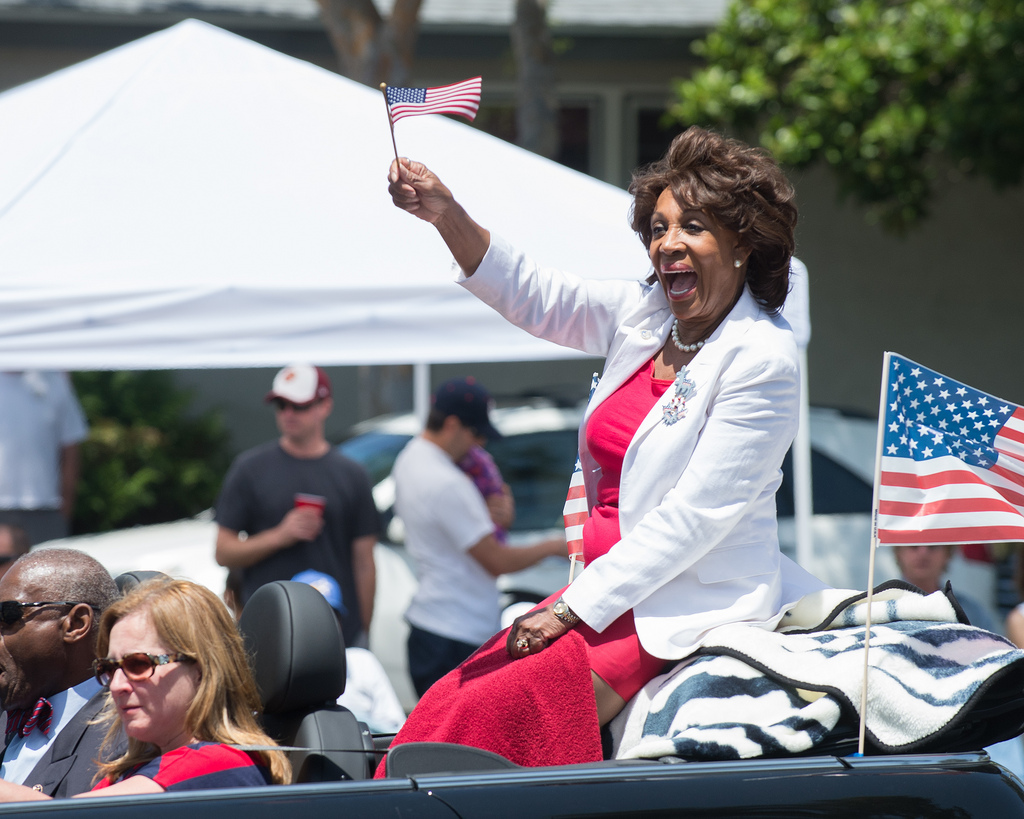 One of the most outspoken traitors in Congress, California’s Mad Maxine Waters has once again been caught trying to incite violence against President Trump and his supporters.

Brother Jim from End Times Prophecy News, in a recent segment posted to Brighteon.com, shares information about how Waters recently called on her supporters to “fight” against “#45,” as she likes to call the President.

Speaking before a small group of her supporters at a recent publicity event, Waters went on a tirade about how she believes President Trump and his administration are “dismantling” public education. Because of this, she’s calling for her followers to initiate an uprising.

“We’ve got to get rid of ’45,’ and he’s got to take with him Betsy DeVos,” Waters bellowed from the microphone. “We’ve got to make sure we get them all out of office.”

Waters is upset about what DeVos is doing to return control of education back to local communities, rather than have it dictated from the top in Washington, D.C. In Waters’ view, public education needs to be controlled by the social engineers, hence why she’s livid about the President’s agenda.

“She’s already gotten many people hurt, if not killed,” says Brother Jim. “She’s guilty of treason, inciting violence and civil war right here on our land inside the U.S.”

What could possibly be so bad with making education local rather than federal?

It’s difficult to ascertain what’s so upsetting to Waters about return control of education back to the people – other than the fact that these changes are being implemented by President Trump, whom she hates.

If it were Barack Obama’s administration attempting to liquidate control of education back to local communities, you can be sure that Waters and her ilk would be bowing down at his feet and worshipping him.

“Betsy DeVos wants a good education for our kids, not the garbage, as Trump has said,” says Brother Jim. “They (people like Maxine Waters) don’t care anything about the education of our kids, just brainwashing from the Jesuit curriculum.”

Waters has given numerous speeches in recent months encouraging her minions to incite violence in order to make their “voices” heard. And as we previously covered, this constitutions domestic terrorism.

“The Left is becoming totally unhinged, and they have their average Leftist minion follower violating multiple Federal laws by encouraging them to call for the overthrow of a duly elected President, and to intimidate the population,” writes Michael Cost for NaturalNewsBlogs.com.

Keep in mind that Mad Maxine doesn’t even live in the district she supposedly represents. She instead lives in a wealthy enclave near Beverly Hills, far from the slums of South Central Los Angeles where her constituents live.

She’s a tried-and-true hypocrite, in other words, and an enemy of the Republic who’s desperately trying to overthrow our country’s Commander-in-Chief, which technically makes her a domestic terrorist herself.

This is especially true following some earlier public statements Waters made calling on her followers to harass and assault President Trump’s supporters.