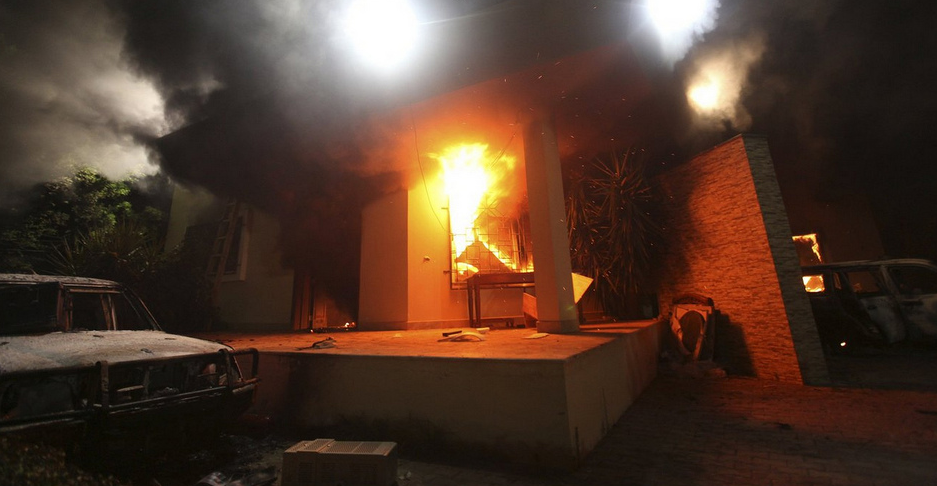 There are real heroes in America and then there are those who either claim to be one or are falsely elevated to that lofty status by pop culture morons who wouldn’t recognize true heroism if they stepped over it.

One of the real deals is all-around good guy is Kris “Tanto” Paronto, a hero who dealt deadly blows to bad guys in Benghazi despite losing a few of his own to the utter incompetence of the Obama administration.

A former U.S. Army Ranger and CIA security contractor, Paronto took part in actions to defend American diplomatic personnel at the agency’s annex in Benghazi during the Sept. 11, 2012 attack by terrorist elements from the Islamic militant group Ansar al-Sharia. He and others survived but four Americans did not: U.S. Ambassador to Libya Christopher Stevens; Sean Smith, a U.S. Foreign Service information management officer; Glen Doherty, a former Navy SEAL sniper, and medic who was a security contractor for the State Department; and Tyrone Woods, also a decorated Navy SEAL and State Department security contractor.

You know who wasn’t there? Secretary of State Hillary Clinton, who was given a pass by the disgustingly dishonest establishment media for her failure to provide adequate resources to protect and defend a diplomatic outpost operating in a known threat environment and after Stevens had requested additional defensive support nearly 600 times.

Neither was President Barack Obama, who was missing for hours during the attack and wasn’t around to order U.S. troops (who were standing by) to assist Paronto and others fighting for their lives.

So when Obama said last week at a campaign there were “wild conspiracy theories, like those surrounding Benghazi, or my birth certificate,” that was too much for Tanto Paronto.

“Benghazi is a conspiracy @BarackObama?! How bout we do this,let’s put your cowardly ass on the top of a roof with 6 of your buddies&shoot rpg’s&Ak47’s at you while terrorists lob 81mm mortars killing 2 of your buddies all while waiting for US support that you never sent,” he wrote on Twitter adding a ‘middle finger’ emoji along with the hashtag #scum. (Related: Benghazi hero Chris ‘Tanto’ Paronto SAVAGES Obama Deep State McCabe, others, in defense of rank-and-file FBI.)

‘I wanted to choke him’

For that, of course, Twitter banned a true hero – because the little Left-wing speech Nazis at Twitter can’t allow any criticism of Dear Leader Obama, President Perfect who never made a mistake, bent a rule, or violated the Constitution during eight years in office.

The social media giant has since reinstated Paronto, but others have picked up on Obama’s outrageous comment as well.

Former U.S. Rep. Jason Chaffetz, R-Utah, a Fox News contributor, told the network’s “Fox & Friends” morning show on Monday, “It is offensive to the men and women who served in Libya, who served this country and who serve in the United States military, because that president — President Obama — failed to act.”

He should know; he chaired the House Oversight Committee from 2015 to 2017 and led investigations into what happened at Benghazi.

“He is fundamentally and totally and fully wrong… Shame on the president for saying that,” he added, as though Obama (and Hillary) was capable of shame.

As for Paronto, he told Fox News’ Pete Hegseth that when Obama said what he said, he wanted to reach through the TV screen and “choke” him.

“It just raises the bile inside of me,” he added, calling Obama a “narcissist” and “elitist.” “I had a hard time just watching the speech itself.