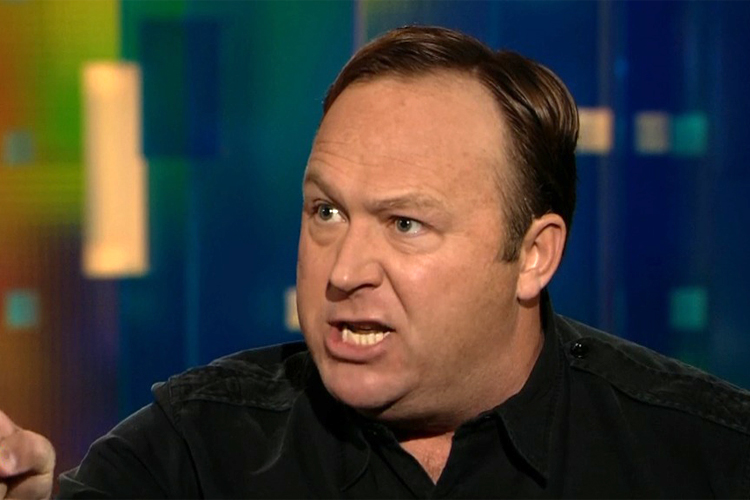 As the Left-leaning social media behemoths like Facebook, YouTube, and Twitter continue to punish conservative, pro-POTUS Trump media and personalities, they have often done so under the guise that “the Right” reflects the worst of America: Bigotry, racism, homophobia, and the rise of Nazism.

In fact, by shadow banning and otherwise censoring opposing political viewpoints, it is the Left, not the Right, that is behaving most like the National Socialist Party (the Nazi party) of Hitler’s Germany.

Last week, just a few days after Twitter CEO and co-founder Jack Dorsey testified to Congress that, no, his social media company does not ban people based on their conservative views, the platform banned Infowars and its creator, radio talk host Alex Jones, permanently, claiming that he violated policies against bullying – or something like that – all because Jones confronted a CNN media critic who had been trying to get the social media giants to ban him.

Meanwhile, Leftists can call for the mass arrests (and extermination?)of all conservatives and Trump supporters without so much as a warning from Twitter.

While the Left loves to claim that the nationalism of Hitler, the Nazi Party, and its Brown Shirt enforcers were Right-wing, the fact is the party embraced a Left-wing, authoritarian agenda; as noted above, the Nazis were officially known as National Socialist German Workers Party – similar in title to every communist/socialist/Leftist party in existence then and now.

POTUS Trump and his supporters have been painted by the Left with the broad stroke of ‘nationalists’ because of the president’s “America First” mentality and his Make America Great Again philosophy. But here, the Left is conflating patriotism with Nazi-style nationalism, the latter of which was based on Friedrich Nietzsche’s “exceptional individual,” or ‘Übermensch (‘Superman’) over all universal law and rules,” Britannica.com notes.

Nazism comes from the Left, not the Right

“America First” to Trump isn’t Nazi nationalism, it’s a patriotic philosophy meant to reinforce a governing principle as old as nations: That a country’s own best interests should always be at the forefront of policymaking. It is not nefarious or even remotely dangerous for countries including the United States to enter into agreements and pursue domestic and foreign policies that are first and foremost beneficial to Americans.

Furthermore, none of POTUS Trump’s policies or those of the Republican Party are rooted in racism or bigotry, despite what the Left claims. It was the Democratic Left, with a huge assist from the pathetically compromised ‘establishment media,’ that created the narrative that the president was a racist 1) for banning travel to the U.S. from terrorism-infested countries (it was because they were “Muslim majority,” not because there were terrorists in them); and 2) for enforcing all U.S. immigration laws (it’s because he hates Hispanics, don’t you know?).

Meanwhile, the Nazis were true racists, but not just against other people of color. They were racists and bigots to many whites – who happened to be of the Jewish faith or of non-Germanic ethnicity. (Related: Radical left-wing group Antifa has its roots in Nazi Germany.)

The Nazis were also authoritarians who disallowed any political dissent (sound familiar?). In May 1933, students from German universities came together in Berlin to do something that had not been done in Europe since the Middle Ages: Burn books that contained “unGerman” ideas and viewpoints.

“The students, along with brownshirted storm troopers, tossed heaps of books into a bonfire while giving the Hitler arm-salute and singing Nazi anthems,” said this recounting of the event.

Trump supporters aren’t doing this. But the extreme Left is; banning conservatives and pro-Trump supporters from the virtual public square by throwing them off the largest social media platforms in the world is today’s equivalent of Nazi book-burnings.

There are many parallels between Hitler’s rise to power and American politics today. But none of them have anything at all to do with Donald Trump or conservatives. They have everything to do with the Democratic Left.