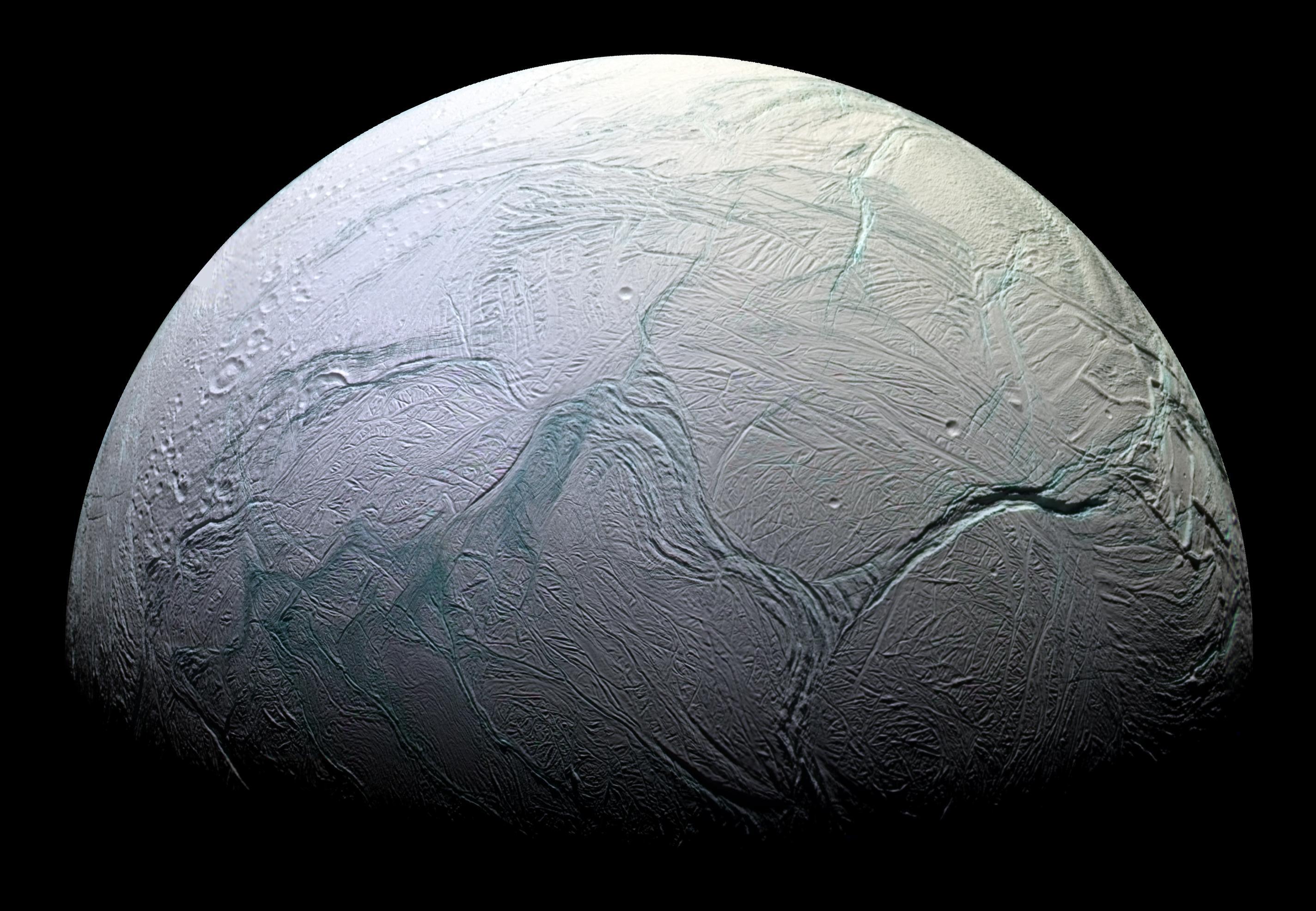 Did you know that Saturn “croons” to one of its many moons? And that the moon in question, Enceladus, “sings” back? Now you can listen to their cosmic duet thanks to a recently-released conversion of the plasma oscillations between them, an article in Live Science reported.

By September 2017, the Cassini space probe was in the last two weeks of its decade-long mission. The plan called for it to gather as much data as possible before crashing into Saturn’s atmosphere.

As the probe zipped between Saturn and Enceladus, its sensors picked up strange plasma oscillations shooting from the gas giant towards its moon. Cassini dutifully recorded the incident and sent the data back to Earth.

Upon viewing the recording, researchers realized that the plasma vibrations resembled the oscillations caused by the passage of sound as it travels through the air. The researchers ran the data through a converter and turned the recording into a sound file that could be appreciated by human ears.

They released the recording of Saturn’s song alongside a research paper in the journal Geophysical Research Letters. Their paper described the science behind the incident. (Related: Uranus smells, says scientist, who finds that the planet’s upper atmosphere is composed of hydrogen sulfide.)

Space probe records Enceladus and Saturn “singing” to each other

Enceladus is the sixth biggest moon of Saturn. Earlier data provide by the Cassini probe showed that the icy moon often tugged on Saturn’s magnetic fields using a combination of its own magnetism and massive columns of vapors that spurt from its surface.

The vapors originate from a warm ocean hidden beneath the frozen crust of Enceladus.  This subterranean ocean occasionally expels massive amounts of organic material and vaporized liquid into the moon’s atmosphere with enough force to attain escape velocity.

These eruptions provide clues regarding the possibility of life to form and flourish in Enceladus. They are also large and powerful enough to reach the ionosphere of Saturn and affect its electrical fields.

Cassini studied this interaction during the final stages of its mission. Its recording showed that Enceladus is not the sole active participant of this cosmic interaction. When the moon “sings” to Saturn, its parent planet returns the gesture by pulsing its own plasma energy towards the moon.

The technical term for this interplanetary song is “auroral hiss.” The oscillations are comprised of the same plasma that gives Earth’s auroras their brilliant, constantly-changing color.

Plasma is an ionized form of matter that resembles gas. In addition to serving as an excellent electrical conductor, it is also able to conduct waves such as sound and vibration.

The plasma column that Cassini came across was carrying vibrations from Saturn to Enceladus. However, these natural waves cannot be detected by human hearing, even if a manned spaceship with a human crew dared to pass through one of those plasma columns. They must be converted into an audible form, similar to how a radio turns electromagnetic waves into actual audio.

Cassini recorded 16 minutes worth of data. The researchers sped it up to 28.5 seconds so that the audio clip was much easier to listen to.

In their report, they also added that Earth and its moon are much more different from Saturn and Enceladus. The gas giant and its icy satellite often interact thanks to the latter’s close and dynamic orbit.

The moon, however, occupies a much more stable orbit when compared to Enceladus. The moon is also far enough from the Earth to avoid affecting the latter’s ionosphere.

You can get more stories about the duet between Enceladus and Saturn at Cosmic.news.