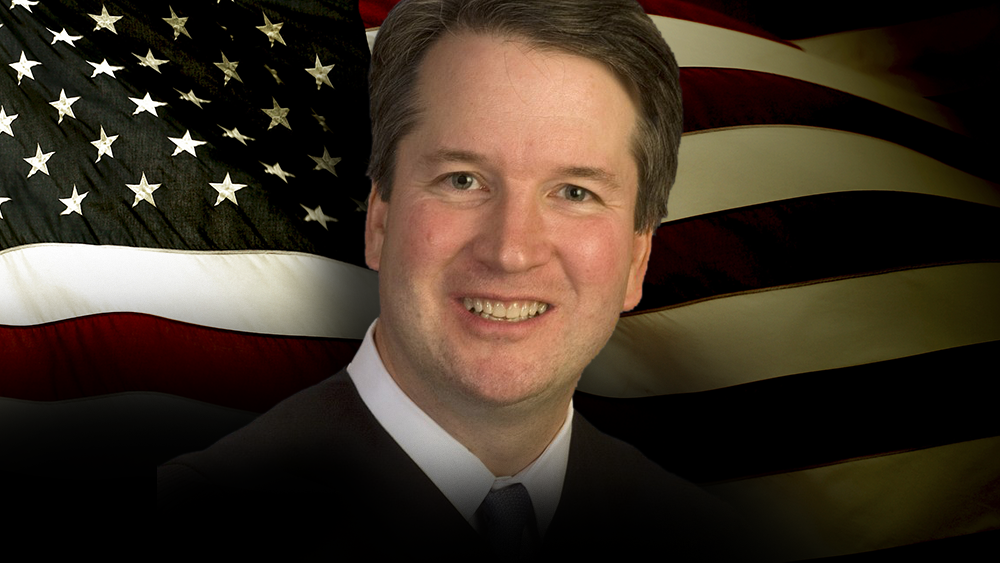 The mass hysteria of the deranged Left has reached a whole new level of disturbing disgust. Today, enraged anti-Kavanaugh Leftists screamed at U.S. Senator Ted Cruz as he and his wife were attempting to eat dinner in a restaurant in Washington D.C. The anti-Kavanaugh left-wing lunatic mob chanted “We believe survivors!”, somehow pretending that Christine Ford is a “survivor” of an event that never even took place.

You can watch the insane confrontation here, where Leftists are on camera, chanting like zombies while physically harassing and blocking Ted Cruz and his wife, who are simply trying to leave the restaurant:

Cruz has been friends with creep Kavanaugh for 20 years. Now Cruz is on judiciary committee hearing his testimony.

The irrational Left now believes that no conservative can be allowed to eat in any public restaurant, engage in online commerce, or publish an online website or video channel without being harassed, smeared and shouted down by a relentless, fact-less mob.

What we are witnessing with this is the complete breakdown of reason and civility on the part of the deranged, lunatic Left. Their mass hysteria has now reached the point of a shared psychotic episode rooted in nothing but fiction and self-delusion.

Without a single shred of actual evidence, all these brainwashed zombies on the Left have somehow convinced themselves that Brett Kavanaugh, one of the most brilliant minds of our time (and an upstanding gentleman as well), is somehow a “rapist.” They’re sure of it. They’ve all convicted him without any evidence, with no due process and without even hearing a single sentence of testimony from the accuser. But such standards of evidence are no longer required by any on the Left, who run their lives in a fact-free fantasy land of shared delusions and popular paranoia.

That establishment Democrats like Feinstein and Pelosi now wholly embrace this mass delusion of “guilt by accusation” is not merely disgusting and abhorrent to our republic; it readily demonstrates the extreme danger that Democrats now pose to civil society.

In effect, Democrats are now demonstrating why they disqualify themselves from participating in any civil society. Their behavior is an affront to human civilization and the very foundations of the western world. A powerful history lesson in “mob rule” is unfolding before our eyes, and it is a train wreck of unprecedented magnitude, revealing the soulless, unscrupulous brew of left-wing character assassinations and personal smears that now characterize nearly every significant political move by the desperate Left.

The only rational response to any of this is to reject Democrat control over anything for the rest of our lives. Reject their mob rule insanity and incivility by voting against Democrats in every election, at every opportunity, from this day forward. Denounce all Democrats and their destructive tactics, and demand the complete extrication of these demons from any position of authority or control across our society.

The term “Democrat” has become synonymous with derangement and desperation. Through the utter abandonment of anything resembling reason, evidence or public debate, Democrats have sunk to an animalistic cult of chanting, hate-filled zombies that are incapable of reason. They demonstrate this again and again, underscoring a dark, cancerous tumor that has infiltrated humanity, destroying any legitimate hope of justice or liberty for those who stand in the path of its accusatory swarm of relentless, mindless haters.

The time has come for all who love true justice, humanity and civilization to denounce all Democrats, reject the lunacy of mass hysteria and restore sanity to our world. No person is better qualified (and more desperately needed) to help restore that sanity than Brett Kavanaugh.

The behavior of those attempting to destroy Brett Kavanaugh demonstrates exactly why we must support him. If we allow the lunatic mob of Demoncrats to destroy this intellectual giant, we surrender the very future of this nation to a maniacal mob of destroyers who, quite frankly, don’t even deserve the honor of being Americans in the first place.

Call your Senators and demand they confirm Brett Kavanaugh, despite the mindless rantings of the lunatic mob. (See phone numbers, below.)

Watch my breaking news video for a more detailed explanation of all this:

Here are the 10 Republican Senators who have not pledged their votes yet and their office phone numbers. Call them!

I am doing a GoFundMe for Brett Kavanaugh and his family. If you're disgusted by the way he has been treated, please donate and spread this on Facebook and Twitter.https://t.co/rzzhkrba5u