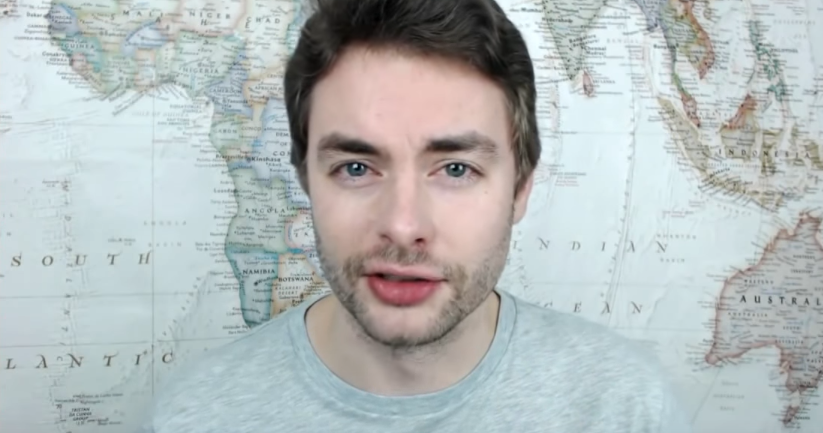 The Scandinavian cesspool of leftism known as Sweden is systematically committing cultural suicide – and it’s all because of the radical feminists in charge who insist upon handing the country over to Islamic “refugees” from Africa and the Middle East who care nothing about the native culture, and who are raping and murdering native Swedes at an alarming rate.

The bold and always blunt Paul Joseph Watson addresses this ongoing total collapse of Sweden in a recent video available for viewing at Brighteon.com. Watson highlights the utter hypocrisy of the virtue-signaling feminist government of Sweden, the policies of which are making an already serious problem that much worse.

“How could I forget about my favorite country – he only country to have a feminist government while being the rape capital of the continent,” Watson jokes about the utter lunacy of what’s going on in Sweden these days. “Sweden has come up with a novel, new way of addressing its rampant rape problem. Stop importing the rapists? No. Arrest and fine the people who complain about it.”

Be sure to watch the full eye-opening video at Brighteon.com below:

Watson points out a slew of noteworthy cases in which native Swedes have been targeted, arrested, and even fined by the country’s feminist government, simply for pointing out that the continued importation of Muslim “refugees” is causing massive problems for Swedish society.

A 55-year-old Swedish man, for instance, was recently fined the U.S. equivalent of $1,265 for committing a “crime of opinion” after he wrote on Facebook about how Sunni Muslims are responsible for much of the gang-related crimes and rapes being committed in Sweden.

A Swedish police officer is also under investigation for merely observing and pointing out that “foreign-born offenders” are largely responsible for Sweden’s prolific gang-rape problem, which has soared to epic proportions ever since Sweden’s feminists decided to embrace the “politically correct” stance that native Swedes don’t belong in their own country.

“There are people actually being prosecuted for telling the truth,” Watson reveals.

80-page investigation found that 95.6 percent of rapes and 90 percent of group rapes in Sweden are committed by men from the Middle East and Africa

Since the feminist Swedish government refuses to actually track crime statistics, a 40-year-old former truck driver decided to take matters into his own hands to identify the culprits who are committing the most crimes in Sweden. He found that almost all of the rapes and gang rapes against women in Sweden are being committed by “refugees” from the Middle East and Africa.

These figures are based on statistics from 4,142 separate rulings regarding sex-related crimes that were issued by 40 different Swedish courts between 2012 and 2014, it’s important to note.

“Two out of three rapes with aggravated circumstances were committed by newly arrived migrants or approved asylum seekers,” Watson says. “Official crime statistics show that reported rapes have increased 34 percent in the last 10 years … but don’t worry, because Sweden’s feminist government is fighting back … by changing ‘sexist’ street names,” he mocks.

Sweden is so “politically correct,” Watson further points out, that:

“The police responded to a recent wave of grenade attacks, including grenade attacks against police stations, by expressing ‘concern’ for those who pulled the pin.”

“It hired a Muslim migrant to be the head of its national heritage board – a guy who admits he hasn’t ‘read anything about cultural heritage,’ and opposes Swedes who want to protect their culture. Meanwhile, iron age Viking artifacts are being declared ‘meaningless’ and melted down.”

“One of its leading cultural journalists says Swedes don’t deserve their own national day, and that ‘nationalism should be wiped out.'”

And on and on it goes in the people’s police state of Sweden, which is quickly turning into just another Muslim-dominated “culture” dominated by Sharia Law.

Be sure to watch the full video with Paul Joseph Watson at Brighteon.com.