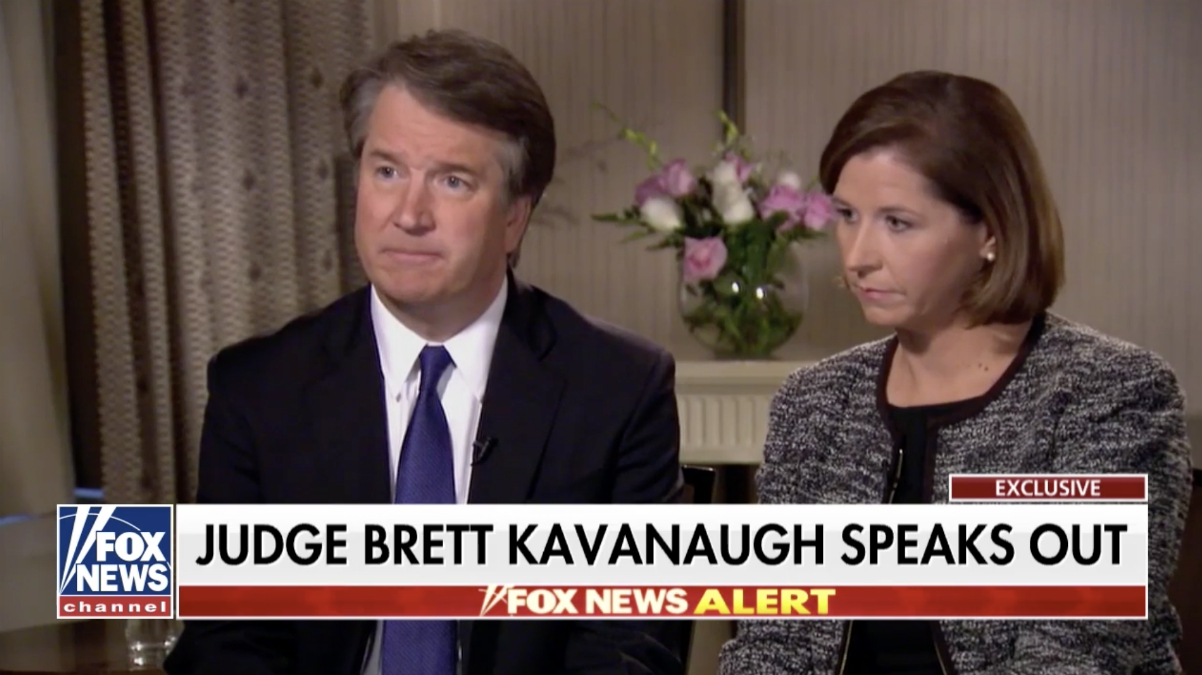 One of the “mainstream” media’s claims regarding a mounting series of allegations of sexual abuse by three women against POTUS Trump’s Supreme Court nominee Judge Brett Kavanaugh is that the claims are credible because they’ve been corroborated or substantiated by others who were said to be present when the abuse took place.

There’s just one problem with those claims: They’re not true.

As Townhall noted on Wednesday, the day before Kavanaugh’s first accuser, Christine Blasey Ford, was scheduled to appear before the Senate Judiciary Committee along with the accused, her legal team has released a series of witness statements meant to serve as evidence against the nominee, but would really be better used “serving as place mats” on a table.

Ms. Ford has alleged that a drunken 17-year-old Brett Kavanaugh tried to rape her at a high school party, for which she has no recollection of key details, specifically how she got to this party, who hosted it, and who organized it. Ford penned a letter detailing this allegation, which she sent to Sen. Dianne Feinstein’s (D-CA) office in July. DiFi sat on it for weeks, keeping it from her Senate colleagues until zero hour when it looked like Kavanaugh was going to get a smooth confirmation. The theatrics at the hearings were over. Of course, this allegation cannot be verified. And that’s the point: it’s all designed to run out the clock.

In an article regarding the statements, USA Today maintained that they constitute admissible evidence to back up her initial allegations.

Nothing could be further from the truth. All the signed statements indicate is that Blasey Ford told the four who signed them about the allegations. That’s not the same as offering proof or evidence the abuse actually took place or that Kavanaugh was the one who committed the abuse.

These are not corroboration

Narrative over truth I guess https://t.co/svuU4UA031

Jim Hanson, president of Security Studies Group, noted on Twitter that the statements “are not corroboration. They are statements that 30 years later [Ford] mentioned this to them. Narrative over truth I guess.” (Related: Did plot to accuse Brett Kavanaugh begin with Mitt Romney nomination in 2012?)

Telling someone something happened isn’t proof of anything

Apparently this college-educated mainstream media journalist doesn’t know what the word corroborate really means in the context of this story, which is, that the signed statements don’t prove any allegations against Kavanaugh and don’t attest to anything other than they say Ford told them about the allegations (and even then, how are we supposed to really know given that nothing she’s said has been truly – wait for it – corroborated?).

These two and the others, however, noted further that Ford only mentioned the alleged attacker was a “federal judge” – she never mentioned Kavanaugh by name.

“This is not corroborating Ford’s accusation,” Townhall notes. “It’s merely confirmation that she told a lot of people about this alleged, still-evidence-free, and witness-lacking allegation of attempted sexual assault that occurred during high school some 30-plus years ago, but that’s all.”

These corroborators aren’t witnesses; they weren’t around when the alleged assault took place, so they can’t testify whether or not it ever happened.

Democrats vowed to stop Kavanaugh’s nomination any way they could. That’s what all of this nonsense is really about.

Read more about the media propaganda surrounding this hoax at Propaganda.news.