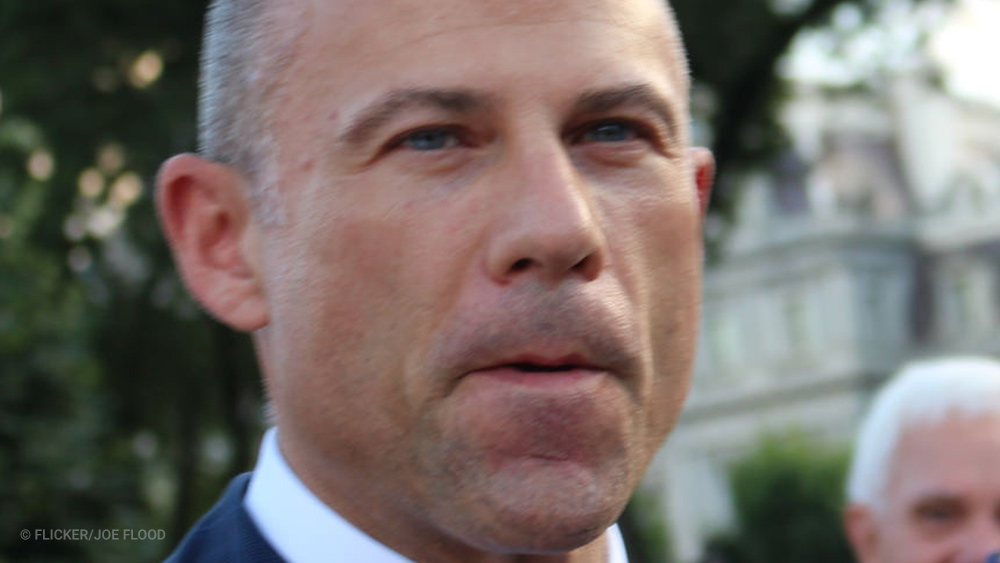 And now for the grand finale of the deranged, clinically insane Left that will stop at nothing to halt the U.S. Senate confirmation of future U.S. Supreme Court justice Brett Kavanaugh: They’ve ginned up a desperate accusation that no one believes, claiming Brett Kavanaugh was present at a party where “gang rape” assaults took place back in 1982 (when Kavanaugh was in high school).

Oh yeah, and Avenatti is also running for President in 2020. Seriously.

Julie Swetnick says somebody raped her at a party, but it wasn’t Kavanaugh

The new accuser is named Julie Swetnick, and according to Avenatti, “Ms. Swetnick, in a sworn statement says she was a victim of one of these ‘gang’ or ‘train’ rapes where Brett Kavanaugh and Mark Judge were present. Swetnick also claims she was drugged with Qualuudes or ‘something similar.'”

Wait a minute, you mean she wasn’t touched by Brett Kavanaugh? Her entire claim is that Brett Kavanaugh was “present,” so even if her own tragic story is true, she’s not claiming Kavanaugh assaulted her or raped her.

Kavanaugh has responded, saying, “This is ridiculous and from the Twilight Zone… I don’t know who this is and this never happened.”

But the Twilight Zone is exactly where Democrats are living these days. Without any evidence whatsoever, Swetnick says Kavanaugh and others “spiked drinks” to cause girls to drink alcohol. Gosh, say it isn’t so! You mean to tell me that in 1982, teenagers at a party had access to alcohol that they poured into the punch? And then somebody had too much to drink — not Kavanaugh — and Swetnick found herself sexually assaulted by inebriated boys who also weren’t Kavanaugh?

Is Swetnick asserting that the kind of girls who go to these parties have no idea the punch is spiked with alcohol? C’mon, people. It’s high school. Party girls don’t go to parties that are just serving fruit punch. Now that would be Twilight Zone.

As The Gateway Pundit explains, Swetnick by her own admission was “standing around and partying while ignoring girls being gang raped.” Swetnick, according to the report, “claims that she hung out partying while lines of guys waited to gang rape inebriated women.” She also “claims that she continued going to these parties knowing they were gang raping other young women — until it happened to her.”

As TGP writes, “To borrow from Madeleine Albright’s famous phrase — there’s a special place in hell for women who party while other women are being gang raped.”

The Dems are desperate. Now they’re actually bringing forward claims of “gang rape” carried out by people who were NOT Kavanaugh. This should be called the “Kavanaugh didn’t rape me” allegation, which is essentially the same allegation also being fronted by Christine Blasey Ford, who insists she also was not raped by Kavanaugh.

There is a gang rape taking place in all this, however: It’s the American people who are getting psychologically raped every day by this insane, incessant, desperate train of false allegations and character smears being aggressively catapulted into national consciousness by the deranged, lunatic Left. We now see they will stop at nothing to prevent the confirmation of Kavanaugh, even if it means rolling out “Kavanaugh didn’t rape me” allegations from political activist women who have their own twisted histories to answer for.

After this false accusation implodes, look for Michael Avenatti to claim he used a Ouiji board to communicate with a dead woman who told him Kavanaugh raped and murdered her in 1986, and thank God Avenatti can communicate with the dead or else no one would have ever learned the truth!

You are watching the downfall of civilization here, folks. When Democrats lose elections and lose the Supreme Court, they must now resort to what is essentially “character assassination terrorism” to destroy individuals who represent a threat to their power.

None of this means Swetnick wasn’t raped. But she sure wasn’t raped by Brett Kavanaugh. (And she’s not even claiming she was.)