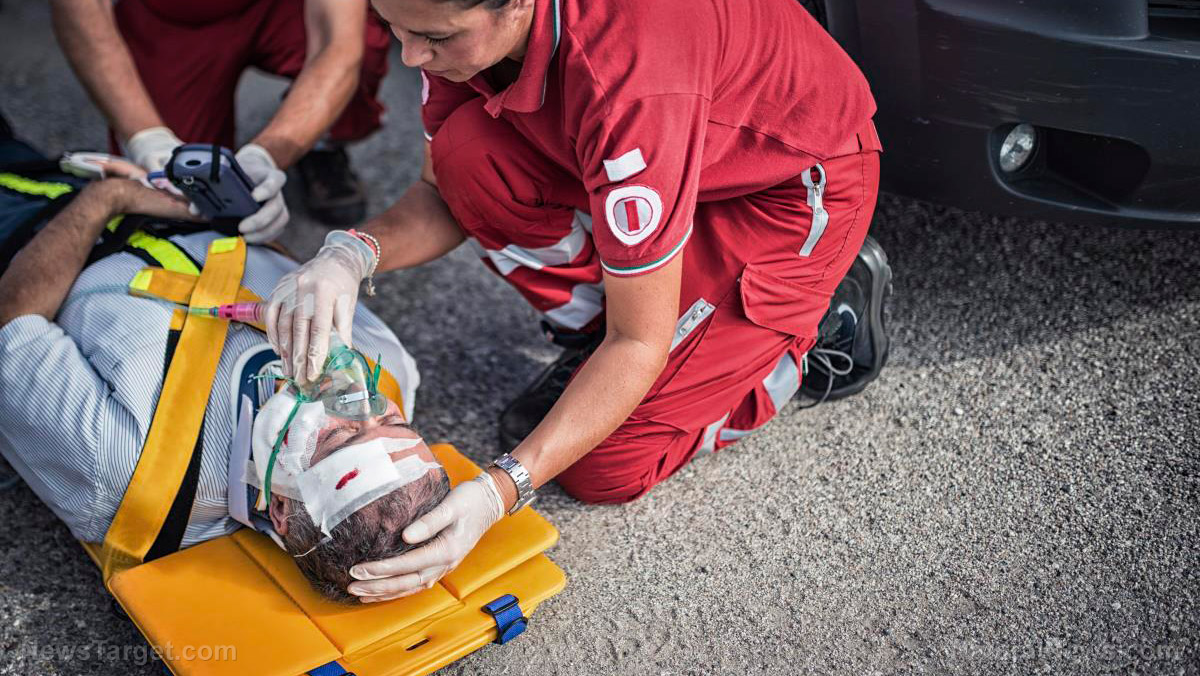 Human beings are small and fragile, easily crushed by machinery, vehicles, trees, and fallen debris. In the event of a catastrophic earthquake, hurricane, or tornado, there are never enough ambulances to respond to every need. When trees are uprooted and the walls come crashing in, modern medical services won’t always be there to save your life. If you or someone you love becomes trapped under the weight of fallen debris, what is the best way to respond? Is it always safe to pull the person out from under the crushing object?

During a major earthquake, people suffer from a variety of injuries, including hemorrhages, sprains, fractures, and burns. The most devastating injury of all is the crush injury. Left untreated, a crush injury can cause internal bleeding that causes swelling, loss of nervous system function, and organ death. Even after treatment, a crush injury can become a life threatening ordeal of broken down fascia, extensive bleeding, and damaged organs.

Because the skin does not always break in a crush injury, blood vessels may bleed internally. Internal bleeding injuries can easily go unnoticed, causing an accumulation of blood in body tissues. This is known as hematoma. The first thing to do when facing hematoma is to locate where the blood is accumulating, where bruising is already setting in. The skin may need to be penetrated to let the blood flow out. Once the skin is breached, direct pressure can be applied to the surrounding area, to help remove the trapped fluids. Be prepared to pack the wound with dressings to soak up the blood and keep the wound from bleeding out.

If the rib cage or abdomen has been crushed, apply direct pressure to help stop the internal bleeding. It’s best to let the fluids out or else the pressure can cause swelling inside, causing fluids and toxins to spill throughout the body, overburdening the kidneys.

When to remove the crushing object

If the crushing object is not removed, the person can suffer from internal bleeding, lose a limb, or have organs shut down. If the object can be lifted off the person within fifteen minutes, there is greater chance of survival. If the object cannot be lifted within fifteen minutes, emergency personnel will need to decide what is best. Before the weight is removed, IV hydration, oxygen, and medication may need to be administered. As body fluids leak internally they can flood the body with toxins, putting tremendous pressure on organs such as the kidneys. A tourniquet may be needed to hold back some of the fluids. Medical professionals will likely prepare a fasciotomy to release pressure. This procedure requires an incision to be made along the injury to release pressure in the affected compartment. If the extreme pressure of the object is lifted, compartment syndrome may set in quickly.

Organs and limb muscles are supported by tough connective tissue known as “fascia.” The fascia form compartments that provide extraordinary strength and protection. If these fascia compartments are crushed, internal bleeding may fill up the compartment, putting tremendous pressure on the organs in that compartment. This is known as “compartment syndrome.”

As the muscles swell up, as blood fills the compartment, nerves and internal organs suffer swift damage. The compartments become pressurized, resulting in poor circulation and lack of oxygen in the area. This causes organ failure, paralysis, or death. There are important warning signs to look for if compartment syndrome is setting in. The first sign is lots of pain and parethesia, which is a tingling sensation at the affected area. Other signs of compartment syndrome include pale skin, lack of pulse, rapid or irregular heartbeat, and paralysis.

If a person is under crushing weight for a significant period of time, their muscles and organs begin to die off and release toxins. After removing an object, organs and muscles may release significant amounts of potassium, causing irregular heart rhythm. This is called reperfusion syndrome. The kidneys may fail as the toxins overwhelm them. Without a proper medical response, the victim of a crush injury can suffer swift organ failure and death. A lone medic is not always capable of responding effectively. Usually, victims must be stabilized at a medical center in order to survive.