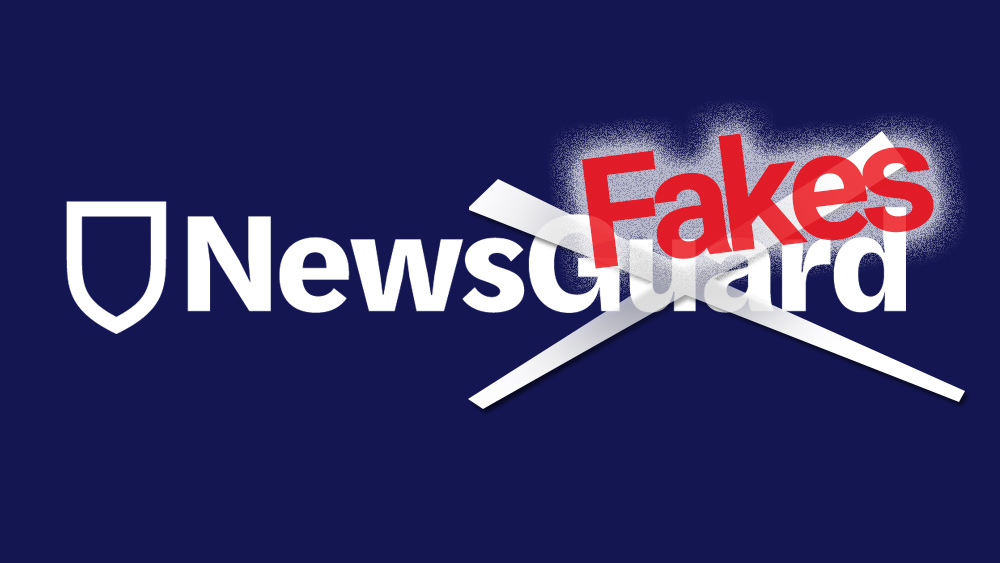 A new product created by Microsoft that supposedly differentiates between real and fake news online has been exposed as a propaganda tool tied to none other than Saudi Arabia, arguably the world’s most oppressive theocratic regime.

The so-called “NewsGuard” browser plug-in claims to be all about “restoring trust and accountability” to online news content, assigning a “news rating” to every web page that shows either a green color for “approved” material, or a blue color for “unapproved” material. But a little bit of digging reveals that NewsGuard’s third-largest investor is Publicis Group, a Paris-based advertising firm whose subsidiaries include an extensive array of public relations firms, the sole purpose of which is “to spin the news and influence the public on behalf of corporate clients,” reports Breitbart News.

One of these P.R. firms is Qorvis Group, a Washington, D.C.-based company whose clients include both Saudi Arabia and the Kingdom of Bahrain. Qorvis has reportedly represented Saudi Arabia ever since the 9/11 terrorist attacks, when it helped the Sharia-dominated country to protect its image in response to the revelation that 15 of the 19 alleged terrorists were Saudi nationals.

In the seven-month period between March and September 2002, the Royal Embassy of Saudi Arabia reportedly paid Qorvis an astounding $14.7 million to spread fake news about how Saudi Arabia is supposedly a bastion of goodness, holding many “shared values” with the United States.

“The firm also shuttled Saudi officials on whirlwind tours of major media outlets, and broadcast ads promoting the 9/11 Commission finding that there was ‘no evidence that the Saudi government as an institution or senior Saudi officials individually funded [Al Qaeda]” – while omitting the report’s conclusion that ‘Saudi Arabia has been a problematic ally in combating Islamic extremism,'” reads a portion of an article published by Mother Jones, which was republished by Breitbart News.

Many of NewsGuard’s employees are former Bush Administration officials

It would only make sense that Qorvis’s job was to play cleanup for the Saudi regime, seeing as how its employee ranks are stacked with former Bush Administration officials, many of whom are aggressive war hawks with an interest in spreading pro-war fake news on behalf of Saudi Arabia.

Concerning Saudi Arabia’s brutal war in Yemen, Qorvis was there to spread fake news about how the Saudi regime is doing a good thing by sending cluster bombs into civilian locations in Yemen, for instance. Qorvis has also actively promoted this war, as has the Trump Administration, despite bipartisan agreement in both the Senate and the House that the U.S. lacks congressional authorization to support this violent intervention in the Middle East.

Qorvis has also led the charge in actively manipulating public opinion about Saudi Arabia throughout American media, creating an entire website known as OperationRenewalOfHope.com that paints Saudi Arabia in a positive light.

“It also ‘researched potential grassroots supporters in select states’ and provided an ongoing effort to reach out to supporters concerning the Yemen war,'” revealed The Intercept, as relayed by Breitbart News.

Believe it or not, Qorvis also backs an “online hub for news related to the (Saudi) Kingdom” known as “Arabia Now,” which is managed by a consulting firm known as Targeted Victory that’s owned and run by GOP strategist Zac Moffatt, the former digital director for the Mitt Romney campaign.

“Since then, the site has worked to promote Saudi Arabia as a bastion for human rights and progress, with posts claiming that the Kingdom is the ‘most generous country in the world,'” The Intercept further reveals.

Be sure to check out the TruthWiki page for NewsGuard for more information about the company’s corrupt ties to authoritarian regimes.