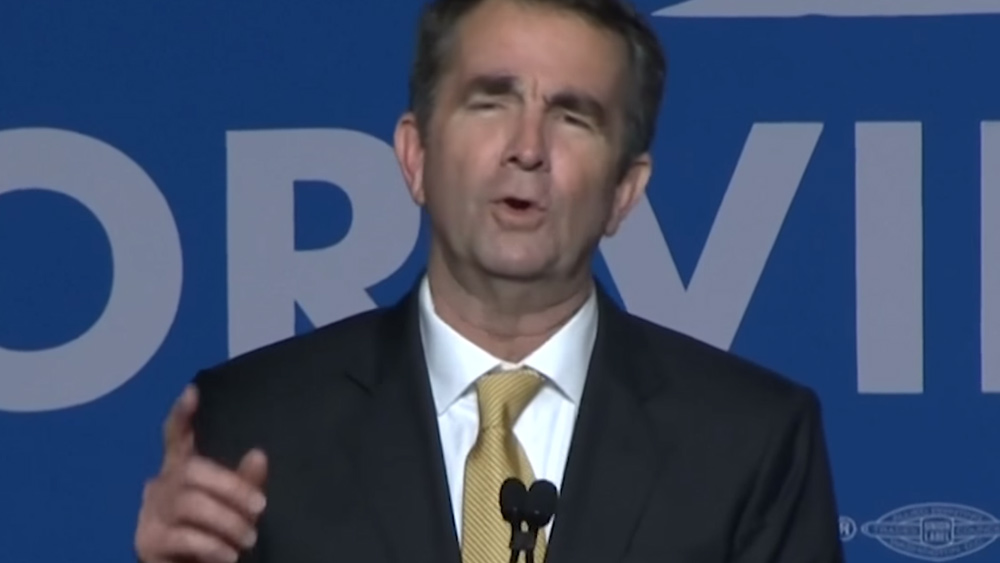 Virginia Governor Ralph Northam is lashing out against his many critics, whom he’s patently declared as “disgusting” for pointing out the fact that he supports murdering babies after they’ve been delivered from their mothers’ wombs.

In a tweet he posted to Twitter on January 30, Northam made the claim that he’s “devoted [his] life to caring for children,” adding that “any insinuation otherwise is shameful and disgusting” – even though these statements about supporting infanticide came from his own mouth, leaving nothing to “insinuation.”

“If a mother is in labor … the infant would be delivered,” Northam earlier stated about what he believes should happen during a botched abortion.

You can watch Northam make these statements for yourself at this link.

However, Northam is now claiming that he never actually said this – and is now trying to turn the narrative around in condemnation of those who were actually paying attention to what he clearly stated with no ambiguity.

“We’re not insinuating anything,” replied the Susan B. Anthony List Twitter page to Northam – this rebuttal tweet representing just one of more than 21,000, according to LifeNews.com, that challenged Northam’s false assertions about his critics.

“You said you support withholding care and allowing babies to die after a failed third-trimester abortion. You are a disgrace to your office and the medical community and should have your medical license taken away,” the page added in its response to Northam.

Mollie Hemingway, Senior Editor over at The Federalist, also tweeted a rebuttal to Northam, explaining:

“Sounds like you need a refresher on what *you* said this morning,” followed by the aforementioned link to Northam’s earlier statements in support of infanticide.

“And here’s a refresher on what the radical bill you support does,” she added, followed by a link to the Virginia House GOP Twitter page, which contains a video clearly explaining how the bill that Northam supports contains provisions for legalized infanticide.

Even Democrats are calling on “Governor Blackface” to resign – but not because they oppose abortion, of course

At the same time that he’s receiving massive backlash from conservatives over his support for legalized baby murder after a baby is born, “Governor Blackface,” as some are now calling him, is also being chastised and told to resign by other baby-murderers like himself who are outraged over a photo that recently surfaced of himself and a friend dressed up in “blackface” and a Ku Klux Klan outfit, presumably for Halloween or a party.

As we recently reported, the unearthed medical school yearbook photos suggest that Northam is a racist who hates black people, which has prompted many people to demand that he step down from his post.

“According to Big League Politics, Northam’s nicknames at VMI (Virginia Military Institute) included ‘Coonman,’ which could be construed as a racial epithet,” explained our own J.D. Heyes, citing the Big League Politics article that originally broke the news about Northam.

“Also, E.W. Jackson, Northam’s black opponent from his 2013 race for Virginia lieutenant governor, noted that his yearbook behavior is ‘consistent’ because Northam refused to shake his hand at their debate,” he added.

For more related news, be sure to check out MedicalViolence.com and Twisted.news.