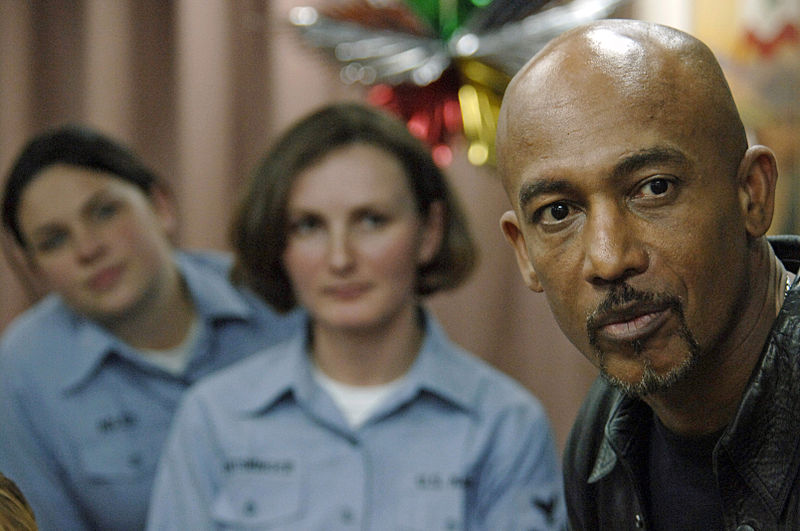 Former Republican and washed up talk show host Montel Williams caught the Leftist hate virus the other day when he decided to tweet, then delete, about how he wishes police officers would have tased conservative shock pundit Laura Loomer for forming a creative illegal immigration protest on the grounds of the Napa vineyard estate owned by Speaker of the House, Nancy Pelosi.

In case you missed it, Loomer recently brought three “illegal aliens” with her to Pelosi’s lavish vacation home in California’s premiere wine country, where the group proceeded to climb over Pelosi’s wall and form a “sanctuary” on her property – a demonstration meant to show the hypocrisy of Pelosi’s claim that a southern border wall is somehow “immoral.”

Many members of the Left Cult went nuts in response to Loomer’s hilarious stunt, accusing her of violating private property rights – which was precisely her point with regards to illegal aliens who violate federal law by crossing the American border without permission. And Williams was no exception, trumpeting his hatred for Loomer on Twitter along with countless other libtards who lack the logical capacity to recognize the irony of protesting Loomer’s demonstration.

“RT (retweet) if you think Napa police should tase Laura Loomer… I’m tired of this child,” Williams wrote in his now-deleted, January 14 tweet.

The Twitter backlash in response to this tweet by Williams was swift and to-the-point, as users of all political persuasions pointed out that squelching free speech with police state tyranny is precisely the type of fascism that Leftists claim to oppose – not to mention the fact that, applying this same standard to all illegal activity, Williams should also be calling for Border Patrol to tase illegal aliens who attempt to cross the southern border illegally.

“Montel- The Internet is forever!” tweeted one individual in response to Williams’ call to essentially abolish the First Amendment rights of people like Loomer with whom he disagrees. “Is that what we do with those we disagree with- we taser them??? Really? #FreeSpeech.”

Williams responded to this tweet with another of his own, stating:

“When they trespass on private property and refuse to comply, yes” – the irony once again going completely over his head.

Williams apparently also missed the fact that Loomer and her crew were escorted off Pelosi’s property without incident, at no time refusing to comply as he falsely stated.

When Donald Trump was running for president, Montel Williams said he would only return to the GOP “for John Kasich”

It seems that Montel Williams is also suffering from a severe case of Trump Derangement Syndrome (TDS), as evidenced by an editorial he wrote for USA Today back in early 2016, in which he stated that he would only become a Republican again if Ohio Governor John Kasich was elected president.

“If there’s one thing 22 years in the military taught me, it’s that we need an adult in the White House,” Williams wrote, taking a jab at then-candidate Trump.

“Someone who’ll stand up to our enemies abroad. Someone who is responsible enough to command the world’s most powerful military. Someone who’ll rise above the din of toxicity infecting our national dialogue and unite our bitterly divided public. Someone who can work with both parties while remaining true to his core beliefs. That adult is Kasich,” he added, stating later in his piece that, unlike Trump, Kasich “is by far the best choice.”

For more news about libtards like Montel Williams who embrace a “love trumps hate” ethos – but only for people they agree with – be sure to check out Libtards.news. You can also check out the latest news about liberals gone wild on social media by visiting LiberalMob.com.