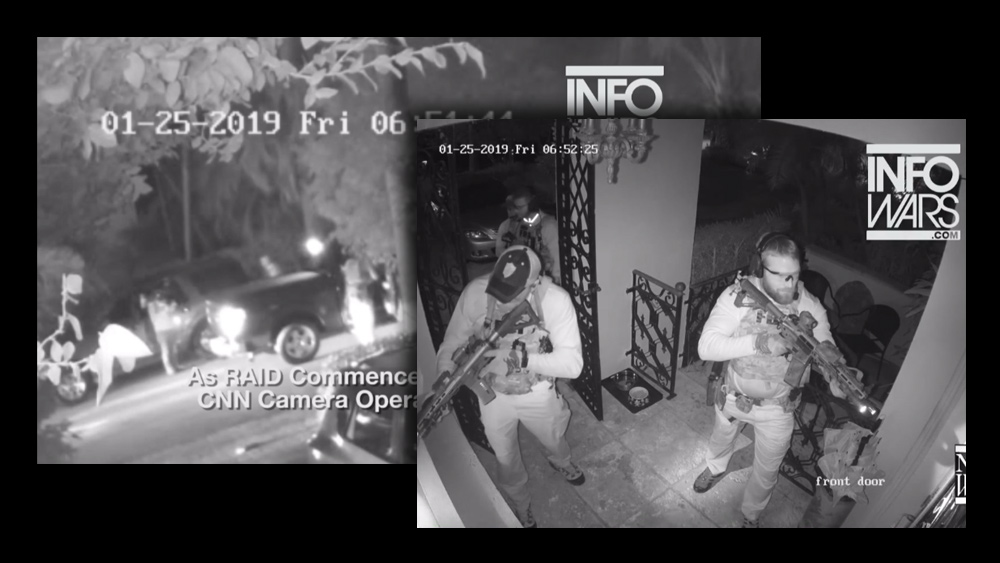 The shocking video footage proves that the corrupt FBI was complicit in the theatrical staging of the arrest for CNN’s cameras, further proving that CNN was tipped off by someone in Robert Mueller’s office. Leaking this information to the media is a felony crime, demonstrating that Robert Mueller’s deep state mafia is, itself, a criminal operation engaged in domestic terrorism tactics against Americans.

The FBI attempted to confiscate this footage but reportedly failed to find and remove the DVR that captured it. Some of the video footage shows the FBI placing tape over the lens of one of the cameras, confirming that the FBI is actively engaged in attempts to cover up their crimes of violence that target innocent Americans for political purposes.

See the video screen grabs below, and share everywhere. This is now the America in which we live: A deep state, police state bureaucracy run by federal terrorists who stage armed raids against political enemies while collaborating with the anti-Trump media to stage such raids for propaganda “news” broadcasts. (All while the tech giants censor the independent media to silence the truth.)

Both CNN and the FBI are now clearly enemy combatants in a civil war being waged against America’s President and anyone linked to him. It’s time for all Americans to stand up and demand the arrest and criminal prosecution of Robert Mueller, James Comey, top FBI officials and CNN collaborators. The rogue deep state is out of control and has crossed the line into total criminality. The bureaucracy is now run by actual enemy combatants who are attempting to carry out a political coup in America, and they are now using Gestpo-style terrorism tactics to accomplish their intended goals.

The CNN production vehicle arrives, having been illegally tipped off about the imminent raid: 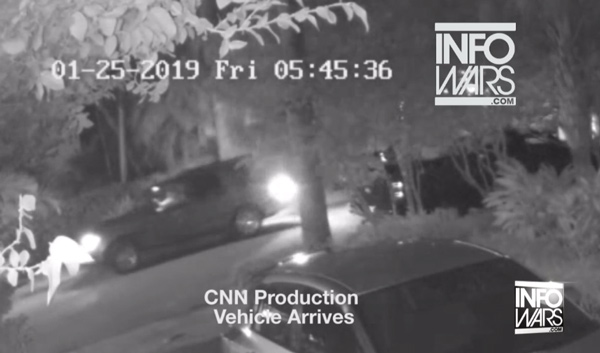 FBI thugs meet with CNN personnel and direct them to capture the footage of the imminent raid: 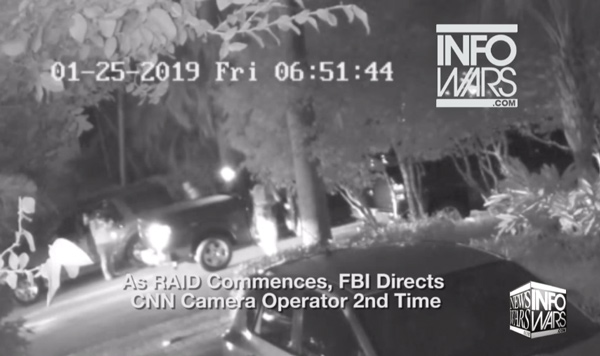 Armed FBI “Gestapo” thugs launch the raid, carrying numerous rifles and handguns which are aimed at Roger Stone and his innocent wife: 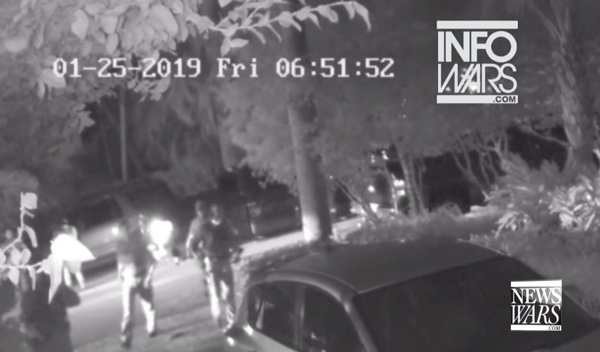 Roger Stone is handcuffed and arrested for “lying to Congress” — something that James Comey, Hillary Clinton and Barack Obama have repeatedly done on countless occasions. Notice the armed, rifle-wielding FBI mercenary on the right side of this frame as he’s pointing his rifle at the front window of Roger Stone’s home: 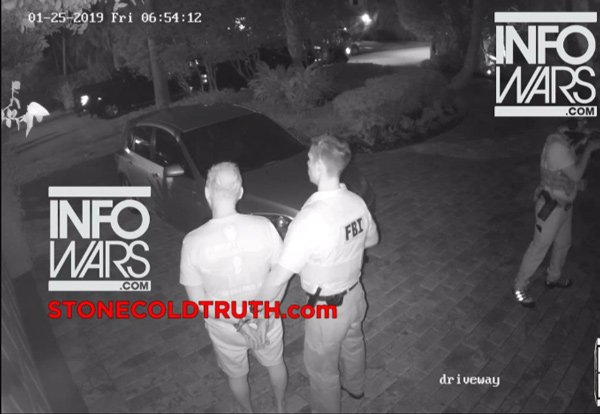 Stay informed. More video footage is coming. This is why the tech giants are desperately censoring all independent media, so that they can dominate the news narratives with their fake news and staged acts of terrorism. Twitter banned Natural News yesterday, and Apple has threatened to ban the Natural News app if we continue to publish stories that expose the lies and terrorism of the lunatic Left.

Learn the truth at StoneColdTruth.com.