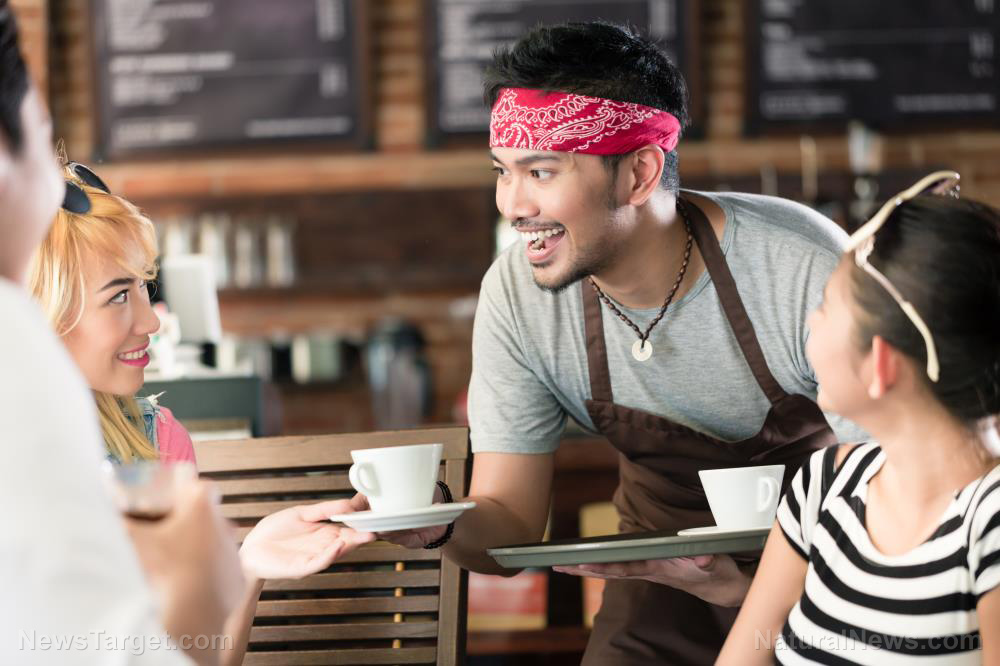 Celebrity chef Gordon Ramsay, a man with white skin, is the latest casualty of the social justice warrior (SJW) mob, following his recent announcement about plans to open an “Authentic Asian Restaurant” in England – which is apparently a big no-no, since he’s not personally Asian.

Reports indicate that anti-white racists went nuts on Twitter after Ramsay broke the news, revealing plans to open his new Asian restaurant in the city of London – which is also not located in Asia – later this summer. He plans to call the place “Lucky Cat,” and it will replace his soon-to-be-closed “Maze” restaurant, which has reportedly been suffering severe financial troubles.

“A revolutionary new venture and concept for the group, the restaurant is set to be an authentic Asian Eating House and a vibrant late-night lounge, inspired by the drinking dens of 1930s Tokyo and the Far East,” reads an announcement about Ramsay’s new restaurant.

“Just as these nocturnal clubs were once the playground of urban dwellers seeking all things spirited and rebellious, Lucky Cat has woven these notions into the fabric of Lucky Cat, as showcased in everything from the menu concept to the innovative interior design.”

One of the world’s premiere chefs, Ramsay knows a thing or two about how to make authentic cuisine, regardless of its ethnic origins. And his announcement further reveals that he’s taking his commitment to the quality of food at Lucky Cat seriously, explaining that “an ethos of respect and passion” will be “channeled into every dish.”

“I can’t wait to open the doors at Lucky Cat and bring a new flavour of Asian food and culture to Mayfair,” Ramsay is quoted as saying in a recent statement to Eater.

“I can honestly say there will not be a bad seat in the house – every table will have a unique view and each guest will come away having experienced something sensational – whether it be the phenomenal menu, the amazing service or the stunning look and feel.”

It was a moment of pure excitement for Ramsay that was quickly extinguished by racist busybodies like Democratic strategist Chung Seto, an Asian woman who immediately jumped on Twitter to whine about how Ramsay is somehow stealing her culture with plans to cook and sell Asian food to hungry customers.

“No!!!” Seto screamed online. “Another celeb making profits off Asian culture & food without Asians at the table! How authentic can that be?!” she added, citing an article from none other than HuffPost that similarly chides Ramsay for daring to produce authentic Asian cuisine while not being Asian – a similar scenario to what happened to a pair of white women in Portland, Oregon, who were forced to shut down their burrito shop simply because they aren’t Hispanic.

Another Twitter user expressed similar sentiments, sarcastically stating that Ramsay is somehow trying to “join the ranks of the many white people that (sic) are capitalizing on Asian cuisine without putting equal effort into giving Asians seats at the table of equity.”

By the same twisted logic, when will all of these complaining Asians stop culturally appropriating the West and move back to Asia?

The irony of all these Asians complaining about the alleged “cultural appropriation” of Asian food by Gordon Ramsay is that all of them appear to reside and make a living in Western countries like the United States or the United Kingdom, neither of which are native Asian habitats – meaning these same Asians are guilty of the very thing they’re accusing Ramsay of: culturally appropriating something that doesn’t belong to them, mainly Western civilization.

So are these Asians planning to return back to Asia any time soon in order to maintain consistency in their convictions about all ethnicities only embracing their own native foods, clothing, and culture at all times? The answer is no, of course, seeing as how only “whitey” is expected to abide by these racist doctrines of the Cult of Political Correctness.