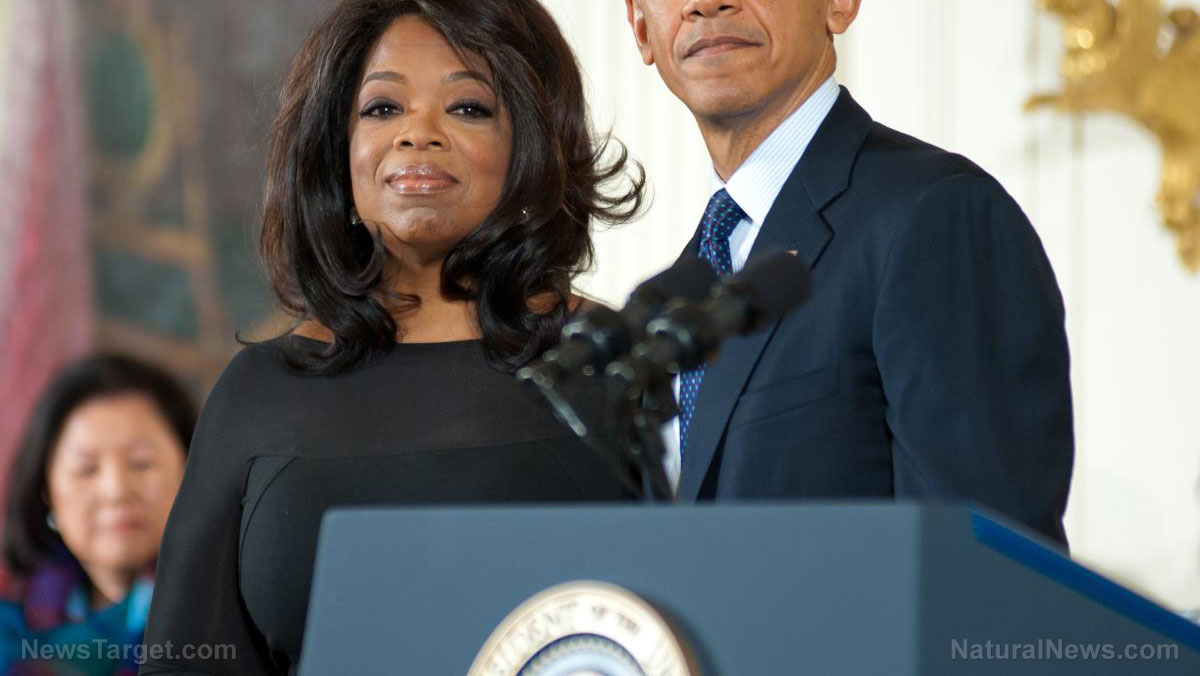 Back in 2010, talk show guru Oprah Winfrey dedicated an entire episode of her show to a self-professing “faith healer” with whom she claims she had a “blissful” encounter. But as we recently reported, this “faith healer” has since been exposed as a serial rapist who had actually been operating a massive child “sex slave farm” and “birth factory” behind his religious facade.

At the time, Oprah was convinced that Joao Teixeira de Faria, more popularly known as “John of God,” was the real deal. She contends that she almost fainted upon first meeting him, as his presence was apparently too much for her to handle, causing her to feel “an overwhelming sense of peace.”

Entitled, “Leap of Faith: Meet John of God,” this particular episode of Oprah’s show is said to have generated interest in John of God. Because of Oprah, in other words, tens of millions of people who had previously never heard of John of God were quickly introduced to the many “amazing miracles” of this “faith healer,” which include tales of him healing a woman of cancer simply by slicing into her breast without anesthesia and removing a tumor.

John of God is also said to have healed many other people simply by touching them and saying a succinct prayer, which would seem to make him a modern-day miracle worker, of sorts, with supernatural healing powers – or so his followers were led to believe.

Fast-forward to 2019 and hundreds of women have come forward with claims that John of God raped them. The “faith healer” is also being accused of recruiting young girls to his many “child slave farms,” where they were repeatedly impregnated as part of a “birth factory,” before eventually being killed off and discarded.

One of these women, Zahira Lieneke Mous of Holland, reportedly told The New York Times that she first heard about John of God “from a friend and had seen Oprah Winfrey’s documentary.” A victim of previous sexual assault, Mous confided in John of God, believing him to a righteous and spiritual man – only to learn the hard way that he, too, is a sexual predator.

“I really hope I can help other women out of this shadow, because we do not need to feel ashamed,” Mous told the hosts of TV Globo, a Brazilian media network. “He has to feel ashamed, and all the people who protect him so he can continue to do what he does.”

But Mous’ horrific experience is just the tip of the iceberg. Thanks to Oprah’s promotion of John of God – Oprah also aggressively promoted Barack Obama as a type of “messiah,” by the way – he allegedly went on to commit sexual assault, rape, and worse against hundreds of other women and children, using his perceived status as a “man of God” to lure his victims into his clutches.

According to Brazilian prosecutors, more than 200 women have come forward to accuse John of God of sexual improprieties against them – including his own daughter, Dalva Teixeira, who says her father repeatedly abused and raped her between the ages of 10 and 14. He only stopped, she claims, after she became pregnant by one of his employees, which resulted in John of God beating her so badly that she miscarried.

Another woman, Sabrina Bittencourt – who, since the writing of our last article and this one, was reported to have “committed suicide while on the run and “living under protection” in Lebanon – told officials that John of God had been running a sex slave operation in which newborn babies were being sold for upwards of $51,000 each to clients in the United States, Europe, and Australia.

Bittencourt claimed that John of God offered poor girls between the ages of 14 and 18 the “opportunity” to go live on various mineral mines and farms he owned throughout the Brazilian states of Goias and Minas Gerais. After their arrival, these girls were turned into sex slaves, forced to get pregnant, and their babies sold off for cash “to the highest bidder.”

“In exchange for food, they were impregnated and their babies sold on the black market,” Bittencourt stated before her mysterious death. “Hundreds of girls were enslaved over years, living on farms in Goias, and served as wombs to get pregnant, for their babies to be sold. These girls were murdered after 10 years of giving birth. We have got a number of testimonies.”

It’s the type of horror story that may never have become a reality were it not for the ignorant promotion of this “monster,” as his daughter called him, by the naive and spiritually gullible Oprah Winfrey – who, in response to the unfolding of this case, could only offer “empathy” for the women “now coming forward and I hope justice is served.”

For more related news, be sure to check out Evil.news.