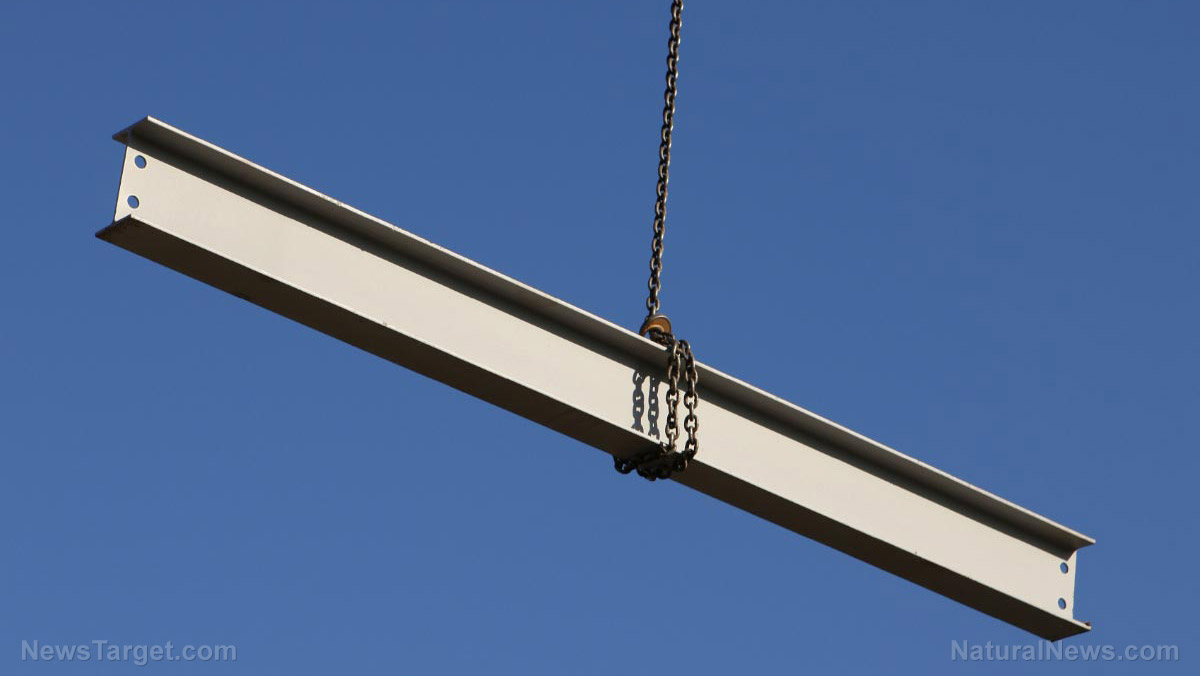 It turns out that steel possesses the magnetic equivalent of a “fingerprint” that changes from sample to sample. Even products drawn from the same batch of raw materials and made using the exact same techniques will display different and unique magnetic fingerprints. Researchers believe they could use this property to identify and authenticate the steel items.

Officials who enforce weapons treaties, for example, could scan individual artillery pieces for their magnetic signals. They could then tally the number of unique gun barrels they found and determine if the military in question is following the treaty.

On a more civilian note, quality assurance personnel could scan bolts, nuts, and other construction fasteners. They can quickly tell if the metal fastener is a counterfeit, which is a problem in the construction industry.

Mascarenas acted as the primary author of the study. His research received support from the U.S. Department of State through a scientific grant. (Related: Better recycling of car scraps could yield big money AND help reduce emissions.)

The Barkhausen effect and the unique noise made by magnetized material

Exposing a ferromagnetic material to a growing magnetic field will cause the magnetization of the former to increase. The reverse holds true, and shifting between magnetized and demagnetized states will cause physical strain and stress on the object.

The Barkhausen effect can be detected by coiling electric wire around the ferromagnetic material that is going to be magnetized. Whenever the magnetic field undergoes a sharp change, it will trigger spikes in the electric current passing through the wire.

The soft clicking noises produced by the effect are called Barkhausen noises. By analyzing the amount of noise produced by the magnetization cycle, researchers can identify flaws and changes in the analyzed material.

Barkhausen noise is used to evaluate nuclear reactors, liquid pipelines, and other materials that cannot be easily shut down, taken apart, or sampled for analysis. The less noise, the better the state of the material.

Mascarenas and his research team ran an experiment involving two different kinds of steel. In addition to the standard alloy, they also tested stronger steel that resists abrasion. The latter alloy is used for heavy-duty mining jobs.

The LANL researchers scanned these different steels over a set period of time and recorded the Barkhausen noise given off by the samples. Once they compared the electromagnetic signals of each metal, they were able to identify magnetic signatures that could only be found in that particular kind of steel.

They found that steel produced in a certain way displayed certain magnetic variations. For example, abrasion-resistant steel was very different from conventional steel due to its superior strength. These traits served as the magnetic fingerprints of a material.

Mascarenas said the results of their tests can be repeated with accuracy. He believed the technique could be used to identify construction parts as genuine, counterfeits, or lower-quality parts that used inferior steel. Further studies could target other kinds of steels or shrink the scanner down so that it can be carried by hand.