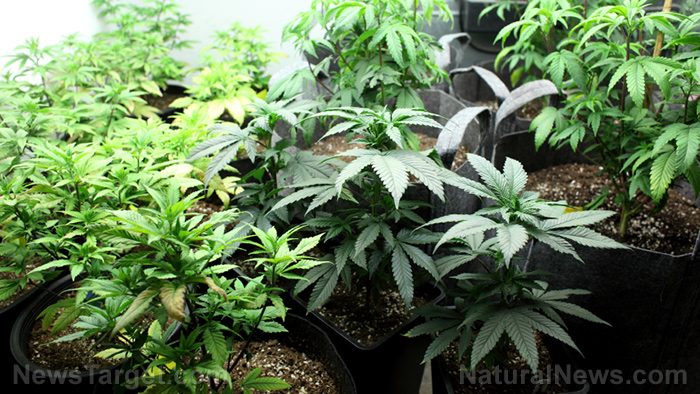 When the state of California started allowing the sale of recreational marijuana on January 1, 2017, customers lined up throughout the state to take advantage of the drug’s new availability. Licensed shops in cities like San Diego and Santa Cruz saw brisk sales as some of the state’s bigger cities were still waiting for state licenses to come through. While the general attitude among those buying weed on the first day of sales was positive, their enthusiasm could quickly turn into dismay as officials are warning that some legal marijuana crops have shown serious levels of contamination in tests.

The marijuana that people can now freely buy in California has been grown in the absence of regulatory controls, which are still being put in place, making them vulnerable to pesticides, mold and other contaminants.

The Chief Scientific Consultant of the marijuana testing firm Steep Hill Labs Inc., Donald Land, summed the situation up by saying “Buyer beware.” He should know; tests that he oversaw found that 93 percent of samples taken from 15 dispensaries throughout four counties in southern California contained pesticides.

Land is concerned that many people believe the products sold on store shelves are trustworthy because they’re regulated by the FDA and USDA, an assumption that he warns is false when it comes to cannabis. While tight regulations and requirements for testing will be phased in this year, sellers and growers alike have been given a grace period of six months during which they can sell their existing inventory that was grown under outdated and loose regulations for medical marijuana.

In contrast, any marijuana that was manufactured or harvested after the first of this year will be tested for contaminants considered to pose a high risk to the public as well as for its potency. Stricter limits will be in place by the beginning of next year.

Most of the marijuana for sale has not been tested

According to a spokesman for the Bureau of Cannabis Control, Alex Traverso, any marijuana that has not been tested must bear a label so people can choose whether or not they are willing to take a chance. Californians can expect to see a lot of these labels, as Land estimates that less than five percent of the state’s medical marijuana is currently tested.

Authorities appear to be taking the matter seriously. Entire crops must be destroyed if they are found to have unacceptable contaminant levels. Santa Cruz County Agricultural Commissioner Juan Hidalgo said that pesticides were a major concern and that he wants to know not only what is being applied to the plants but also whether or not workers are being protected on-site. Regulation will be a big job, however. According to CBN News, recreational pot licenses have been given to 100 shops so far; applications are still pending for more than 1,000 shops. Local and state governments are expecting to bring in $1 billion a year in tax revenue from the sales.

In addition to pesticides, there’s also the matter of the widespread use of toxic solvents like hexane being used to extract molecules like THC and CBD from raw cannabis plants. These make their way into the edible pot products that many people mistakenly believe are “natural.”

As Mike Adams, the Health Ranger, points out, smoking is not the best way to get cannabis into your body as it entails inhaling carcinogenic smoke. Those who are concerned about the contaminants in weed but want to benefit from the health effects of cannabis are far better off turning to CBD oils.