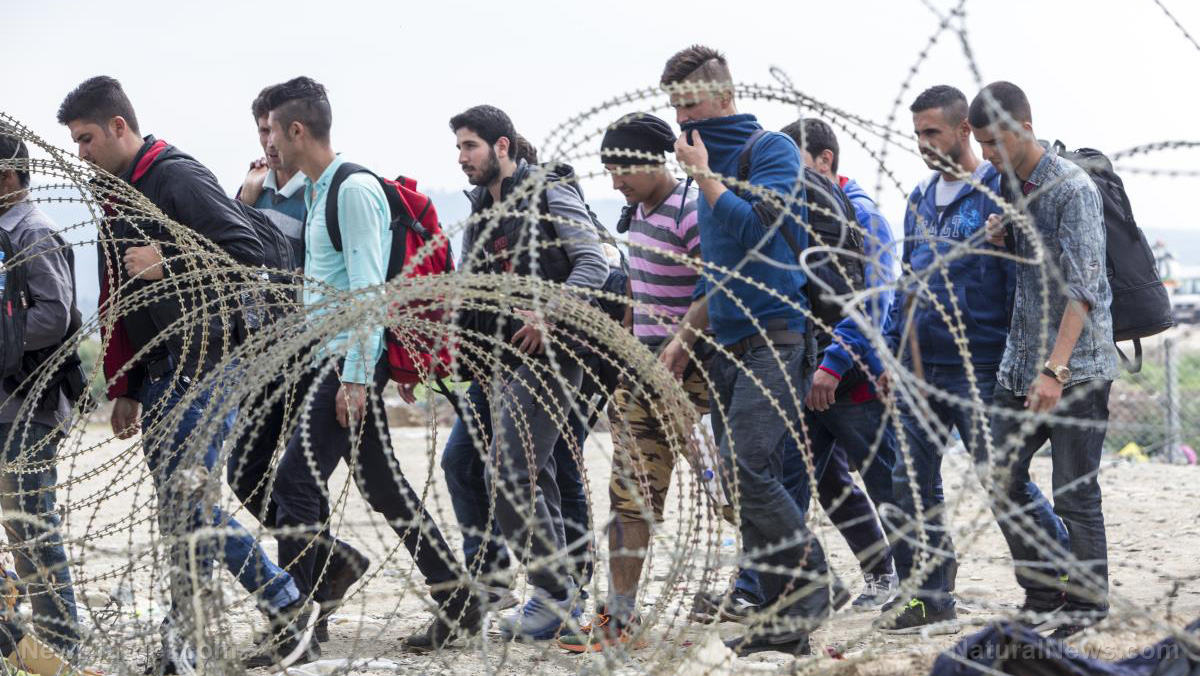 Reiterating its proud status as a sanctuary state for criminals, California is back in the news for harboring and protecting illegal aliens that otherwise would be lawfully detained and deported – as they should be – by Immigration and Customs Enforcement (ICE).

Reports indicate that over the past 27 months, California has refused to honor a whopping 5,600 ICE detainers – these being the holds that ICE agents file to local jails and police to request the turnover of illegal aliens for arrest and deportation.

About 250 of the ICE detainers that weren’t honored had been filed in both Napa and Sonoma Counties, two areas of California that already had so-called “sanctuary city” policies in place before California more recently issued its statewide sanctuary policy.

In speaking with Breitbart News Tonight during an exclusive interview that aired on SiriusXM’s “Patriot” channel, Immigration Reform Law Institute (IRLI) Executive Director, Dale Wilcox, explained why sanctuary policies like this put law-abiding Americans, both in California and throughout the rest of the country, at serious risk.

“They’re dangerous policies that cost Americans lives,” he stated. “What will it take for these anti-borders politicians to wake up and put the safety and security of their citizens, their legal residents, before the interests of criminal aliens?”

For more related news about illegal immigration, be sure to check out Corruption.news.

More criminal aliens than ever are getting away with literal MURDER in California, thanks to sanctuary policies

This is what happened with illegal alien Javier Hernandez-Morales, who had previously been deported three times when he tried to murder deputy Riley Jarecki during a traffic stop in Napa County. Because local officials there had refused to turn Hernandez-Morales in to ICE agents for deportation, he was roaming the streets free trying to kill police officers.

“Its own deputy almost got killed as a result of its refusal to honor ICE detainer requests,” says Wilcox.

“And this individual had been deported three times in the past … so they say there’s no need emergency or need for a wall, this criminal alien is just walking back into the country.”

There was also the shooting of Kathryn Steinle on a pier in San Francisco back in 2015, which was committed by illegal alien Garcia Zarate (formerly known as Juan Francisco Lopez Sanchez). Zarate was not only not deported for his crimes, but he was also declared “not guilty” in court, even though he openly admitted that he shot and killed Steinle.

“With the Democrats, it’s about potential, future voters,” says Wilcox about why Leftists love catering to illegal aliens in violation of federal law.

“They have an interest in bringing in new voters so that they can win elections. That’s what that’s all about. I mean, 10 years ago, Democrats weren’t out preaching sanctuary cities and open borders, that just wasn’t their party platform. They’ve swallowed this belief that if you want to stay in power, if you want to win future elections, more voters and diverse voters is the way to go.”

“Sanctuary cities are dangerous. They’re not humane, they’re not compassionate,” Wilcox added. “People are dying. It’s senseless and avoidable deaths. There’s no excuse for politicians to sell out their constituency for potential, future voters.”