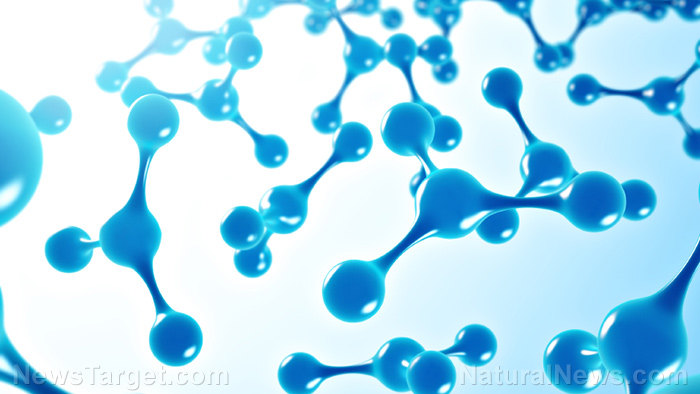 The seemingly unending desire for increasing amounts of space to store even more electronic data has led Swiss researchers to look for answers at the molecular level. They came up with a data storage network made up of molecules, each of which could store a bit of data.

The concept takes advantage of the ability of xenon molecules to automatically organize themselves into large structures. The resulting network is studded with nanometer-wide pores.

It was developed by researchers at the University of Basel, who published their findings in the science journal small. Its creators described it as a big leap for nanometer-scale data storage devices. By decreasing the size of the data storage element, one can store much more information in a storage device of the same physical size. Or you can make the device even smaller while ensuring it can hold just as much data as the older generation of storage devices. (Related: Future data storage: Magnetic swirls called skyrmions hold promise for condensing data.)

The phase transition method is by and large the primary means of storing electronic data in a medium. Just take a look at the obsolescent compact disk (CD), a slender sheet of circular metal sealed within tough, heat-resistant plastic.

When it is subjected to a strong laser beam, the metal transitions between phases very quickly. Simply put, it melted into a liquid phase before cooling down, which returned it to its solid phase. During this phase transition, the laser reshaped the metal of the CD to hold electronic data that can be read by a weaker laser.

The researchers found a way to get individual molecules and atoms to change their phase. By itself, that is nothing new, since there are a few prototype data storage devices out there that run on the same premise. However, the researchers added that they can make the process of producing miniature data storage devices much cheaper and easier. This is a big deal because the aforementioned prototypes cost an arm and a leg and a lot of work to construct.

Lead researcher Thomas Jung explained how they took advantage of the ability of certain materials to self-organize their atoms and molecules. They started by making a part-organic, part-metallic network similar to a net with nanometer-sized holes.

If the right molecule filled the hole, the molecules comprising the network would arrange themselves on their own. The network then became a regular supramolecule.

The latest iteration of the data storage device fits atoms of xenon gas into the holes. The atoms can be induced to change their physical state from solid to liquid and back via two means: Adjusting the temperature and applying brief jolts of electricity. By changing the temperature, all of the holes in the network would simultaneously undergo phase changes.

The stability of the clusters of xenon atoms determined the temperature at which they would transition between phases. This depended on the number of atoms present in each cluster.

Phase change can also be induced in a single pore that contains xenon. This precision change is accomplished with the help of a microscope sensor.

Xenon atoms themselves cannot be used in the creation of data storage devices. They need extremely cold temperatures to work. However, the experiment with xenon proved it is possible to create a data storage device using molecules or even atoms.