Uncensored and Independent Media News
Home
Health Freedom
Second Amendment
Prepping
Survival
Censorship
Subscribe
SHOP
Popular Articles
An hour is all it takes: Drinking a can of soda ‘overloads’ the body with sugar and damages it in just 60 minutes
03/07/2019 / By Isabelle Z. / Comments
Bypass censorship by sharing this link: 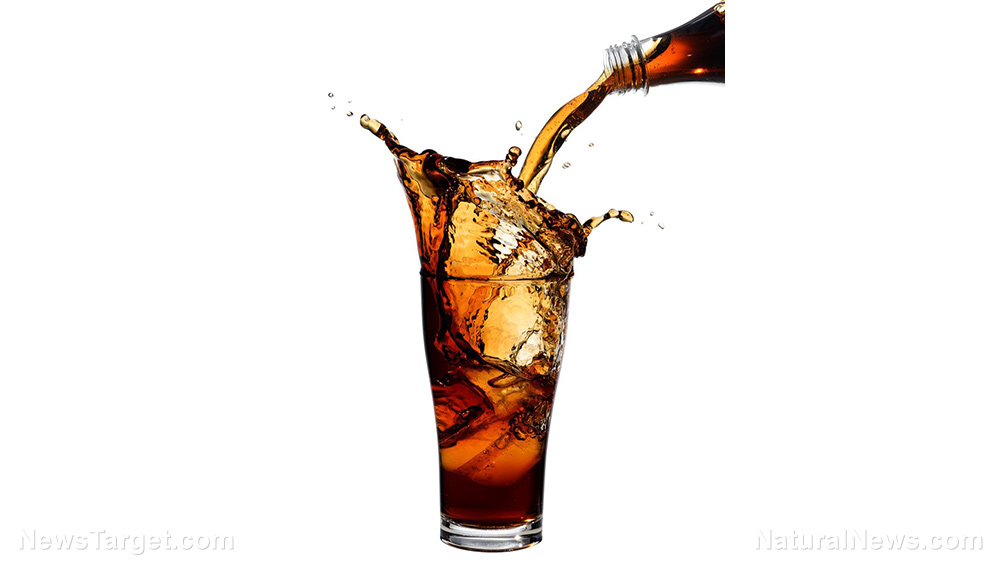 You know that soda is bad for you, but how good are you at resisting it? You might not drink it every day, but maybe you allow yourself to indulge occasionally – perhaps when you’re having a burger. How bad can it be if you’re only doing it once in a while?

The answer may surprise you. A British pharmacist shared a scary timeline of what a single 330 ml can of Coca-Cola will do to your body in just the first hour after drinking it, and it’s not pretty.

Within the first ten minutes of drinking the beverage, your body is essentially bombarded by an incredible amount of sugar – 10 teaspoons, to be exact. It would almost be enough to make you vomit, but the presence of phosphoric acid in Coke helps you keep all that sugar down.

With all that sugar, it should come as little surprise that your blood sugar will spike within the first 20 minutes. This will spur your liver into action, which will then turn all of the available sugar into fat. Are you sure that Coke was such a good idea?

Around the 40-minute mark, you’ll find your blood pressure rising and your pupils dilating. Your stressed liver will respond by releasing even more sugar into your bloodstream.

Roughly five minutes after the previous events take place, your brain will hike its dopamine production. This is what stimulates those pleasure centers in your brain that make drinking the beverage so rewarding – at least on the mental level. In fact, this is similar to the process your body and mind would experience had you taken a hit of heroin.

The assault on your metabolism continues as the phosphoric acid in the drink has now bound to magnesium, zinc and calcium in your lower intestine. The high sugar doses also cause you to excrete calcium in your urine. You’ll experience a sugar crash and all the sluggishness and irritability that it brings with it. Any hydration you might think the soda gave you will have instead been flushed away, carrying the nutrients your body needs along with it.

Later, you can expect your body to evacuate the bonded zinc, magnesium and calcium that should have gone to your bones instead, not to mention electrolytes. Then there are the cumulative health effects; whether you indulge daily or just occasionally, processing all that sugar can wreak havoc on your metabolism and lead to problems like diabetes – not to mention what it’s doing to your teeth!

Sadly, half of Americans drink sugary soda on a daily basis, even though many of them are aware that it’s bad for them. With the World Health Organization setting the maximum acceptable amount of added sugar consumption per day at 6 teaspoons, drinking just one can of Coke means you’ve nearly doubled the amount you should have had – and you probably consumed sugar from other sources on top of it throughout your day.

The next time having a can of Coke sounds like a good idea, ask yourself if the limited rewards you get in terms of taste are worth putting your body through all of that trauma. Don’t try to skirt the issue by choosing artificially sweetened soda; it’s just as bad for you and carries a lot of negative side effects as well. Learn to embrace water, infusing it with natural flavors like citrus or mint if you need a change of pace. Your body will thank you for it!