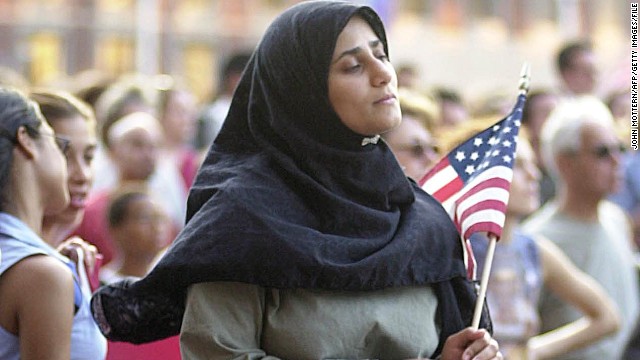 It claims to be a networking, educational, and empowerment organization that supports Muslims on college and university campuses, encouraging these “students of today to be citizens of tomorrow’s community.” But the so-called Muslim Students’ Association (MSA), which now has chapters in every state in America, as well as all throughout Canada, is actually proving itself to be a terrorism recruitment front that actively radicalizes young Muslims and encourages them to join ISIS.

A report published by Patrick Poole of PJ Media reveals how the MSA has continually been the subject of law enforcement and media scrutiny ever since the 9/11 terrorist attacks. Despite the fact that the political correctness (PC) police have tried to divert all attention away from this organization, there’s no denying, based on mounting evidence, that MSA chapters function as “radicalization incubators” for creating the next generation of terrorists.

In one ongoing court proceeding, for instance, several former MSA leaders are being accused of using their campus chapters to recruit new “fighters” for ISIS. In another case, a MSA chapter president was indicted for sending money to al-Qaeda in Syria. And in yet another case, not one but two past MSA chapter presidents were actually convicted of actively supporting terrorism, including the radical terrorist group Hamas – and on and on the list goes.

It’s a major problem that Poole wrote about nine years ago, in fact, warning that the MSA is operated as an arm of the Saudi-funded Muslim World League, which is controlled by the Muslim Brotherhood. He further warned that the organization is not peaceful, nor does it have benevolent intent.

“Since its inception, the MSA has chronically been a vehicle of extremism, hatred, and incitement to violence,” Poole wrote at the time, linking to work by The Investigative Project on Terrorism highlighting the terrorist leanings of this ubiquitous campus organization.

“Its chapters host a wide variety of extremist speakers and have repeatedly raised funds for Islamic groups that have later been closed by the U.S. government for funding terrorism. For this reason, the MSA was identified in 2004 as one of 27 Islamic charities and groups in the U.S. under investigation by the Senate Finance Committee for terrorist support.”

In the roughly nine years since that article was published, highlighting a number of cases in which MSA-affiliated individuals, as well as MSA leaders themselves, were charged with committing acts of Islamic terrorism, many more cases have emerged to support the notion that MSA is a terrorist recruitment front operating in plain sight all across North America – a more complete list of which is available in Poole’s latest article.

Keep in mind that the official MSA website covering all MSA chapters across the United States and Canada actually had a donation link on its website to a charity page operated by an aide to Osama bin Laden. And just a few weeks prior to the 9/11 terrorist attacks the MSA chapter at the University of Southern California in Los Angeles actually hosted a speaking event featuring Taliban spokesman and senior advisor Syed Rahmatullah Hashimi.

“Given the escalation of radicalization and new cases of MSA leaders being convicted on terror-related charges since my initial article in August 2010, it would seem prudent for the Justice Department to again maintain awareness of what is occurring in MSA groups that have an established record of promoting extremism,” Poole concludes.

“As the NYPD noted in its report, MSAs have been shown to be the perfect ‘radicalization incubators.'”

Be sure to read Poole’s full analysis of the MSA at this link.