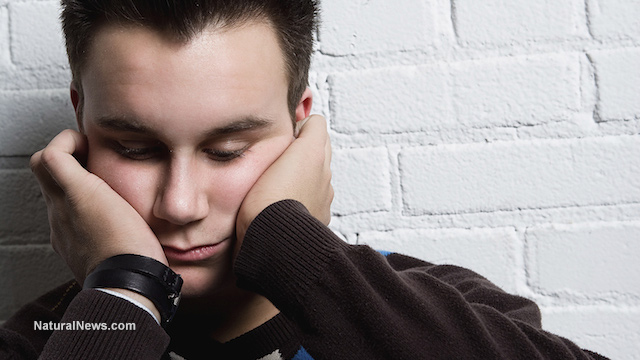 Teenagers are often highly susceptible to chronic sleep deprivation. Their busy schedules at school and sometimes at home can often lead to many nights of staying up late, while still needing to wake up early the next morning. This is a huge problem for a number of reasons, but the biggest one of all might be that it leads to an increased risk of addiction and depression, according to a new study.

Researchers from the University of Pittsburgh conducted a study that involved 35 teenage participants. What they found was that the ones who were sleep deprived showed worse judgment, responded less to rewards and incentives, and became more prone to risky behavior. Lack of sleep was also found the be a huge factor for mood changes, which could eventually lead to depression.

The study was conducted by University of Pittsburgh professors Peter Franzen and Erika Forbes, who worked together to invite the 35 participants, aged 11.5 to 15 years old. The participants were taken to a sleep lab for two nights straight, where half of them slept for 10 hours, while the other half only slept for four hours. One week later, all of them came back to the lab for another two nights, but they were given opposite sleep schedules from their first visits.

During each visit, the participants in the study played a game that gave them a reward of either $1 or $10, while their brains were scanned. At the end of the two-day period, they all answered questions that were meant to measure their so-called emotional functions and determined if they had any symptoms of depression.

What the researchers found was that sleep deprivation directly affected the putamen, a round structure located at the base of the forebrain, which is the area of the brain that plays a role in setting and achieving goals as well as reward-based learning. To be more specific, in sleep deprived participants, the putamen was less responsive whey they played a game, even with a large reward. Meanwhile, those who were not sleep deprived showed a consistency in putamen responsiveness between low- and high-reward game conditions.

The researchers also found links between sleep deprivation and a person’s mood. Participants in their study who lacked enough sleep ended up reporting more symptoms of depression after the study was finished.

As the researchers concluded their study, they found that their results were consistent with findings from a large literature of studies on depression and reward circuitry. That is, depression is characterized by lower activity levels in the brain’s reward system, which directly affects individual performance in everyday tasks.

The results of their study suggest that a tween or teenager that is suffering from sleep deprivation may encounter problems with how their brain looks at rewards, which could result in mood disruption and put them at risk of depression. Worse, it could also lead to risk-taking behavior and addiction.

As other studies have shown, getting a good night’s sleep is highly important for one’s overall health. Some of the benefits of proper sleep include enhanced immunity, weight gain prevention, increased prevention of diabetes and heart disease, and improved mental health. These are incredibly important to develop, especially during one’s teenage years, where what happens may be carried all the way into one’s adult years.