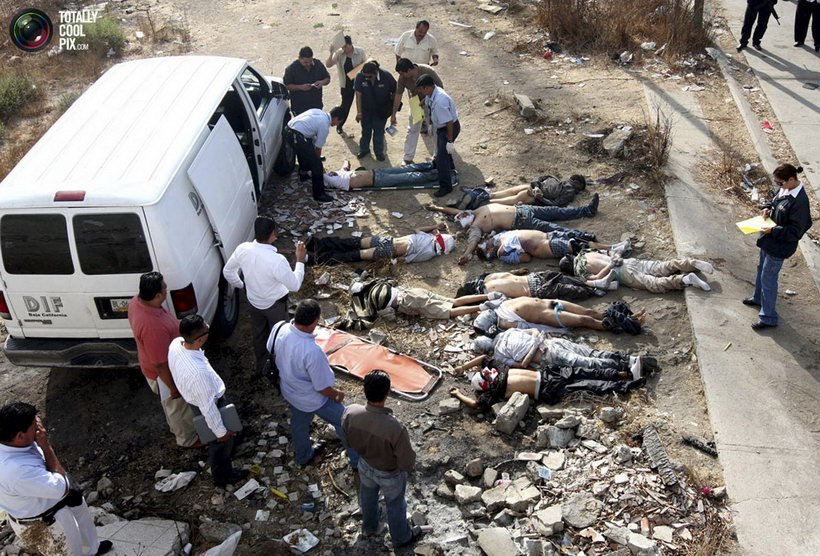 In recent days two GOP lawmakers introduced legislation that would require the State Department to name certain Mexico-based cartels as terrorist organizations after Secretary of State Mike Pompeo asked for the designation.

“Cartels are the problem and it is time we started acting like it,” said Rep. Chip Roy of Texas in a written statement. “My colleague Mark Green (R-Tenn.) and I are asking [Pompeo] to conduct a review in order to designate these specific Mexican drug cartels Foreign Terrorist Organizations (FTOs).”

Specifically, the lawmakers are calling for the following cartels to be listed as terrorist organizations, according to Breitbart News:

— The Reynosa/Los Metros faction of the Gulf Cartel

Roy and Green said they chose those three “because of their particularly violent actions and intentional strategies to affect the political system.

“These cartels push for an anarchic form of government which allows them to skirt laws and push their terrorist model without any legal ramifications,” they said.

Noted Green: “Americans know that it is time to get tough and secure our southern border through physical barriers and better enforcement.”

In fact, the White House is considering designating the cartels as terrorist groups, President Trump told Breitbart in an exclusive interview.

“We are, we are,” he responded when asked about it. “We’re thinking about doing it very seriously. In fact, we’ve been thinking about it for a long time.

POTUS said he personally likes Mexico’s new president, Andrés Manuel López Obrador, but that his country has demonstrated that the cartels and the violence they bring are out of control.

One question being bandied about is how will a terrorist designation impact sanctuary jurisdictions in the U.S. who receive and harbor the illegal aliens smuggled in by the cartels.

Some have suggested that would amount to aiding and abetting terrorist organizations, which of course is a felonious activity.

The two Republicans, in a letter to Pompeo obtained by Breitbart, alluded to the issue in a round-about way:

Numerous drug cartels employ terrorist tactics that clearly fit this definition, such as the Reynosa/Los Metros faction of the Gulf Cartel, the Cartel Del Noreste faction of Los Zetas, the Jalisco New Generation Cartel offshoot of the Sinaloa Cartel. These groups use terror to intimidate and to advance their agenda. They threaten the stability of governments across the globe.

While the bigger cash cow for the cartels is drug smuggling, some believe a case could be made that by harboring smuggled illegal aliens, some of them could be tied to the drug trade as well, making the case that Left-wing cities that have adopted sanctuary policies could indeed be providing aid and comfort to a terrorist enemy. (Related: Confirmed: California is protecting over 5,000 illegal alien criminals by refusing to hand them over to federal authorities.)

In October 2017, an article published on the website of the Association of Mature American Citizens, a conservative alternative to AARP, asked, “Why are Sanctuary Cities Helping Mexican Heroin Cartels?”

Specifically, the article posed this scenario:

[I]t may be time for the Justice Department to start looking into the possibility that sanctuary jurisdictions are not harboring illegal aliens simply because they are liberal do-gooders who believe in open borders and non-enforcement of immigration law. Maybe they are being bribed by the cartels. Or worse, infiltrated.

The president isn’t going to get any real help from Congress or the federal courts, at least right away. He needs to get creative in dealing with the immigration, border security, and sanctuary city crises.

Read more about the drug-and-human smuggling cartels and their terrorist ways at InvasionUSA.news and Terrorism.news.