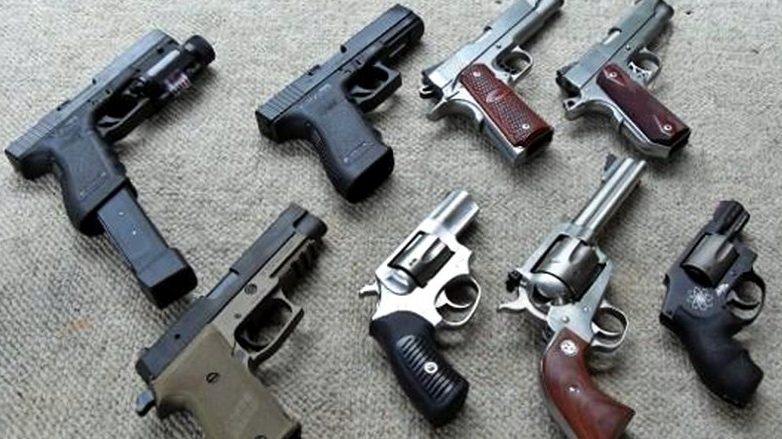 There are people who believe in the Second Amendment but don’t like guns. Yes, we do exist. While the reasons why we shy away from carrying a gun vary, all of us recognize the importance of having some type of survival weapon when SHTF, or as a means to protect ourselves from criminals.

Experienced and seasoned shooters should step away from their pulpit and assess the difficulties of this situation. The person being described extends not only to the author of this article but to someone you may know – be it a friend, relative, or acquaintance. If you’re known as the “gun guy” in your circle, you’ve probably been asked for gun recommendations for people who just don’t want to carry a gun.

To help with this conundrum, we’ll be offering our top four selections of guns (in no particular order) that can be used by people who don’t like firearms. (h/t to ModernSurvivalOnline.com)

The Ruger LCR (light compact revolver) was introduced at the 2009 SHOT Show in Orlando, FL and has since become a popular recommendation for people who like snub-nosed guns. The .22 LR is lighter than most firearms and has minimal recoil. Those who struggle with their hands when stressed will find the loading, unloading, and shooting process far more manageable than a larger revolver.

The .22 LR is not known for its fire power but it can definitely maim a person during a survival situation. This gun is recommended for those who need a concealable, easy-to-carry pistol. We also recommend this for people who are nervous about carrying a gun.

This classic is great for people who have no experience with guns. The .38 special is easy to learn and operate compared to semi-auto pistols, especially for new shooters who do not want to put in the time to master their weapon.

The revolver is also more forgiving of neglect, when stuffed into a drawer or forgotten, for example. This isn’t to say that you should put the gun in a closet, but it can definitely withstand minimal neglect.

The .38 also has a long, heavy trigger which assures a certain degree of inherent safety.

The M&P series of pistols are recognized for their excellent shooting and handling characteristics. The new M&P380 EZ has significant ease-of-use enhancements, making them an ideal choice for shooters with a physical handicap or for those with no gun-shooting experience.

This was discontinued entirely in 2018, but there are still plenty of P250s out there if you take the time and effort to look for one. The gun itself is not a crowd favorite among gun enthusiasts, but is an option for those with no experience. This is because the P250 is very easy to load and shoots pretty well — albeit packing low fire power. It’s also one of the “safest” guns out there because of its long, but smooth, trigger pull.

Experienced shooters know that more than a manual safety, a “safer” trigger has more to do with the length of travel of the trigger than the weight of its pull. To put it simply: Having a longer travel means more feedback for, say, a misplaced finger, giving the shooter enough time to course-correct before getting to the bang. (Related: The best firearms self-defense videos now available on Brighteon.com.)

Having, and using, a gun is a big responsibility. If, for whatever reason, you have hesitations about getting one, there are still viable choices out there for you. The list we presented is by no means exhaustive nor conclusive. If you are a newbie, use what was presented to you in this article, head into your local gun shop, and look for a gun that works best for you.