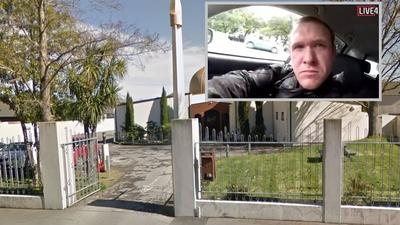 As usual, the lying mainstream media is busy plastering up fake headlines all over the place about the latest mass shooting incident that took place in New Zealand, describing the alleged shooter as a “Trump-supporting white supremacist” who hates Muslims for being brown. But the guy’s own 1,500-page manifesto, which Big Tech is actively trying to scrub from the web, by the way, tells a much different story.

Far from being a rally-attending apologist for President Donald Trump like the fake media is now claiming, 28-year-old Brenton Tarrant, the man whom Australian media outlets have named as the shooter, is a self-described “eco-fascist by nature” – meaning he’s a Leftist that’s more aligned with Democrats than Republicans.

Tarrant clearly wrote in his rambling manifesto, in response to a question he apparently posed to himself, that he certainly does not support President Trump. “As a policy maker and leader? Dear god no,” were Tarrant’s exact words, unequivocally indicating that, contrary to fake news claims, he likely wouldn’t be caught dead wearing a MAGA (Make America Great Again) hat.

Tarrant’s diary goes on to reveal that he’s anything but a conservative, and is actually more aligned with radical domestic terrorist groups like Antifa. In response to another question he posed to himself about where he aligns both politically and socially, Tarrant had this to say, in no uncertain terms:

“The nation with the closest political and social values to my own is the People’s Republic of China.”

In other words, Tarrant is a full-fledged communist, just like Democrat Darling and failed 2016 presidential candidate Bernie Sanders, who actually grew up in communist China and has had nothing but positive things to say for the country ever since.

As Sanders once admitted in infamy, he’s even proud of communist China’s breadlines, which he described to the media as “good.”

For more news about how the fake news media routinely spins tragedies to paint conservatives in a negative light, be sure to check out Propaganda.news and Faked.news.

Brenton Tarrant says his intent was to spark civil war in America, claims Candace Owens “influenced me above all”

As to why Tarrant decided to carry out this particular attack, his manifesto reveals that one of his primary aims was to “create conflict” between opposing ideologies in the United States as it concerns legal gun ownership. His apparent hope was that this ongoing battle over the Second Amendment would result in another civil war, which he believes “will eventually balkanize the U.S. along political, cultural and, most importantly, racial lines.”

Tarrant also bizarrely credited conservative pundit Candace Owens for being the person that “radicalized” him and “influenced me above all,” further describing Owens as someone whose insights and views “helped push me further and further into the belief of violence over meekness.”

How come the fake news never clearly identifies Muslims whenever they carry out terror attacks?

Keep in mind that Candace Owens is a black woman, which suggests that Tarrant isn’t doing a very good job at being the “white supremacist” that the fake news media is claiming he is. Further, he describes himself as transitioning from communism, to anarchism, to libertarianism, to eco-fascist, which further suggests that he’s not quite stable in the noggin.

But almost none of this is being reported in the mainstream news, as fake headline after fake headline pushes the narrative that Tarrant is no different than you’re average Trump supporter. Even worse are the escalating Leftist dog whistles against white people, conservatism, patriotism, and gun rights – as if some deranged New Zealander has anything to do with these things here in the United States.

Had this incident been inverted, with a deranged Muslim storming into a Christian church and murdering several dozen innocent people, you can be sure that the mainstream media would be working overtime to conceal the shooter’s ethnic and religious identity. And anyone who actually told the truth in this hypothetical scenario would have been immediately labeled “Islamophobic.”

But because the shooter in this case has lighter skin and doesn’t claim that Allah is God, fake news outlets are having a heyday branding him with all sorts of anti-white, anti-Trump stereotypes in an attempt to foment more Leftist rage against Caucasians, while simultaneously fueling anti-Second Amendment sentiments.

“It’s like clockwork,” wrote one commenter at The Gateway Pundit about the fake news media’s tired and obvious tactic of exploiting tragedies like this to promote their anti-American agendas.

“The left immediately exploits tragedy and horror as a tool to bludgeon their opposition and critics and promote their agenda. The dead and dying have not even been moved from the scene before they start in with their hateful ideological harangue. They don’t mourn the victims, they cheer the political potential of their demise. That isn’t just sick, it’s evil.”

Tarrant’s full manifesto is available for online viewing at this link.