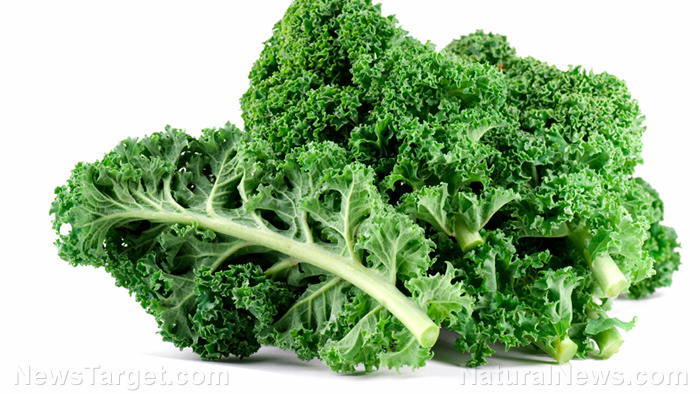 Despite the false propaganda of pesticide and herbicide producers who claim agricultural chemicals disappear after being sprayed on crops, a new research project from the Environmental Working Group has found that 70% of U.S. fresh produce is contaminated with pesticide chemicals.

All pesticide chemicals are toxic to life. Otherwise, they wouldn’t kill the living organisms that threaten crops. There is no such thing as a “non-toxic” synthetic pesticide.

The EWG’s research — released as the 2019 Shopper’s Guide to Pesticides in Produce — found that 92% of grocery store kale contains two or more pesticides. From the EWG’s announcement:

“We were surprised kale had so many pesticides on it, but the test results were unequivocal,” said EWG Toxicologist Alexis Temkin, Ph.D. “Fruits and vegetables are an important part of everyone’s diet, and when it comes to some conventionally grown produce items, such as kale, choosing organic may be a better option.”

Notably, the EWG’s report relied on USDA data which may be skewed in favor of pesticide producers, meaning the real severity of the pesticide problem across U.S. produce may be far worse than what is being reported. Here at Natural News, we have our own in-house mass spec laboratory for testing foods for pesticides and herbicides (see below for details).

Even if you take the USDA data as accurate, it means Americans are eating toxic, cancer-causing poisons at nearly every meal while food producers are profiting from the sale of toxic products that, much like smoking cigarettes, causes cancer and death.

Nearly two-thirds of U.S. kale found contaminated with a toxic pesticide that’s banned in the EU

Additional tests found that about 60% of U.S. kale tested positive for DCPA (Dacthal), a cancer-causing chemical that has been banned in the EU for the last decade. Strawberries and spinach were also found to be heavily saturated with pesticide chemicals, while the research found that pineapples and avocados had the lowest concentrations of pesticides. (That’s because they naturally have thick skins and are difficult for pests to eat.)

Some kale samples were found to contain 18 different pesticides. As reported by The Guardian, “90% of Americans have detectable pesticide levels in their urine and blood.”

The corrupt EPA has also sold out to the pesticide industry and is now pro-pesticides across the board. As The Guardian explains, the EPA is currently working to protect a toxic chemical that causes birth defects:

The Environmental Protection Agency sets rules for how pesticides are used, but those rules do not necessarily prevent cumulative exposure in a person’s diet. The agency is fighting a court order to ban chlorpyrifos, a pesticide that is associated with development disabilities in children.

As the EWG explains:

USDA’s tests found a total of 225 different pesticides and pesticide breakdown products on popular fruits and vegetables Americans eat every day. Before testing, all produce was thoroughly washed and peeled, just as consumers would prepare food at home, showing that simple washing does not remove all pesticides.

Many consumers mistakenly believe that washing or peeling fruits and vegetables can remove the pesticide chemicals. This is a myth. In reality, pesticides are grown into the fresh produce and are found in every living cell of the food. That’s why, at our laboratory where we test foods for pesticides and herbicides, we don’t have to use the peeling of the food sample. We simply grind up the entire food item and extract pesticides from all the cells at the same time.

The Health Ranger Store tests every in-house production lot for glyphosate, heavy metals and a growing list of agricultural chemicals

The Health Ranger Store is the only online retailer in the world with an in-house laboratory where we conduct lot-by-lot testing of both raw materials and finished in-house products for heavy metals, glyphosate and other possible contaminants. Using multiple mass spec instruments (ICP-MS, LC-MS, LC-MS-MS, LC-MS-TOF), we conduct exhaustive analytical testing of heavy metals, microbiology, glyphosate and an increasing number of agricultural chemical pesticides.

We are currently working on adding atrazine tests to our protocol, with hundreds more pesticides / herbicides to soon follow. Our laboratory is ISO accredited and recognized globally as a leader in analytical food science. See my published science paper detailing our chromatography quantitation of cannabinoids at this link.

This is why the Health Ranger Store is widely known as the most trusted source for clean foods, superfoods, storable foods and nutritional supplements. We reject about 80% of the raw materials we test because they don’t meet our stringent standards for cleanliness and purity. We reject nearly all materials from China, and we do not allow the use of GMOs or chemical fragrance chemicals in our products. (Almost all the popular vitamins, minerals and nutritional supplements sold in America today are made entirely from China-sourced ingredients. We reject China for nearly everything, because the country is heavily polluted and produces contaminated products.)

As the world’s food becomes increasingly toxic, more people are turning to the Health Ranger Store to find clean food.

In this video, I provide an instrument tour of the triple quad mass spec instrument we use to test for glyphosate: