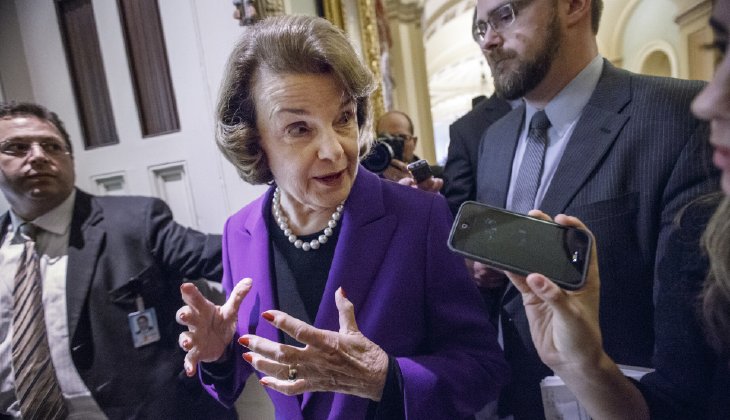 Democrats have become predictable in their efforts to capitalize politically off the tragedy of others, so it didn’t surprise us when a few of them came out in support of new gun bans in America following the horrific terrorist attacks on two mosques in New Zealand.

Following that horrific attack and without batting an eye, the Kiwi government, led by Leftist Prime Minister Jacinda Ardern (who adorned herself in a hijab when visiting with Muslims following the attack), moved to immediately ban semi-automatic rifles of the kind used by shooter Brenton Tarrant, 28. There was no conversation with New Zealand citizens or the country’s other semi-automatic gun owners, none of whom were guilty of shooting anyone that day or any other day. There was no effort to compromise. There was no outreach to the country’s gun community. There was just this decree: ‘We will ban these guns!’ And poof, it was done.

That’s just fine and dandy with America’s Democrats including perennial semi-auto gun banner Sen. Dianne Feinstein of California. Never one to miss an opportunity to grab more guns, Feinstein declared on Twitter, “In country after country, massacres are followed by sweeping changes to gun laws, as logic would dictate. The United States needs to follow these examples and take action to protect Americans from this deadly public health scourge.”

In addition, as Breitbart News’ gun issues correspondent Awr Hawkins reported, Feinstein attached a statement to her tweet which read, in part:

Here at home in America, since the 1999 shooting at Columbine High School, we’ve suffered through at least 227 school shootings that killed 143 and left 290 wounded. And those are just shootings at schools. We’ve seen massacres at offices, churches, theaters, concerts, malls — all the places that Americans should feel safe, not threatened.

As Hawkins pointed out, of course, those shootings all occurred in “gun-free zones” where the killers knew they could fire on their victims without being worried that anyone was going to shoot back, at least until police arrived.

Democratic Socialist Rep. Alexandria Ocasio-Cortez of New York, who is learning the Democrat tactic of never allowing a good tragedy to go to waste, echoed Feinstein’s call. She retweeted a story complaining about teachers training to deal with school shooting to call for bans on bump stocks, “semiautos, & high cap mags designed to kill people.”

You know, instead of training children, teachers, houses of faith, & concertgoers to prep for being shot, we could just:

Sen. Bernie Sanders, the “Independent” who keeps running for the Democratic presidential nomination, also would like to see a New Zealand-style ban and, presumably, one that is brought about in the same manner — by decree.

“This is what real action to stop gun violence looks like. We must follow New Zealand’s lead, take on the NRA and ban the sale and distribution of assault weapons in the United States,” he tweeted.

This is what real action to stop gun violence looks like. We must follow New Zealand's lead, take on the NRA and ban the sale and distribution of assault weapons in the United States. https://t.co/lSAisDG9Ur

In reality, this isn’t what “action” looks like, it’s what tyranny looks like. Each of these Democrats, as well as Bernie the pretender Democrat, would — if they could — do exactly what PM Ardern and her Cabinet did: Enact gun control by decree, and in doing so, punish tens of millions of Americans while turning them into criminals overnight. (Related: How the media distorts the New Zealand shooting to protect radical Muslim jihadis while demonizing white people.)

Besides, let’s look at the reality of what happened in New Zealand. Tarrant engaged in an act of terrorism; the objective of a terrorist is to force political change or destroy freedoms. It’s unclear whether Tarrant had that as a motive for his attack, but it doesn’t matter: His act of terrorism had the same effect of getting the government to take away some of his fellow citizens’ freedom.

If there’s any lesson for Democrats to draw from New Zealand, however, it’s this: Gun bans won’t be tolerated in America because our founding and our Constitution guarantee our right to keep and bear arms — and it shall not be “infringed.”

Read more about how Democrat-imposed gun confiscations would cause a civil war in America at CivilWar.news.