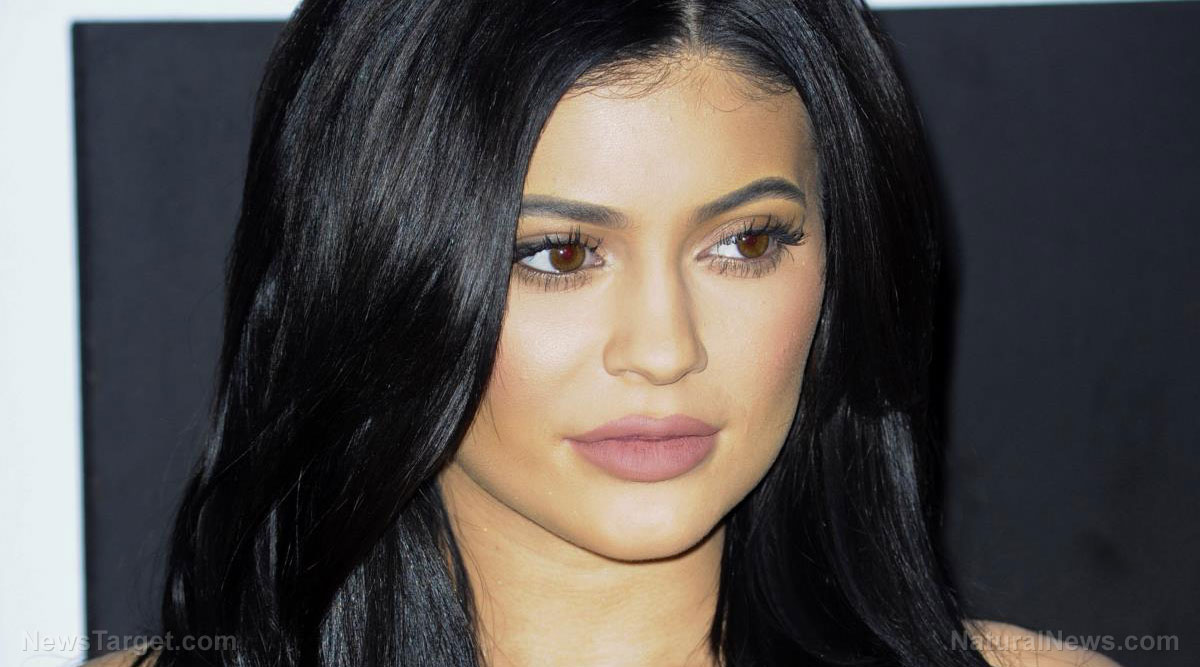 She’s being touted as the world’s youngest “self-made” billionaire, thanks to the wild success of her Kylie Cosmetics makeup products. But Kylie Jenner is hardly the patron saint of millennial entrepreneurship that the mainstream media is making her out to be.

Truth be told, Jenner’s makeup products are utter trash. Not only are they grossly overpriced, but they’re loaded with all sorts of toxic chemicals that are harming, the people that use them, according to many critics.

Writing for Babson College‘s “Her Campus” web blog, a young woman by the name of Elizabeth Castellano published an article 2017 explaining how she believes a supposedly “luxurious” and “high-quality” Kylie Cosmetics product known as “Kylie Lip Kits” nearly caused her to die.

Believing that the Kylie Lip Kits’ $29-a-pop price tag meant that the product was a cut above the rest, Castellano gave it a shot, only to discover that she had inadvertently committed an act of chemical violence against her own body, as she explains.

“I had to be hospitalized because of the subpar ingredients in the Kylie Jenner lip kits,” Castellano wrote. “It started out with a migraine, then a fever, followed by nausea, all turned into overall weakness. At first I did not think anything of it, until I went to my doctor, got a blood test, and learned that my white blood cell count was terrifyingly low.”

The Kylie Lip Kit weakened Castellano’s body, she says, to the point that a mere cold, had she contracted one during this period of time, could have destroyed her immune system and left her for dead. Thankfully, Castellano figured out the cause of her near-death symptoms, quit the Kylie Lip Kit, and eventually recovered.

“With research, and long hours determined to figure out what the cause was, I discovered that the ingredients in the Kylie Jenner lip kits, specifically Orange 5, was the culprit of my severe health problems,” Castellano explained, revealing how this petroleum-based chemical has a “moderate overall hazard rate,” and is thus highly restricted as far as its use.

“The FDA banned this ingredient and found it unsafe for use in cosmetics. Ok, Kylie Jenner. I guess being a Kardashian in today’s world constitutes the right for her to use banned ingredients and sell these harmful cosmetics for a high price,” Castellano added.

None of this is all that surprising, considering Kylie Cosmetics in general is cheap, chemical-laden garbage that’s manufactured for pennies on the dollar – resulting in billions of dollars in profit for Kylie Jenner and her business partners.

A quick look at the Environmental Working Group’s (EWG) Skin Deep Cosmetics Database shows that Kylie Cosmetics products fall into the “high hazard” category – meaning young women might be seriously risking their health every time they choose to apply Kylie Cosmetics makeup products to their faces and bodies.

The ingredients used in Kylie Cosmetics products are so inferior, it turns out, that Kylie Jenner has actually been called the “scam artist of the century” for shamefully profiteering from them under the guise that they’re somehow “superior” to other makeup products – simply because her name is slapped across them.

“… frayed unused lip wands, half-empty tubes, broken (and sometimes missing) powder blocks in blush compacts, and low-grade packaging materials are just some of the actual issues customers around the world have reported about Kylie Cosmetics products,” wrote Eul Basa for Narcity.com, highlighting a litany of user complaints about the embarrassingly inferior quality of Kylie Cosmetics products.

The reality of the situation is that many people are purchasing this high questionable makeup simply because a celebrity whom they idolize claims to have created it. It doesn’t seem to matter to some people that they might experience less-than-ideal health outcomes from using such products, just so long as they get to look and “feel” like one of the Kardashians.

And when it comes to cosmetics in general, some companies that produce them are allowed to get away with murder – literally – due to the fact that the U.S. Food and Drug Administration (FDA) currently has no jurisdiction over cosmetics safety testing, meaning it’s basically the Wild West out there.

“The agency does not review or approve the vast majority of products or ingredients before they go on the market,” the EWG explains on its website.

Be sure to peruse the “Myths on cosmetics safety” section of the EWG website to learn more about the dangers associated with conventional cosmetics products.