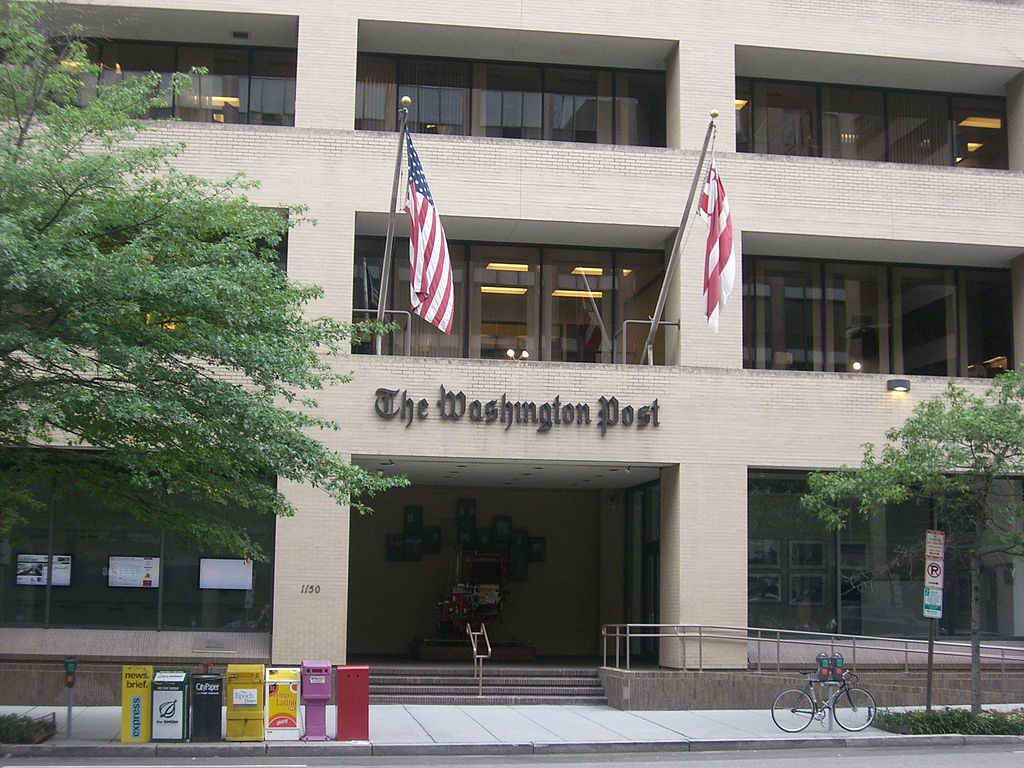 The Russia collusion hoax that clouded the first two years of the Trump Presidency was breathed into existence by an antagonistic New York Times and Washington Post. Because these propaganda rags presumed guilt on the President, instilled feckless suspicion, and contrived stories of corruption, journalism in America has lost its credence. The NYT and the WaPo both received numerous journalism awards for their “historic” reporting about the Russian collusion hoax. Now that the costly investigation is over and Special Counsel Robert Mueller has confirmed that there was no collusion, all the fake news reporting that happened along the way echoes now of dishonesty, obnoxious political bias, and a witch hunt that failed.

Because the NYT and WaPo won a Pulitzer Prize for their reporting on the issue, “journalism awards” have become a complete joke. Instead, these “journalism awards” should be called “fake news awards.” Instead of honoring real journalism, the Pulitzer has put a spotlight on two of the most phony propaganda rags in today’s world of information hysteria.

The NYT and the WaPo were once highly credible, dedicated to journalistic integrity. Once upon a time, reporters held those in power accountable with real evidence, not hysteria. Once upon a time, these publications exercised critical thinking with eloquence and resolve. Not today, for they both deserve to be mocked for continuously feeding the public a bunch of lies, hysteria, and conspiracy theories. Their biased reporting has driven democracy into darkness and disarray. The NYT and Washington Post have promoted a crazy political agenda for over two years, aiding and abetting a coup de teat to overthrow a democratically-elected President. Where there is real corruption, these propaganda rags turn a blind eye. Whenever there is a sell-able conspiracy about the President, these propaganda rags are all over it, like maggots on trash.

For those journalists who could filter out the hysteria and keep a level head through the Russia-collusion hoax; they have preserved the integrity of journalism itself. They have also preserved a key tenet of American democracy: the presumption of innocence. Americans are innocent until proven guilty. For two years, these propaganda rags fabricated hysteria, connected false conspiratorial dots, and fostered uncanny suspicion to defame, blame, and mock a duly-elected President. Babbling liberal media such as CNN and MSNBC made the circus louder, twisting facts and fabricating stories of collusion within the Trump candidacy. When attorney William Barr presented the final conclusions of the Mueller investigation to Congress, the President was not only exonerated from the conspiracy theories, but there was also a great light penetrated into the heart of those who sought to undermine and overthrow a democratically-elected President.

Because these propaganda rags are hell-bent on distorting everything about the President and his America-first agenda, they are not journalism at all. They are all about political activism. This is what the President warns about when he says that fake news is the enemy of the people. Journalism has become weaponized for political gain, and with independent media being censored online, the weaponization of media has become like a second Civil War.

“Journalism awards” should be recalled

In February 2017, the NYT published a piece called, “Trump Campaign Aides Had Repeated Contacts with Russian Intelligence,” authored by Michael S. Schmidt, Mark Mazzetti and Matt Apuzzo. This piece claimed to have sources from “four current and former American officials” and “intercepted calls.” Even former FBI Director James B. Comey confirmed that the story was a lie. In a testimony to Congress, he told lawmakers to disregard the phony report because it was debunked by the intelligence community. The story, though, was never retracted nor corrected as a whole. Instead, the story was submitted for a journalism award and actually won a highly coveted Polk Award! The judges praised both propaganda rags: “Special recognition goes out this year to the staffs of The New York Times and The Washington Post for their extraordinary effort in uncovering the connection between the Trump presidential campaign and the Kremlin that led to Special Counsel Robert Mueller’s ongoing investigation,” the judges wrote. These “journalism awards” should be recalled.

These journalists aren’t the only ones who continually perpetuated hysteria about the Russia collusion hoax. Over the past two years, Yahoo News’ Michael Isikoff and Mother Jones’ David Corn continued their flimsy careers peddling leftist lunacy about the Trump Administration. The two even co-authored a book titled, “Russian Roulette.” Full of their own nonsense, they wrote on and on about Trump and Russian collusion, only to realize, after the two-year investigation was over, that they themselves are nothing but mindless pawns who promoted an empty conspiracy.

Therefore the good news is two-fold: the witch hunt failed, and the liberal activists posing as journalists have been exposed.