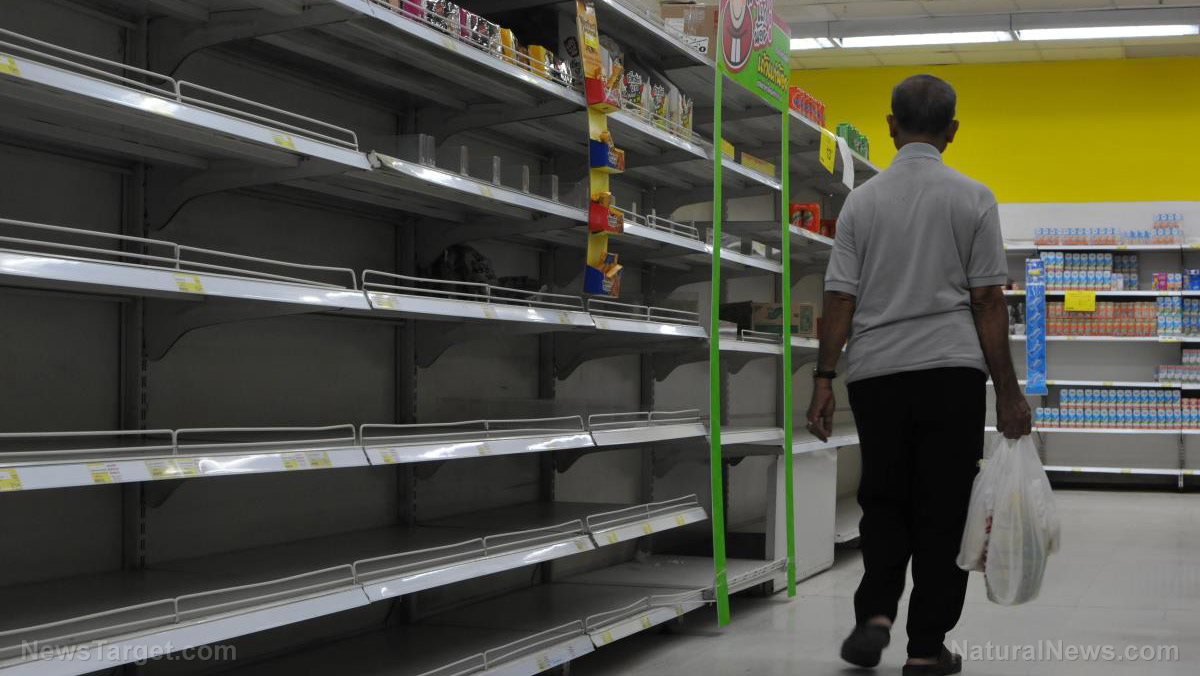 Worldwide, famine was responsible for around one million deaths each year in the century between the late 1880s and the end of the 1980s. Now, many of us may mistakenly believe that humanitarian policies and better infrastructure mean that this type of famine is a thing of the past.

While it is true that the death rate from starvation has been far lower in recent years – between 5 and 10 percent of what it once was – the combination of poor environmental policies, bad government, wars, and a complicated and delicately balanced network of global food supply chains means that mankind could once again be teetering on the brink of large-scale famine and starvation. (Related: World may be forced into vegetarianism due to food shortages, warn scientists.)

As reported by the BBC, Sarajevo, located in the Federation of Bosnia and Herzegovina, provides just one example of how quickly a city can go from thriving to starving. With virtually no warning, this modern, growing city went from hosting the winter Olympics in 1984, to full-scale war in 1992. Its nearly 400,000 inhabitants were trapped in the city for four years, almost entirely dependent on the limited amount of food that the United Nations was able to bring in on humanitarian aid flights.

Over 90 percent of the city’s inhabitants relied on this food aid, supplementing it with whatever they could grow in their gardens and share among themselves.

This type of sudden food shortage has taken place in other developed nations in subsequent years, most recently in Venezuela. The BBC reported:

It is one of the ironies of our modern world. Thanks to global food chains and international trade, we can transport produce across oceans in just a few days. We can find our supermarket shelves stacked with produce from all over the world, even from countries next door to those experiencing famine.

But even in developed nations, the prospect of food shortages are perhaps not as far away as we might like to believe. The international food chains that supply us with our favourite foods are precariously balanced.

And it doesn’t take a catastrophe like war or drought to disrupt them. In Venezuela, a country blessed with rich oil reserves, a political crisis driven by rocketing inflation has led to shortages of food and medicine, forcing families to live off rotten meat and leading millions to leave the country all together. The Eurozone crisis that sent Greece’s economy to the brink of collapse also brought food shortages to the struggling country.

The delicate web of supply chains crisscrossing the globe can be disrupted easily and suddenly, leaving unprepared consumers unexpectedly facing food shortages. This is what happened in the United Kingdom in 2000, when farmers and other protesters blockaded fuel depots and oil refineries, making it very difficult for supermarkets to restock their shelves since there was no fuel for their delivery trucks.

Even with these supply chains intact, the residents of the United States are by no means immune to hunger. According to the U.N.’s Food and Agricultural Organization, although the U.S. is one of the globe’s biggest food exporters, around 12 percent of American households are labeled “food insecure,” with over 6.5 million children going hungry every day. (Related: Billions to suffer food shortages.)

The reality is that food is likely to become an increasingly scarce commodity, political instability and other factors make every American city vulnerable to sudden food shortages, and even the food we do have access to is tainted with fertilizers, pesticides and other chemicals.

With these facts in mind, it is vital that every American household prepare now to be self-sufficient in the future. Learn more at Preparedness.news.